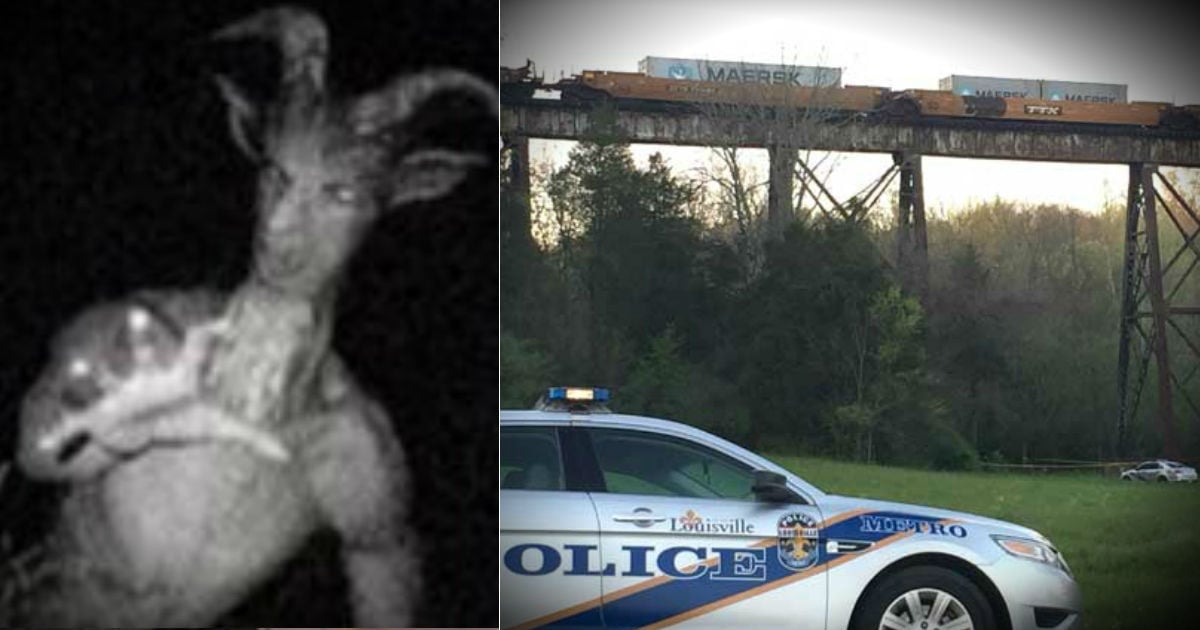 To apologize, or not to apologize. . . Whether we mean to or not, there will be times when we say or do something that hurts someone we love. And how we handle that hurt can make all the difference in that relationship. In fact, the right apology can start the healing process for a troubled relationship. But the wrong actions can do unrepairable damage.

Best-selling author Meg Meeker, MD is one of America’s leading authorities on parenting, and I found this devotional from her newest book to be eye-opening on the subject of how we should be saying sorry. She’s written it from the perspective of a dad to a daughter, but there’s much wisdom here about how to apologize that we could apply to ANY person we may have wronged. 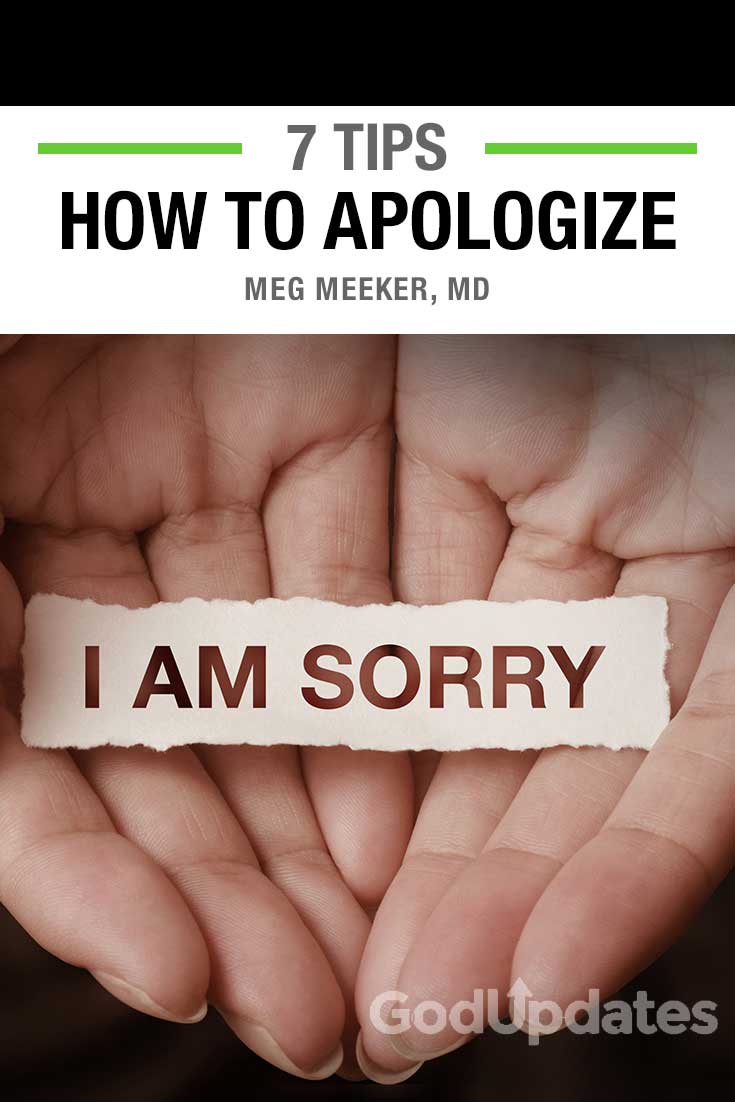 Therefore, if you are offering your gift at the altar and there remember that your brother or sister has something against you, leave your gift there in front of the altar. First go and be reconciled to them; then come and offer your gift.

Is it just me, or does it seem to you that good, old-fashioned apologizing is going the way of the 8-track player? A politician, for example, is caught with his hands in the till (or all over his young, pretty assistant). What follows is a predictable barrage of press releases and carefully orchestrated press conferences. Instead of speaking from the heart, the nervous politician reads from a prepared text, the language parsed and nuanced and tortured. Instead of mea culpa, we hear moaning about enemies. Instead of overt apologizing, we hear lots of subtle rationalizing. Instead of humility, hubris. Rationalizing is selfish. Shifting blame is cowardice.

Apologizing, on the other hand, is accepting responsibility, which is the very essence of masculinity. A real man rejects passivity, takes responsibility, and leads courageously. When a real man messes up, he steps forward and fesses up. Any coward can duck into the shadows or throw someone else under the bus. It takes a great man to step forward and admit, "That's on me. I did that. It's nobody else's fault. I was wrong. I am sorry. Let me try to make it right."

When a quarterback makes a bad throw or a point guard makes a bad pass and then taps his chest and says, "My fault," you respect him for it. It's owning up, it's taking responsibility, it's virtuous humility.

RELATED: What Does The Bible Say About Apologizing?

Your daughter wants and needs to see that kind of humility in you. Even if she's little, she intuitively knows the rightness of admitting to wrong. When she sees you do that, you become an even bigger hero in her eyes than you already are. What's more, in the process, you set the bar high for the kind of man she will want to marry: a responsible man, not an excuse-making finger-pointer.

We're all sinners and it shouldn't be a blow to anyone's ego that we have ugly moments and bad days (even years). Ironically Jesus said we're not really blessed until we finally realize how broken and messed up we really are (Matthew 5:3).

In the verse at the beginning of this chapter, Christ emphasizes our supreme need to be right with others. He goes so far as to say, "Even if you're in the middle of worship, if you remember you've wronged someone, stop. Leave. First go and make things right with the person you've offended. Then come back and finish worshipping." That's what God means when He tells us to pursue righteousness (see 2 Timothy 2:22); we're to make things right.

Don't explain away your behavior. Own it. As Benjamin Franklin wisely counseled,

"Never ruin an apology with an excuse."

Some would say "I'm sorry" is just a phrase. And what good are words against a long list of offenses? If the phrase is said mechanically or insincerely, then, yes, it's not worth saying. But spoken by a father who is grieved by the hurt he has caused, "I'm sorry" is a great start. Genuine sorrow is powerful. This is what Lynn Johnston, cartoonist of For Better or For Worse fame, meant when she said, "An apology is the superglue of life. It can repair just about anything."

In Strong Father, Strong Daughters, I wrote these words: "I have known many successful men who embody extraordinary humility. They are successful professionally, intellectually, and emotionally because they understand that life is bigger than they are. Their work and their being fit into a much larger picture. Their successes not only benefit themselves–they also help those around them. A father's humility is a gift to his daughter" (p.78). Oftentimes that humility comes in the form of a simple, heartfelt apology.

Your daughter won't be disappointed if you apologize; she won't think you're weak. On the contrary, she'll be drawn to your honesty and the strength inherent in your humility. And she'll be learning a crucial life skill.

God, when pride or insecurity prevent me from apologizing for my mistakes, help me to get over that to find Your grace, and to make amends. Amen.

Someone has said that our offenses–until we admit and really deal with them–act as a kind of wall between us and those we've wronged. Even if time has passed and civility has returned, those unresolved and unaddressed tensions foster a lingering mistrust and distance. But when we acknowledge our faults and failures, when we apologize and seek forgiveness, they become–in an odd but real way–a bridge to the other person.

Do some personal soul-searching.

Think back over your recent interactions with your daughter. Ask yourself:

If as you ponder that list, you realize you have caused harm or hurt feelings in thought, word, or deed, then take action. You might need to make an "Apology Tour." That's okay. We need more men and fathers like that. 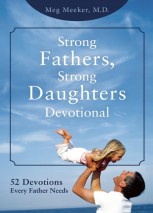 YOU MAY ALSO LIKE: 5 Easy Ways Dads Can Prevent "Daughter Crisis"