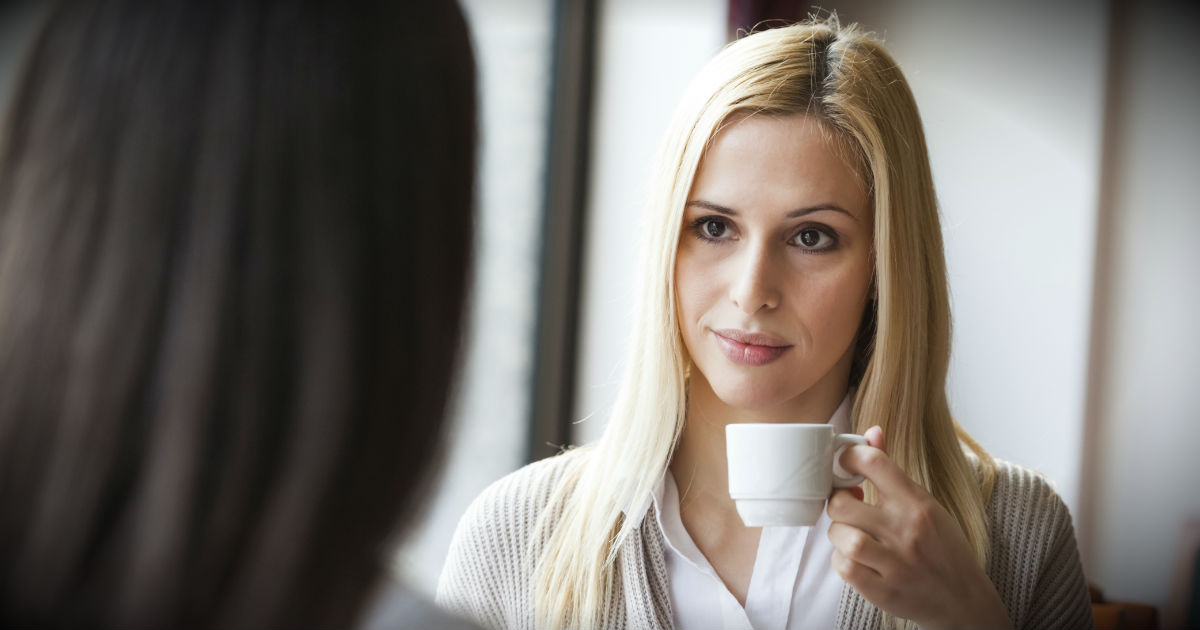 Anyone who’s ever seen the 1986 movie “Stand By Me” will likely never forget the nail-biting scene where four kids decide to take a shortcut by walking across a train trestle. Needless to say, it’s a decision that nearly spells disaster for the group. Yet, believe it or not, the man vs. train scenario is far more common offscreen than you’d expect. The big difference, however, is that the real-life ending rarely matches the Hollywood version, where all four friends manage to narrowly escape death by either outrunning the train or jumping to safety over the side of the train trestle. Which is why everyone needs to hear this train warning! 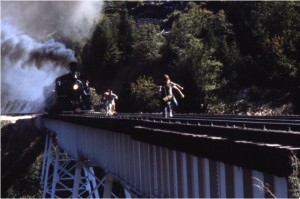 Credit: “Stand By Me” Columbia Pictures 1986

There are many different reasons people decide to wander along train tracks, despite the seemingly obvious danger. For a young couple visiting Louisville, it was curiosity over a local myth of “The Goatman” that drew them out onto a train trestle, despite the chain link fence and warning signs meant to keep people out. Sadly, what the pair likely viewed as innocent fun quickly turned tragic.

The act of proving or disproving an urban legend often encourages risky behavior and is no different with the myth of “The Goatman” — a creature who is half-goat and half-man said to appear once you cross an old, but still active train trestle. 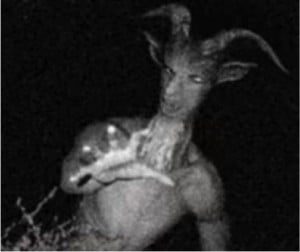 The couple, who were visiting from Ohio, decided to investigate the myth themselves. They may have even mistaken the old train trestle to no longer be in use — an assumption that author and historian David Domine says many thrill-seekers make. 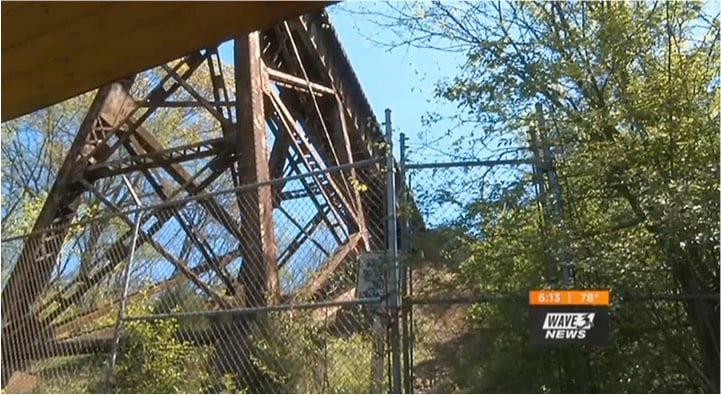 Whatever the case, once up on the train trestle, the couple was surprised by an oncoming train. Though fictionalized events in movies sometimes convince people of the possibility of outrunning a train, the reality is that you’d actually have to run faster than Usain Bolt, the fastest man in the world, just to keep up with the train.

This left the couple with two option — jump off the trestle to an 80 to 100-foot fall or hang over the side. They chose the second option.

RELATED: Mom warns everyone of the online ‘pass-out’ game after her 11-year-old son dies

The young man was able to hold on to the side of the train trestle and survive. Sadly, his girlfriend was not fast enough. She was hit by the train and regrettably lost her life that night. 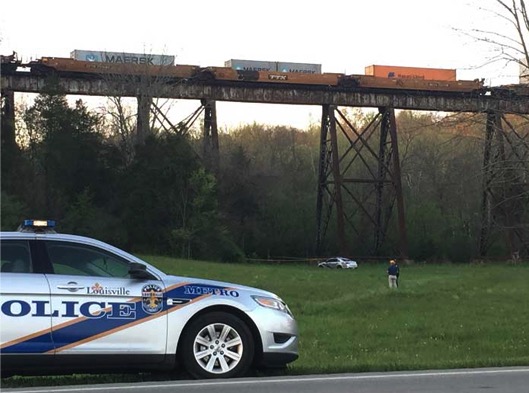 The most heartbreaking piece of this tragedy is that it could have easily been avoided. But it happens more often than you’d expect and is not merely limited to thrill-seekers.

Train Warning For All

Photographers — both professional and amateur — often take this risk as well. Three teens in Maryland recently ventured out to a nearby train track to take some photographs for a class project. But the photo shoot turned tragic when a train traveling 70 mph surprised 16-year-old John, his girlfriend and her twin sister who was taking the photos. 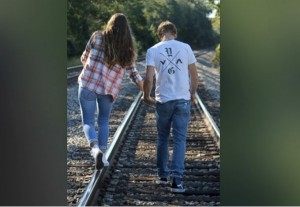 They attempted to jump off the tracks to safety, but a train is actually much wider than the tracks. The wind from the speeding locomotive pushed the girls to safety, but sadly the young man was hit and killed.

These are only a few out of many instances where pedestrians underestimate the danger surrounding train tracks and train trestles. In fact, according to Operation Lifesaver, a non-profit dedicated to rail safety public education, a person or car is hit by a train about every three hours.

RELATED: A complete stranger saves a young woman’s life on a train

The accidents typically result from some common misconceptions we hope to dispel in this article. 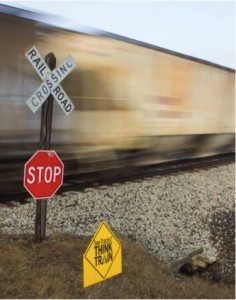 Train Warning #1 — Trains are faster and quieter than you think.

Folks often assume they will hear an oncoming train long before they are in danger. But what they don’t realize is that today’s trains are quieter than ever, and no long make the old-fashioned “clackety-clack” that used to be a telltale sign of an oncoming train. And as Operation Lifesaver points out, any approaching train is always closer and moving faster than you think.

Train Warning #2 — By the time they see you, it’s already too late.

A freight train can weigh up to 6,500 tons and take more than a mile — up to 18 football fields — to stop. It can also take anywhere from 1 to 2 minutes from emergency brake to full stop. So, by the time the engineer sees you and decides to stop, it’s already too late.

Train trestles sit high above creeks, rivers or roads below. Therefore, it’s easy to understand that a hundred foot jump over the side would be just as deadly as being hit by the train. But for ground-level railroad tracks, many people don’t realize just how wide trains are. They operate under the assumption that they can simply jump off of the tracks to avoid being hit. But a train can extend three feet or more beyond the steel rail, and loose straps hanging off of rail cars can extend even further, putting the safety zone for pedestrians well beyond the three-foot mark.

Trains do not follow any set schedule, so they can literally come by at any time. Immediately crossing the tracks after a train passes is a dangerous practice. Trains can come from any direction, and a second train might be blocked by the first. Wait until you can see clearly around the first train in both directions. 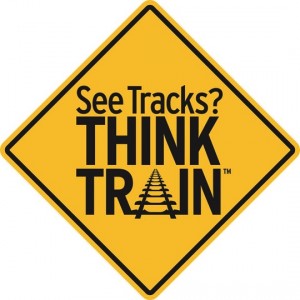 For even more train warning facts, be sure to visit the list posted on the Operation Lifesaver website here.

Please be sure that this important warning is heard by all so that no more lives are lost unnecessarily!

"Do not turn to mediums or necromancers; do not seek them out, and so make yourselves unclean by them: I am the Lord your God.” Leviticus 19:31

YOU MAY ALSO LIKE: See What One Brave Woman Did To Calm An Erratic Man On A Train