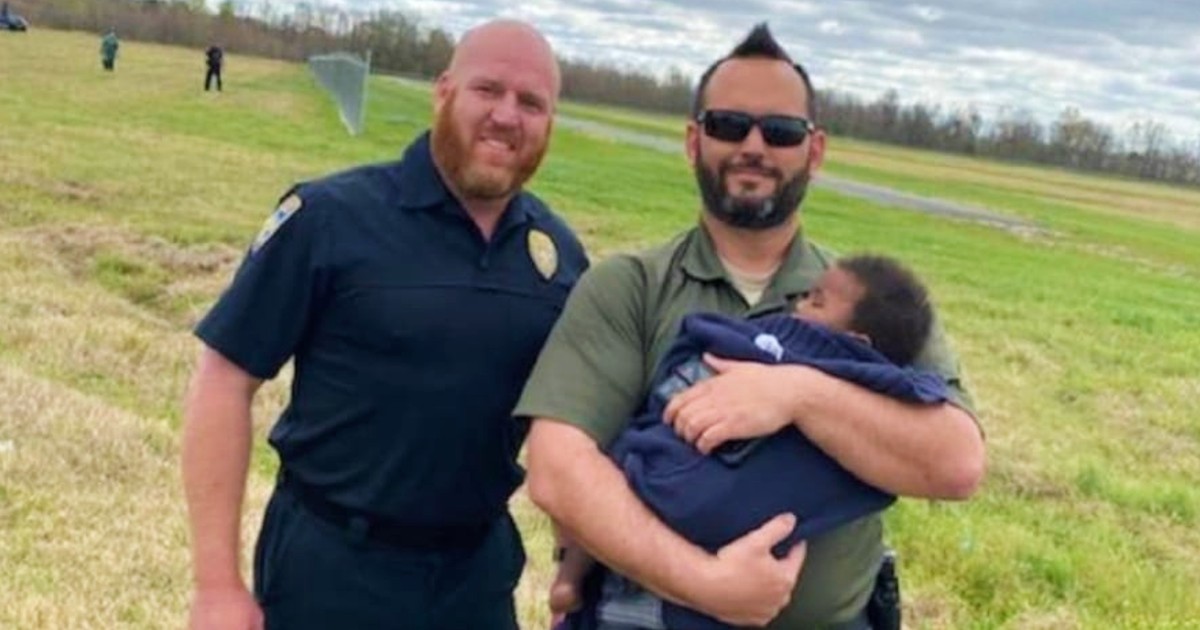 Doaa and Ali's baby had half-a-heart syndrome and was expected to die in utero or shortly after birth. However, an episode from a mega-hit television show gave the couple hope!

RELATED: Baby Spends 61 Minutes With No Heartbeat But Gets Miracle Just As Doctor Gives Up

Imagine being an expectant parent and learning that your unborn child has a heart defect. Now imagine that your doctors have told you there is nothing they can do for your sweet baby. This was the crisis that Ali Ghaib and Doaa Saleh, living in Dubai at the time, were faced with!

Doaa was 20 weeks into her pregnancy when she and her husband Ali learned that their baby had a congenital heart defect. In the United States, about one in every 100 babies born each year have heart defects.

Doaa is a doctor herself, but she is also a huge fan of Grey's Anatomy. Though devastated by the news doctors had given her and Ali, she recalled an episode of Shonda Rhimes's famous TV show about the brilliant surgeons of Seattle that sounded similar to her situation.

The program's doctors, Addison Montgomery, Arizona Robbins, and Nicole Herman have done incredible work on "tiny humans," but they were just the inspiration for Doaa and Ali's search beyond the medical limitations in their own country.

The Ghaib family traveled all the way to Cleveland, Ohio, the location of University Hospitals Rainbow Babies and Children's Hospital, to get the help their little one with half-a-heart syndrome needed. Dr. James Strainic and the Congenital Heart Collaborative was the team Doaa and Ali selected, from only a handful in the world, to do the rare and life-saving procedure.

Doctors Perform Procedure To Save Baby

That procedure, a fetal pulmonary valvuloplasty, required Dr. Strainic to use an ultrasound to maneuver a needle through Doaa's abdomen and into their child's precious heart. Dr. Strainic then used a small balloon, which once blown up works to unloose the closed valve so that the whole heart works as it should.

The family's travel was surely exhausting, consisting of a 22-hour flight to an unknown city 7,000 miles from their home. But, Doaa demonstrated a second dose of endurance. You see, the complicated procedure is performed while the mother is awake, and it requires that the baby moves into the perfect position. For some mothers that can take many hours. It took "days" for Doaa. She's one dedicated mother!

The questioning, research, travel, unknown, risks-they were all worth it for Ali, Doaa, big sister, and Baby Nadine! Nadine is now a happy, healthy, and, by all accounts, feisty little girl!

The Ghaib family returned to Dubai with their new baby and insights about available treatments, causing doctors there to share the options with families in similar situations. "When we went back to Dubai and the doctors there saw the results of Nadine's heart surgery and her amazing recovery, they saw her like a miracle baby," said Doaa.

"I could’ve never imagined that Grey’s Anatomy could literally change my baby’s life," Doaa said. "That it could save it!" Doaa shares her family's journey on social media, and Nadine is now living with the crew in Montreal, Canada.

YOU MAY ALSO: Baby Doing The Git Up Dance Goes Crazy Viral But It's So Much More Than Just Another Cute Video

There is just no telling where Nadine will go in her life. "Nadine" means "hope," which is exactly what one fictional Grey's Anatomy episode gave Doaa and exactly what their story gives other families!

WATCH: How Grey’s Anatomy Helped Save Baby With Half-A-Heart Syndrome