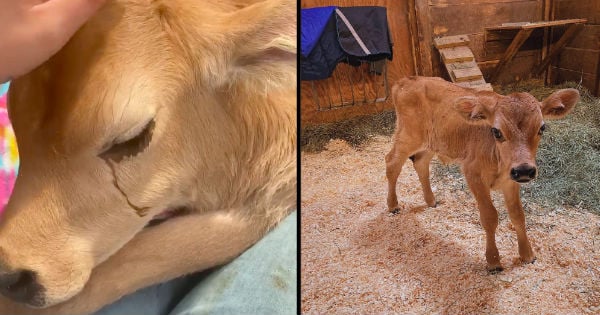 Phil Heckels, a 38-year-old dad from the UK, doesn’t consider his bad pet drawings art. In fact, he’s never drawn before in his life and doesn’t consider himself an artist. Yet his pet portraits are fetching top dollar. Read on to hear the inspiring reason why!

Phil Heckels is now an Internet sensation under the pseudonym of Hercule Van Wolfwinkle.

And as with is the case with most inspiring short stories like Phil’s, the internet fame happened completely by accident.

It all began when Phil was trying to encourage his 6-year-old son to make a thank you card for a family member. Phil doodled alongside his son and decided to sketch their beloved dog, Narla. He uploaded his “bad pet drawings” for a laugh at the price of about $390 US.

“They were really rubbish,” he said of the pet portraits. “I'm not an artist and have never really drawn in my life.”

But Phil’s friends loved his amateur sketches. They started asking him to draw their pets, too. By the end of the day, Phil had completed about 5 portraits and says “we’d all had a giggle in the process.”

And that’s when he started sharing his bad pet drawings on social media under a Facebook page he created called Pet Portraits By Hercule.

“I’m just having a laugh with it,” Phil said. “People seem to be enjoying it and I’m certainly enjoying it.”

“I can’t take any money for it so give some money to charity,” he told his clients.

And that’s exactly what happened. Phil started “selling” his bad pet drawings to help the homeless!

Phil and his family have supported a local homeless charity called Turning Tides for years because he has a special heart for those who are down and out.

“It’s an absolute basic human need to have a roof over your head,” he said.

Now, Phil Heckels had a way to help this organization like never before. He set up a fundraising page where folks could make donations to the charity. When someone requests a pet portrait, Phil does the drawing for free and simply asks that the recipient make a donation in whatever amount they can afford.

Though Phil works as a real estate agent by day, he’s spending his free time selling his art for the homeless. And he says he’ll keep at it as long as the demand is there.

It is like a little bit of fun and a little bit of light when there isn’t much to be cheery about at the minute,” Phil said. “I would die a happy man if I could spend the rest of my life doing this.”

Phil may have considered his portraits rubbish, but that’s the beauty of art. It’s completely subjective. One man’s bad pet drawing is another man’s treasured pet portrait.

Too often we feel like we have to be “the best” in order to serve God. But He can take anything and use it for His purpose.

YOU MAY ALSO LIKE: Uncle's Silly Voices Have Baby Laughing Hysterically As He Reads Her A Story

“And whatever you do, do it heartily, as to the Lord, and not to men; Knowing that of the Lord you shall receive the reward of the inheritance: for you serve the Lord Christ.” Colossians 3:23-24

“Whether therefore you eat, or drink, or whatever you do, do all to the glory of God.” 1 Corinthians 10:31

“And whatever you do in word or deed, do all in the name of the Lord Jesus, giving thanks to God and the Father by him.” Colossians 3:17