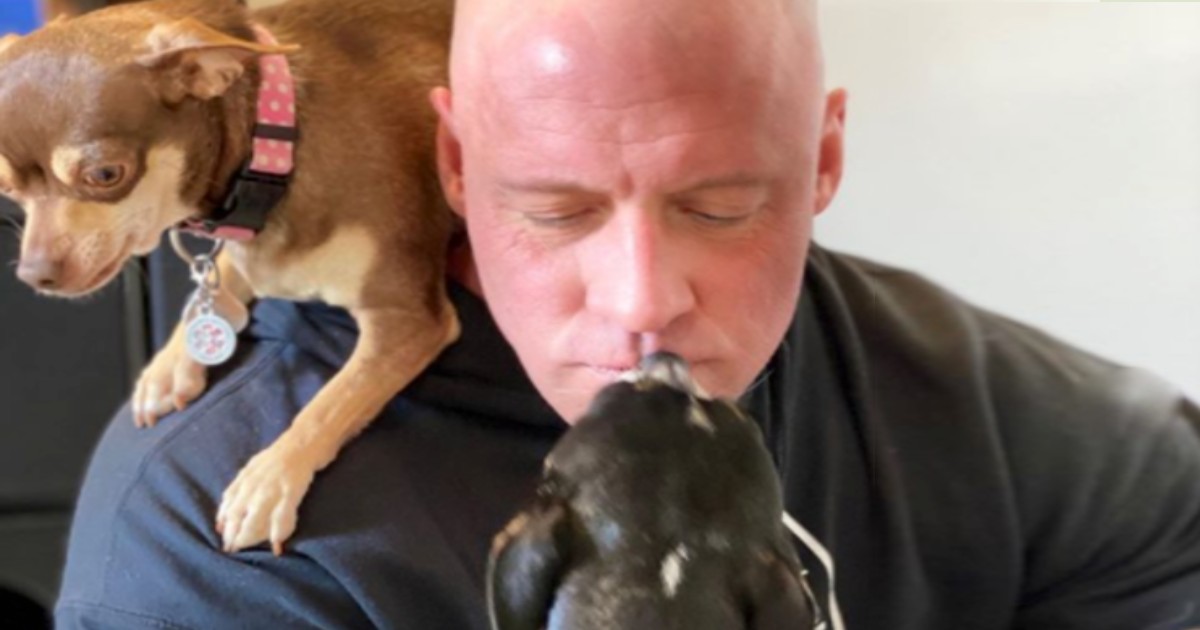 Angels saved a three-day-old calf from deplorable conditions, and now the poor baby is thriving!

Just days after the sweet calf, JD, was born, he was chained to a wall. He was found and saved by Animal Sanctuary in North Haven, Connecticut. They took in the three-day-old calf who "was tied up by the chain attached to a piece of baling twine around his neck”, according to the Facebook post.

RELATED: He Was In A Dark Place Until God Used A Favor To Bring Him A Whole New Purpose In Life

The Sanctuary shared many updates including, "This little boy is flourishing like a beautiful little flower." The post then went on to read, "His blood work came back mostly normal, his protein is a little low which insinuates he is likely a ‘failure of passive transfer calf.' This means he was taken away from his mother too early and didn't get enough colostrum from her. Colostrum is so important for the babies to get, because it's what gives all of the mother's antibodies to the babies."

L'il JD was doing well until he took a sudden turn for the worst. Sadly, as the calf's recovery continued, his health began to decline. According to the post which followed the update he was, "laying down flat on his side unresponsive."

Angels Saved Calf After He Was Found In Terrible Conditions

It was determined he had most likely fallen septic from a respiratory infection, and he was placed on antibiotics. Sepsis is when the infection gets so bad, that it starts to shut down important organs. Another update read, "that's the life of a baby who didn't get any colostrum from momma, or quality colostrum for that matter," the update then went on to add "He's so young and trying desperately to build his own immune system, and we have to support him every step of the way."

A week later, little JD started to show symptoms of bloody diarrhea, which in result he was given more antibiotics. The calf has been brave in this and is still showing progress.

“He's really coming out of his shell and is the funniest little guy ever!” Shared one of the most recent updates. “He's getting stronger and so much more lively. He wants to head butt and play and run around every morning. He's really getting quite bored with quarantine, and he really can't wait to meet all his new friends.”

YOU MAY ALSO LIKE: Heartbroken Owner Pens a Moving Obituary For Her Dog And It Calls For All The Tissues

"There's been a lot of animals that have come through our sanctuary,” Megan Pereira with the sanctuary shared. “Unfortunately, some who have left us and some leave bigger marks than others, but he will certainly be one that's changed my life for the better." JD will continue at the facility for the rest of his recovery and hopefully will be released happily onto a farm soon.