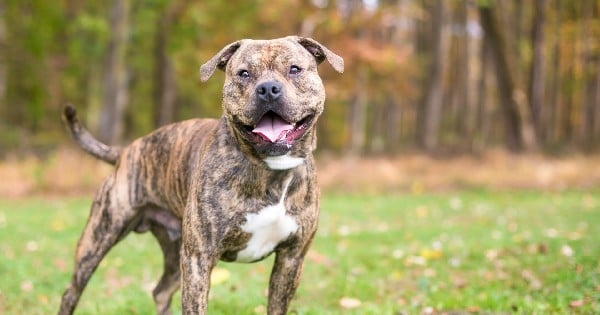 God Saved Her From Death Row. And Thanks To An Amazing Officer, This Pup Is Getting A Second Chance At Life.
Read Article »

Angels were sent to lift this mama’s spirit.

Animals grieve, too, especially when they lose an offspring. This mama cat, named Mikey {was thought to be a male, hence the name, but she’s a mom} gave birth to her 3 kitten litter but suffered a terrible loss as each one began to die. Her owner, Hillary, could not just stand by and do nothing. What she did next will have you sighing in relief. What a great Mother’s Day celebration in the world of cats!

Hillary was so sad for her 8-month old mama cat, Mikey, as she mourned and grieved the loss of her litter. And as the last kitten was fighting to stay alive, unbeknownst to Hillary, a shelter nearby had received three kittens to foster – so “new” born their umbilical cords were still attached! Wow- this is God at work caring for even his smallest of creatures.

Hillary, in a last-ditch effort, contacted a shelter asking for help. Hillary spoke with Dori Hillman in Houston who runs the organization Dori’s Darlings which is a cat rescue group.

Dori knew of a foster mom, Amanda Lowe, who was caring for 3 newborn kittens (mentioned above). You see where this is going, don’t you?

The women all agreed this is exactly what Mikey needed. As they introduced Mikey to the kittens, the woman all hoped and prayed that they would all accept each other.

Amanda brought the kittens over and in a soothing voice, said to Mikey, “I have some babies for you so you can be a mommy again.”

Mikey seemed to understand and immediately began loving on her adopted babies. Mikey began licking them and hugging them and within minutes, the kittens latched on and began feeding. SUCCESS!

After a few hours passed, it was clear to all involved, that Mikey and her new babies would be just fine. Mikey was clearly happy and content as her new angels snuggled, ate and played with their new momma!!