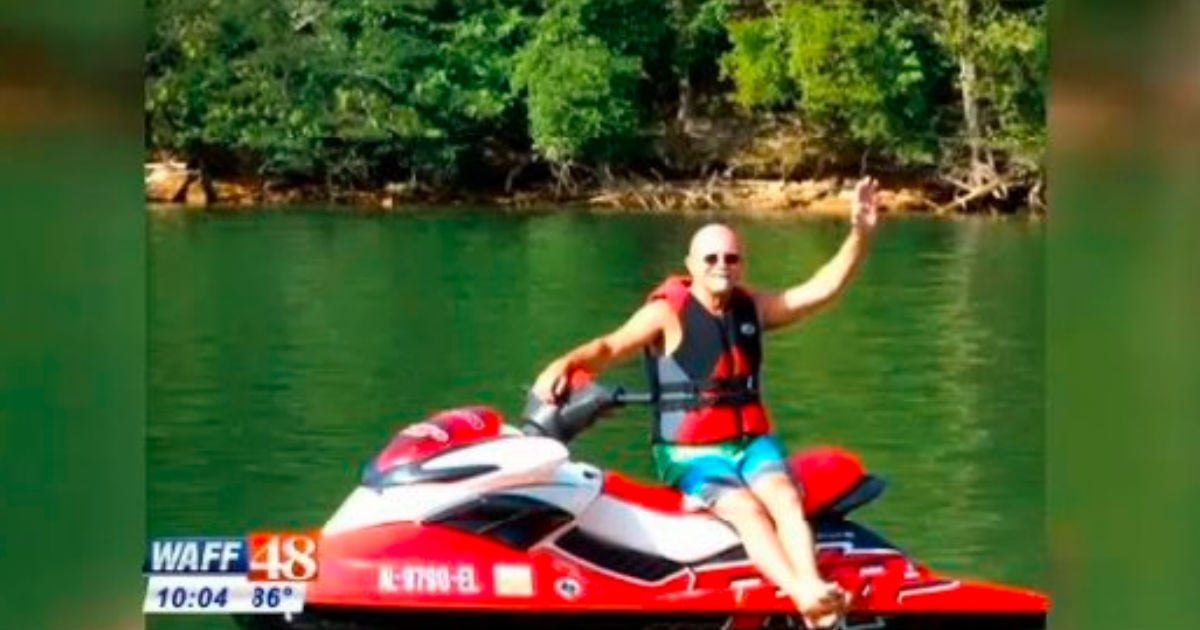 This Grandpa Nearly Drowned. But His 6-Year-Old Grandson Was The Answer To His Prayers!
Read Article »

Stacey Jarrard and Jeri Meier save lives every day. God called both of them to the medical field so that they could help people. But typically these ladies are taking care of patients within the walls of EASTAR Health System, the hospital where they work. But one fateful night, God made sure they were in the right place at the right time so another woman's life could be saved.

Jeri is the director of behavioral health at the EASTAR hospital in Oklahoma. She's usually one to work late, but she decided to leave early one Monday evening. Stacey, an emergency room nurse at the same hospital, left around the same time, but decided to take a different route home. Both women were traveling the down the same highway when they spotted a young woman on a pedestrian bridge who was clearly considering jumping.

Jeri called 911 as she pulled over. With 35 years of experience in psychiatric nursing, it was obvious that God put her there for a reason. She got out of her car, and over the noisy traffic, began trying to talk the young woman down.

The woman did not want Jeri's help. She even let go as if to fall, but thankfully had second thoughts and pulled back.

Just as Jeri was thinking to herself that she needed help, she saw that God had sent reinforcements! Stacey had pulled over as well and was headed her way.

"I thought, ‘thank God,' because I knew that between the two of us we had a far greater opportunity to get her safely off that bridge because we had worked together before." said Jeri.

Stacey had originally pulled over because she thought there had been an accident. But as she neared Jeri and the young woman, she realized quickly what was really happening. She, too, began talking to the woman, urging her to come down.

Around that time, police and firefighters arrived along with an ambulance. This only caused the potential jumper to become more agitated. But Jeri and Stacey just continued to talk to her, trying to calm the woman. Jeri knew as long as they kept the woman's attention, they stood a good chance at saving her life.

"We would be able to keep her up there until she either became exhausted or gave up," Jeri said. "As long as she was up there, she was alive. When I wasn't talking, I was praying.”

As the first responders began to approach the scene, the woman on the bridge became increasingly agitated. She was starting to panick. Stacey and Jeri knew they needed to act fast.

Stacey explained to the woman that if she was to jump from the bridge, it would not kill her, but instead would injure her severely, and that she would then only be in more pain. Finally, this was the breakthrough for which they'd been praying. After 20 minutes of standing on the ledge of the bridge, the woman began sobbing uncontrollably, and collapsed backwards to safety.

The woman allowed Stacey to come to her side, where the nurse explained that she would be taken to the emergency room. The woman requested that Stacey come with her, and the nurse promised she would meet her there.

"It was God's grace that we saw her to safety" Jeri says of the experience.

Thanks to the actions of Jeri and Stacey, a woman who had given up and thought no one cared was able to feel God's love through two complete strangers. God's divine appointment placed these amazing women, with their hearts for healing, right where they needed to be. What an amazing God we serve!