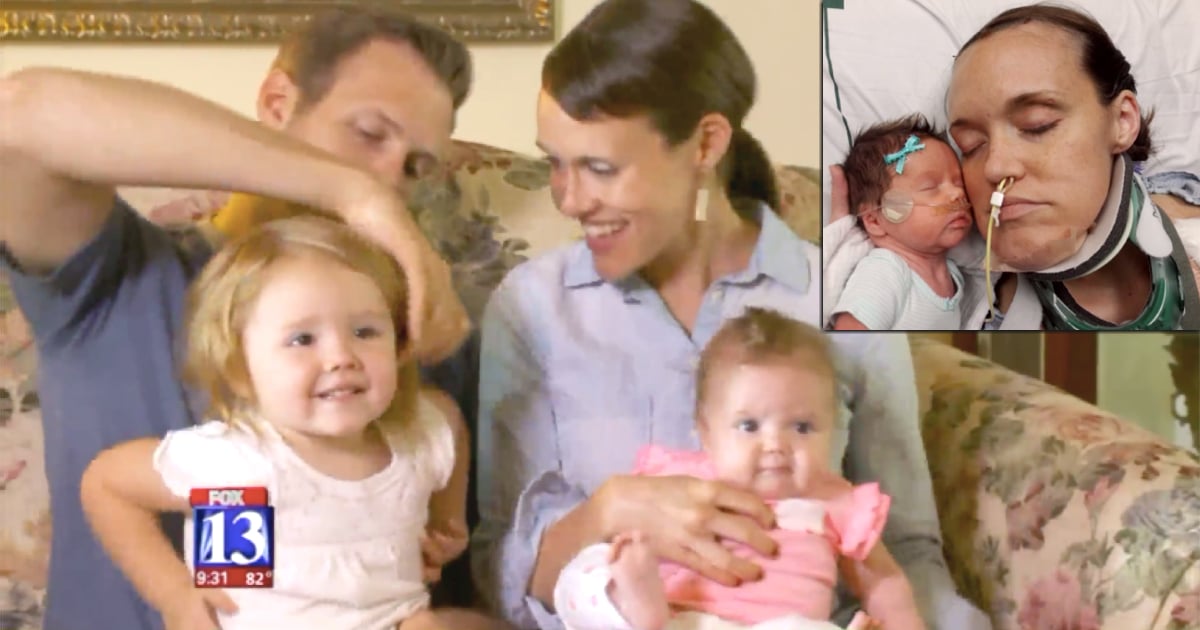 When a freak accident sent a pipe flying through the windshield, it should have connected directly with Steve Montgomery’s face. Yet, it didn’t. And Steve credits an angel on earth with keeping him safe during the horrifying incident. 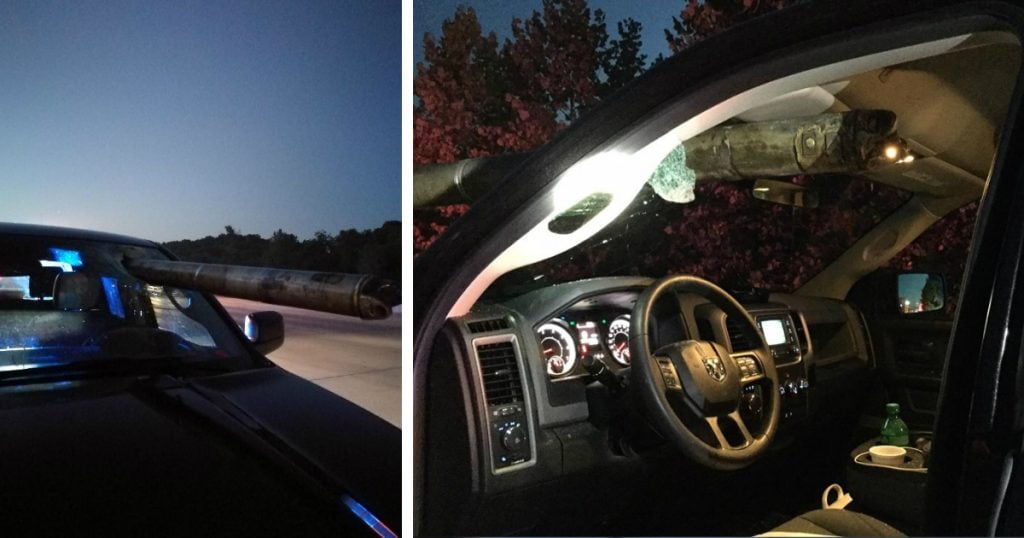 Missouri man Steve Montgomery was headed home from a painting job on the evening of the accident. As he drove down the interstate, he noticed what looked like a pipe rolling around in the road.

Just then, a tow truck drove over the pipe. And instead of rolling, it sent the pipe flying through the windshield of Steve’s truck!

Pipe Flying Through The Windshield

Turns out the pipe was a drive shaft. And where it went through the windshield, it should have impaled Steve. . . but miraculously it didn’t.

"It shot it out in the air, it was just flipping and flipping and flipping...like somebody grabbed it out of the air,” Steve recalled, “...it's just like (they) just took it and speared it into the truck. ... I couldn't actually sit up because the drive shaft was right where my face was. ... I shouldn't even be here talking to you."

In fact, the couple driving in front of Steve pulled over, certain he had to be dead. Yet, despite the fact that Steve couldn’t lift his head to see out the windshield, he somehow managed to safely steer his truck over to the side of the road.

It’s yet another amazing feat he credits to his guardian angel.

"I think an angel was driving the truck," Steve said. "When I was down and I couldn't see the highway to keep it in the road, somebody else was driving that truck."

Steve was even more sure of the angelic presence when he snapped some photos following the accident. In one, a “V” shaped cloud formation represents angel wings to Steve. 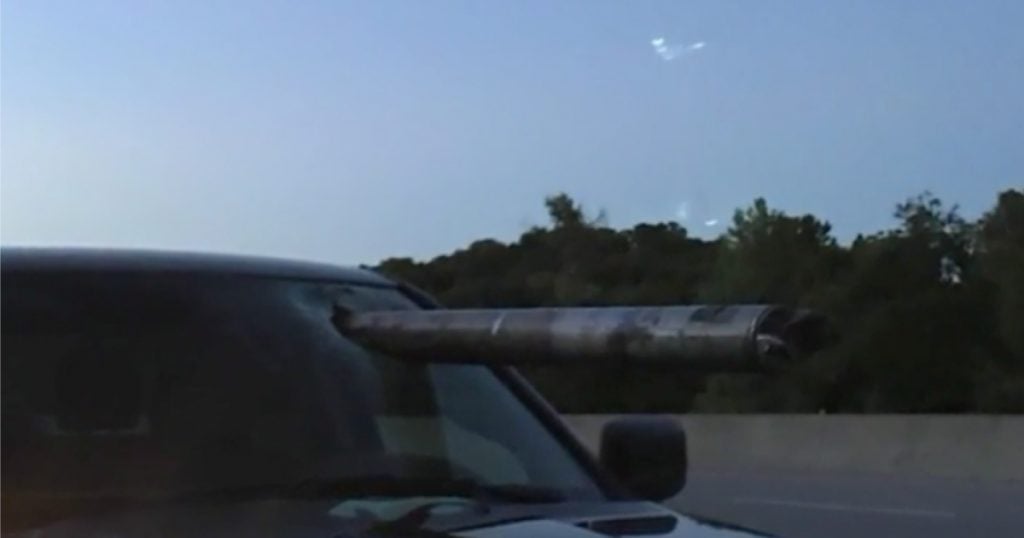 And it’s a reminder of how blessed he was that day!

WATCH: Angel on Earth Saves Man When Pipe Flew Through The Windshield

YOU MAY ALSO LIKE: Mysterious Figure Appears Over A Cabin That Was Miraculously Spared From Raging Fire 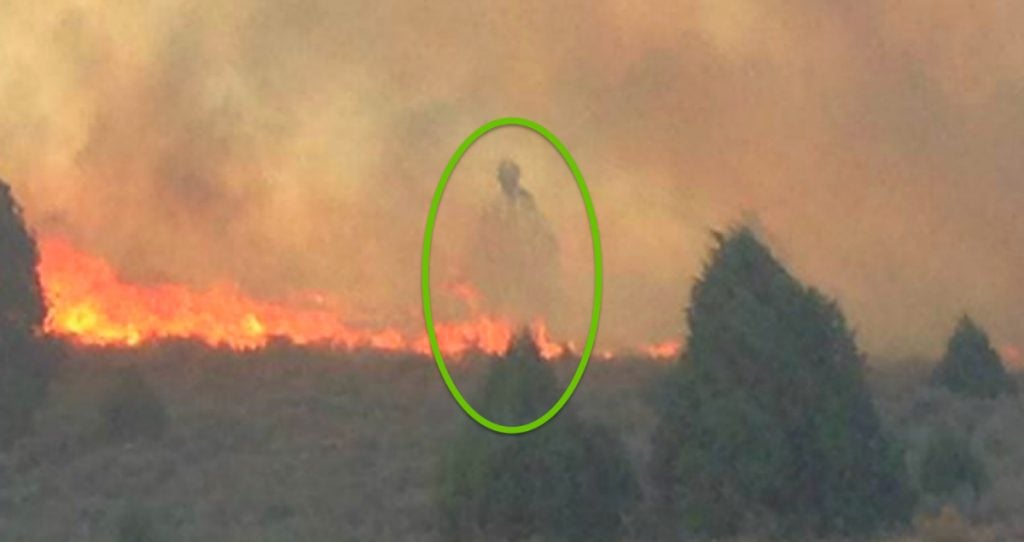