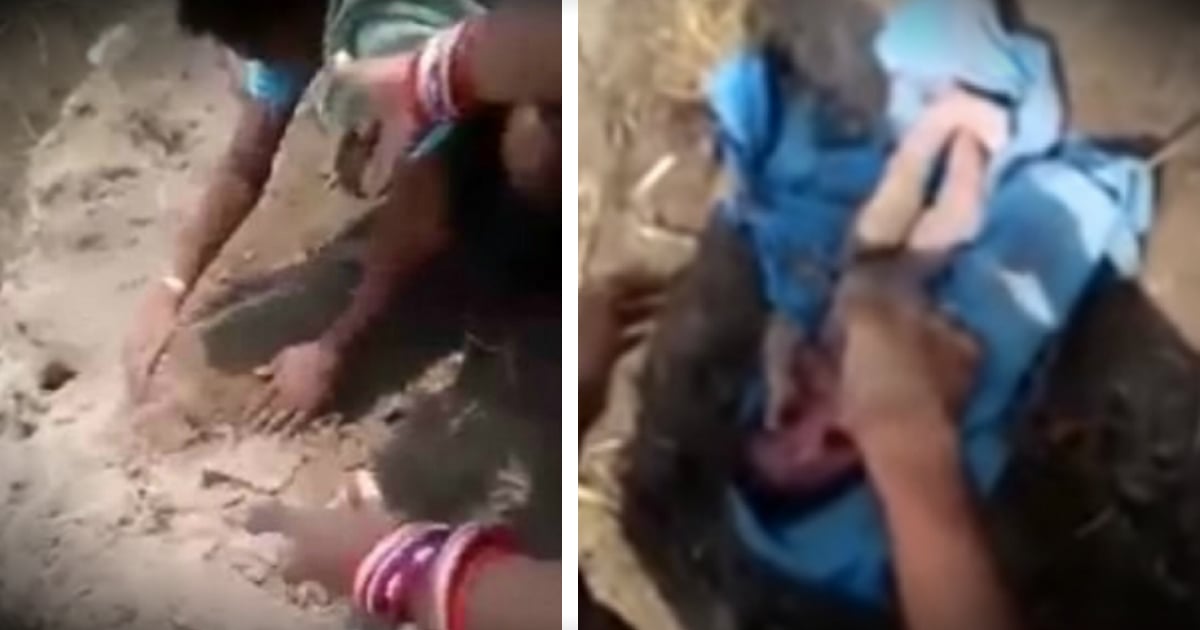 Little J.T. Parker is a hero. He saved his dad’s life. But J.T. says he didn’t do it alone. The 8-year-old boy credits angels with giving him the strength needed to lift the car that was crushing his dad!

Like most little boys, J.T. wanted to help his dad, Stephen. So, when Stephen and J.T.’s 17-year-old brother, Mason, went out to do some maintenance work on the car at their Idaho home, J.T. was right by their side.

It took Stephen and Mason working together to manage to get the car up on the car jack. Then, Stephen slipped underneath and started removing the axels.

Mason accidentally cut his hand, so he went inside to tend to the wound. And as Stephen went to take off the second axel, disaster struck.

The car fell right on top of Stephen, pinning him underneath. The weight of the car was crushing Stephen and he struggled to breathe.

“I couldn't move at all,” Stephen remembers. “I was totally trapped, and then I passed out. It was all in his hands, and I thought, ‘This is it. There's no way he can jack up this car because it took my 17-year-old son and I both to jack it up the first time.”

Time was of the essence, and J.T. knew it was up to him to save his dad. But at just 50 pounds, how would he ever manage to jack the car back up?

The terrified boy jumped up and down on the jack. At first, nothing happened.

"It was scary, and I didn't think that I could jack the car up, but I just kept on trying," J.T. said.

Eventually, the car started slowly rising up. With it high enough off Stephen, J.T. dashed inside and got his brother to call for help.

"All I remember is I felt peace," Stephen said. "I remember seeing white, like a nice happy day. The clouds were going by, and everything was happy and peaceful."

J.T.’s mom, Jodi, pulled into the driveway right after. Her heart sank when she saw Stephen under the car. The family huddled together, waiting for the help to arrive and praying for a miracle.

RELATED: Biker credits guardian angels and divine intervention in saving him from crash

Stephen’s condition was critical. So, a helicopter airlifted him to the hospital. There, it became clear that guardian angels were certainly with the family that day. While Stephen had 13 broken ribs, he had absolutely no internal damage.

“It was just a miracle,” Stephen said.

WATCH: Boy Credits Angels With Helping Him Save Dad

Once things settled down a bit, they asked J.T. to try jacking up the car again. Though he tried and tried, the little boy has never once been able to do it again. And whenever anyone asks him how he found the strength to free his dad that day, he gives the same answer. The little boy credits angels!

The American Red Cross of Greater Idaho presented J.T. with one of its "East Idaho Real Heroes" award. But of course, saving his dad was reward enough. And the family is giving all of the glory to God!

"This whole thing is a miracle. There's no other way to describe it," Jodi said. "There's no way that little boy could have done that. I just felt that it was a responsibility we now have to tell people that miracles still exist."

True Stories about Angels on Earth

This article is part of a series of articles about angels on earth. Here are links to some other true stories about angels so you can read these accounts for yourself and be blessed.