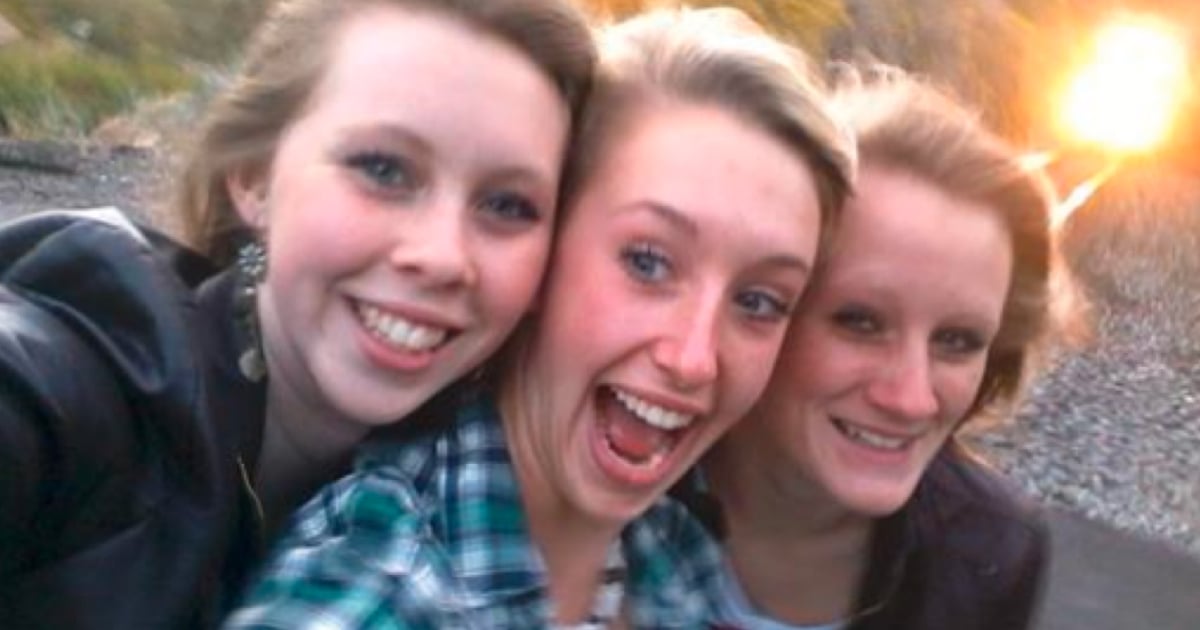 Baby-proofing is something most parents take very seriously. Kayli and Ricky Shoff are no exception. But a terrifying close call revealed an oversight common amongst parents everywhere. And the couple is sharing a startling home video of 2-year-old Bowdy saving his twin brother, Brock, from a fallen dresser in the hopes it will prevent others from making the same mistake.

Ricky works for a company that sells home-monitoring systems. As a result, he’s been able to install high-quality surveillance cameras throughout his home. That includes one in the nursery, to keep an eye on their “super rambunctious” 2-year-old twin boys, Bowdy and Brock.

And that camera captured a miracle when the boys’ playfulness actually caused a dresser to topple over onto little Brock!

It’s usually not hard to tell when Brock and Bowdy wake up in the morning.

“We normally hear them throwing their toys — they are super mischievous,” Ricky said.

But on the morning of the accident, that wasn’t the case. The two boys got up and started playing, without waking their parents.

The danger came when the two decided to climb the dresser in their room. And as they did so, disaster struck.

As the boys pulled themselves up on the open drawers, their weight caused the dresser to topple over. While Bowdy was able to jump out of the way, the large piece of furniture fell right on top of Brock.

Miraculously, Brock was not hurt. But he was trapped beneath the fallen dresser!

Not for long, though. In a heartwarming display of brotherly love, his twin brother quickly came to his rescue. After several attempts to free his brother, Bowdy used all of his strength to push the fallen dresser off of Brock’s little body!

It’s a blessing the harrowing ordeal was caught on camera. For one, it showed Kayli and Ricky exactly what happened.

"I usually hear everything. We didn't hear a cry, we didn't hear a big thud," Kayli said. "So we woke up, looked at the camera like, ‘What's going on? Are they still sleeping?' and we saw [the dresser] was all the way down."

The two boys had already returned to their play by the time their parents came into the room. There wasn’t so much as a scratch on either boy. So, if not for the home video, Kayli and Ricky would likely never know the miracle that took place in their sons’ bedroom!

There’s no doubt the twins’ safety is a complete blessing. The instances of dressers falling on children are far more common than you might think. And sadly, it often has a much more tragic ending.

Swedish furniture company Ikea recently recalled millions of dressers, as well as paid $50 million dollars to three families whose toddlers were killed when a dresser tipped over on them.

Another father in Arizona will never forget losing his 3-year-old daughter in the same tragic way.

“[My girlfriend] found the dresser on top of her,” said grieving father, Mark Brooks. “All you could see was her legs sticking out. That vision just keeps playing in my head."

Which is another reason the Shoff’s home video is so important.

The couple could have counted their blessings and gone on without making the harrowing ordeal public. But the whole thing happened not because they were haphazard parents. It was a simple, honest mistake — one any other parent could easily make.

“Our house is very childproof. We are really cautious about all this stuff, so it never really crossed our minds that something like this could happen,” Ricky explained. “We were hesitant to post this video initially, but a lot of parents have probably made the same mistake that we made: (They) don’t have their furniture secure or bolted to a wall.”

Because the risk of a fallen dresser is such a common oversight, Kayli and Ricky made the difficult decision to share the shocking footage, even though they knew it would open them up to harsh criticism and judgment from others.

"Everybody needs to bolt down their dressers to the wall. I mean, we just didn't think about it," Kayli said. "Accidents are going to happen, but we want to spread awareness to this one accident that happened and hope that it doesn't happen to any other family."

YOU MAY ALSO LIKE: Mom Reveals Danger Of Having Two Cribs Side By Side

And we thank them for getting the word out. Please, please share this warning with anyone you know who has or cares for children. It just may save a life!