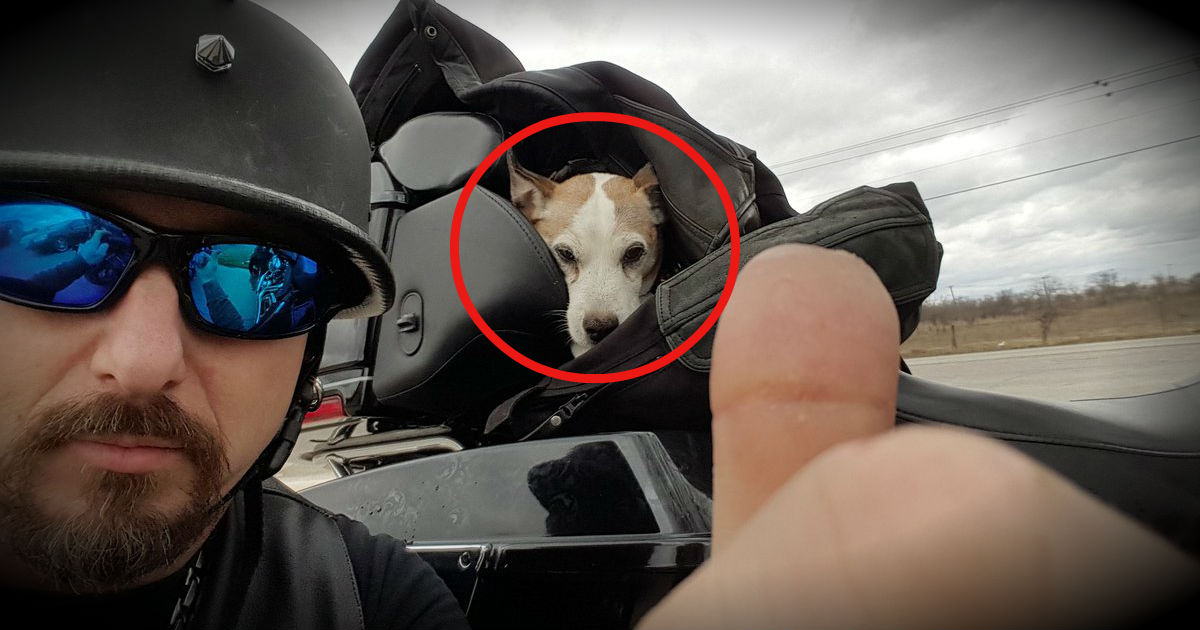 Kristy was frantic once she realized she and her two-and-a-half-year-old daughter, Alley, were trapped in a sinking car. As water poured in through the vents and every attempt to escape failed, the only thing left was prayer. Kristy desperately cried out to the only one who could save them — God. And that’s when something amazing happened!

Trapped In A Sinking Car

Before finding herself in such a perilous situation, Kristy Irby had simply been driving down the road in Pelahatchie, Mississippi. She was on the phone with her husband when a deer shot out in front of her. The area had recently seen a lot of rain, leaving the roads wet and muddy. The sudden braking sent Kristy’s car into a nosedive off the side of the road and into the swollen creek below. 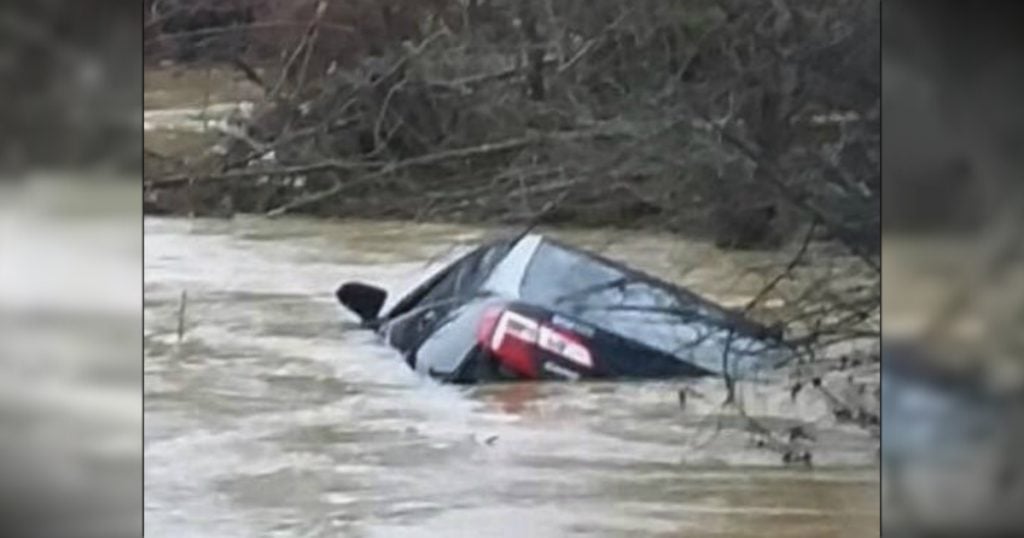 As the raging current swept her car downstream, water began pouring in through the air vents. They were trapped in a sinking car and the terrified mom knew she had to get herself and her daughter out quickly.

“I was trying to bust out the windows in the car, and I couldn’t bust them for anything. I was kicking and punching, and I was praying and begging God, ‘You’re the only one who can save us,'” she said.

Right after the prayer left her mouth, Kristy says her driver’s side window rolled down. But the danger was far from over.

“I’ve got about an inch of air and I have one leg out of the window and I say, ‘Alley, you’ve got to hold your breath, baby. We’re going to have to swim,'” Kristy said. “I see her face and she’s so scared, and I’m thinking, ‘God, you’ve got to do something,’ and the current is pulling us.”

RELATED: Divine Intervention Used Principal To Save Students From Flood

God was already at work, though. As Kristy clung tightly to her daughter, they went around a bend in the creek and hit a tree. Kristy wrapped her legs around the tree and positioned Alley as high as she could on her chest so that the girl would be out of the water.

Meanwhile, the current had swept Kristy’s car out of view from the road. But God had made sure a Good Samaritan had noticed it first. She called 911 and waited by the side of the road. So, when first responders arrived, though the car had disappeared from view, the kind bystander was able to point them to where the car had been. 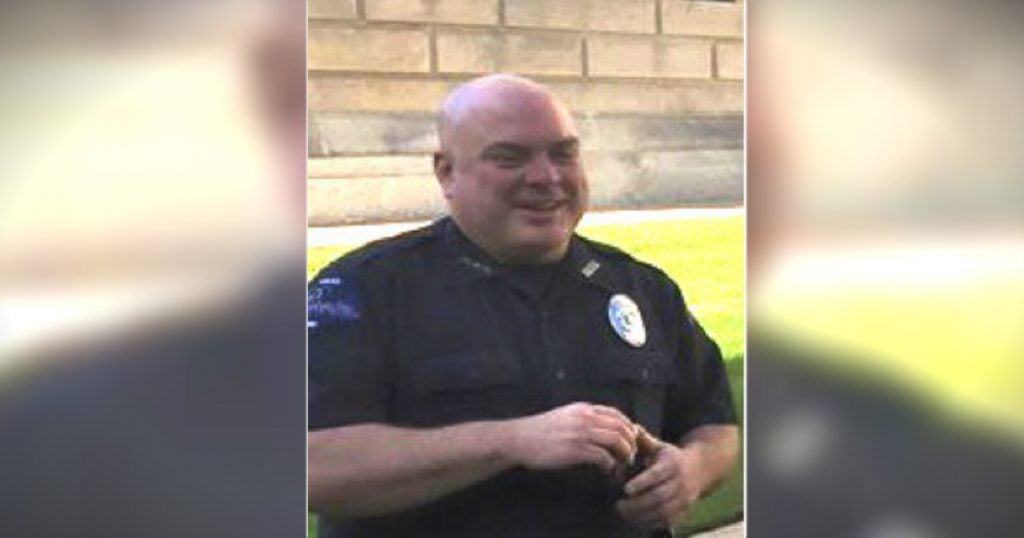 Officer Shane Gibson arrived and scanned the creek for the pair trapped in a sinking car. When he got to the bank, he could see where the vehicle had floated ahead. Without hesitation, he bravely dove into the freezing water as he heard the terrified screams of Kristy saying, “Help, we’re drowning.”

“I didn’t think anything about it. It sounds stupid, but when you hear a woman screaming that they’re drowning and you’re looking at a car in the water, you’re not thinking about anything, you’re going in,” the courageous officer said. 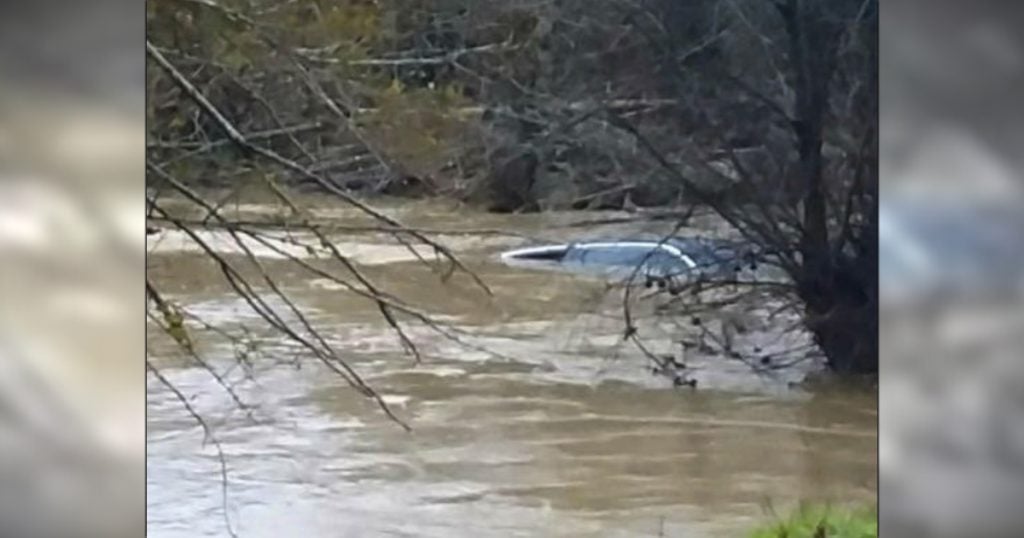 Arriving at the vehicle, Officer Gibson began searching for the source of the screams. He soon realized the cries for help were not coming from the almost fully submerged car. He looked around frantically and that’s when he spotted a pink bow, just around the bend in the creek. Again, without any regard for his own safety, Officer Gibson pushed off from the car and let the current take control.

“I was coming toward them, and went under. When my head popped up, I could see the baby, and her eyes were huge, and I don’t know why but I said, ‘Hey punkin,'” he recalls.

By this point, the freezing water had numbed Officer Gibson’s limbs so much that while he could see his hand holding on to Irby’s arm, he couldn’t feel it. It was a terrifying realization considering the mom and baby girl had been in the water even longer than he had. He knew he had to act quickly.

Officer Gibson got little Alley to the bank first and then doubled back for Kristy. Thankfully, that’s when backup arrived — Officer Willie Roberson.

Thanks to divine intervention and Officer Gibson’s bravery, mom and baby are just fine. Outside of being cold and wet, there were miraculously no injuries. Kristy says,

“I just cried, I held her [Alley] and I hugged him, and I just cried and I prayed, and I thanked God that he was there. I know Shane is definitely an angel with a badge.”

“She got her baby out of the car, out that window, held on to that baby while she’s doing 50 miles an hour down that creek current. She was able to grab a tree limb, and was holding on to it with one hand and the baby with the other. The mom, if you want a hero, that’s the hero. That woman’s tough.” 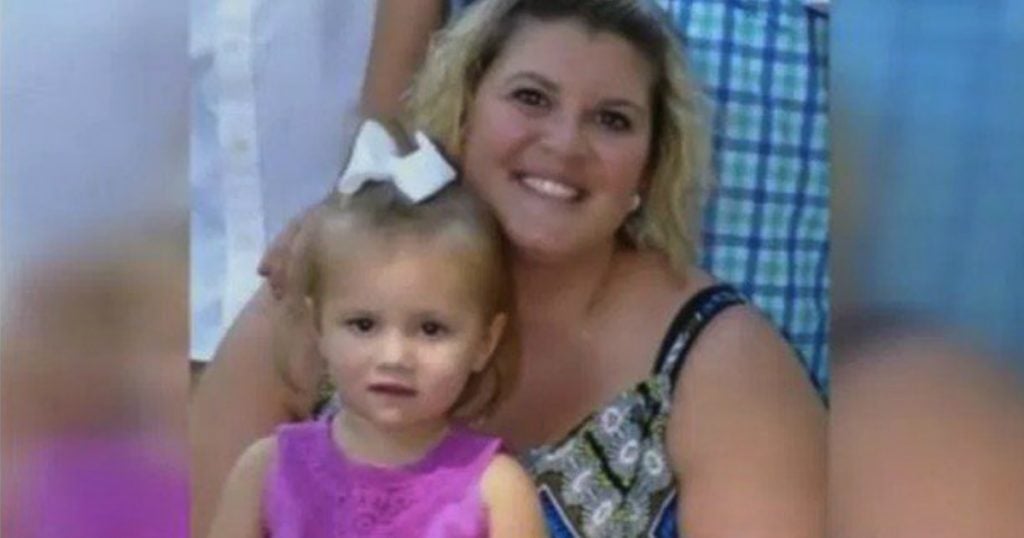 Certainly, both Kristy, Officer Gibson and the Good Samaritan deserve praise for their actions during this harrowing incident. But Kristy is quick to remind everyone who is ultimately behind this incredible rescue.

“The moral of the story is that God gives you reasons to get closer to Him, and closer to your family, and He teaches you, ‘Lean on me in your toughest times.'”

Kristy, who says the whole experience has only strengthened her faith, knows this was one of those times. She says:

“That’s the only thing I could do is give it to God. ‘This is yours. This is what you have to do for me, I’m entrusting you with this. I’m trusting you to save my life.’ And He did.”

YOU MAY ALSO LIKE: Mom Puts Her Trust In God And Refuses To Abort Her ‘Disabled’ Son