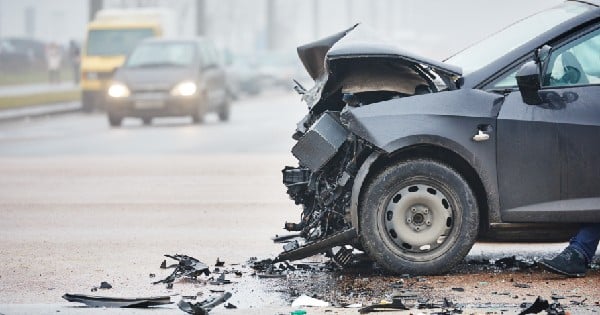 Angels on Earth – The Miracle On Highway 6

Cheri and Cody walking down a rainy country road that fateful day, with no idea their lives would change forever.

When suddenly, right before them, one driver lost control of her car, and violently crashed directly into the oncoming car! Cheri and Cody rushed to help the two drivers to safety. They called 9-1-1 for help, frantically explaining that the accident was very bad, and they needed rescue crews to bring the jaws of life.

The two tried to free the two drivers from their fiery, smoke-filled cars, but it was no use.

The flames were burning the drivers, but Cheri and Cody were unable to free them from their mangled cars.

That’s when one driver, Lisa, began to pray. Little did she know, her prayers weren’t the only ones being sent up to Heaven that day. Cheri was also shouting out asking God to send a miracle.

That’s when they saw a burst of bright white light, and hands reaching in to miraculously pull the drivers from their cars. This desperate situation turned into a divine rescue! “God sent an angel!” said Cheri. It “could only be that God sent angels,” added Lisa. Desperate prayers were answered, precious lives were saved, and God orchestrated a miracle that day on Highway 6.