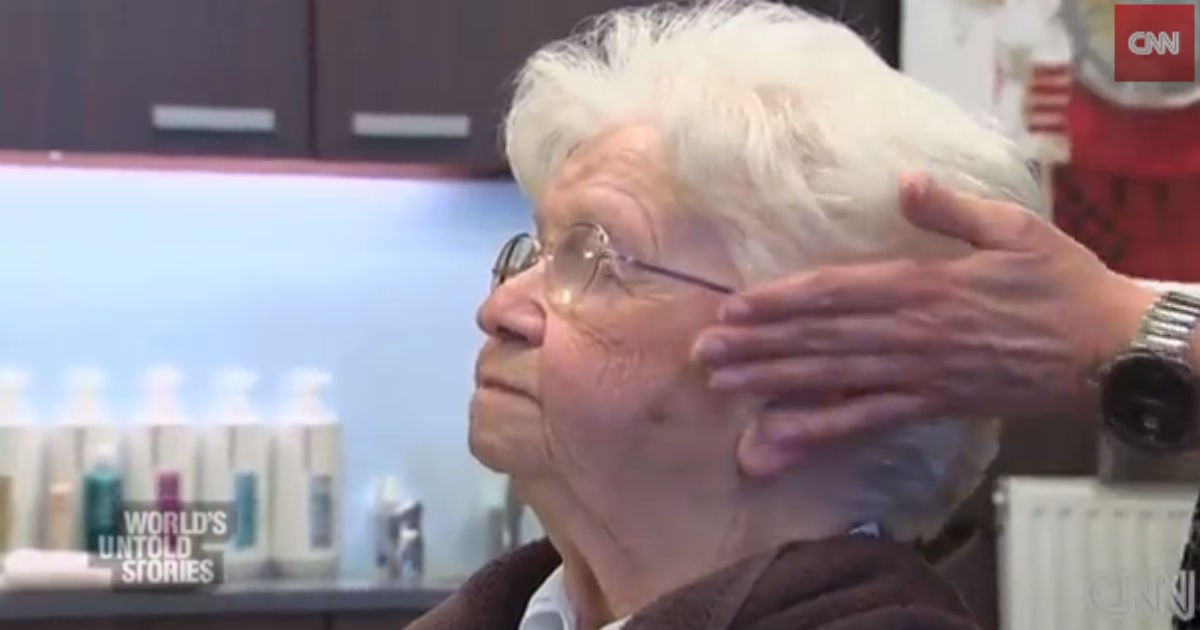 Magical Place Where People With Dementia Can Be Normal
Read Article »

“Do you know what your’re doing?”

“Can’t you do anything right?”

“Watch out! You nearly broadsided that car!” My father would yell at me.

Do you have anyone in your life that would rather ‘tear’ you down with their words than build you up? Words can be so painful. Sometimes, there is more behind those words than we realize. This woman’s story about her aging dad might hit home for some of you. Take heart – God hears your prayers and will never leave you.

Those words hurt worse than blows. I turned my head toward the elderly man in the seat beside me, daring me to challenge him. A lump rose in my throat as I averted my eyes. I wasn’t prepared for another battle.

“I saw the car, Dad. Please don’t yell at me when I’m driving.” My voice was measured and steady, sounding far calmer than I really felt.

Dad glared at me, then turned away and settled back. Once home, I left my Dad on the front porch as I went inside to collect my thoughts.

What could I do about him? Dad had been a lumberjack in Washington and Oregon. He had enjoyed being outdoors and had revelled in pitting his strength against the forces of nature. He had entered gruelling lumberjack competitions, and had placed often. The shelves in his house were filled with trophies that attested to his strength.

The years marched on. The first time he couldn’t lift a heavy log, he joked about it; but later that same day I saw him outside alone, straining to lift it. He became irritable whenever anyone teased him about his advancing age, or when he couldn’t do something he had done as a younger man.

Four days after his sixty-seventh birthday, he had a heart attack. An ambulance sped him to the hospital while a paramedic administered CPR to keep blood and oxygen flowing. At the hospital, Dad was rushed into an operating room. He was lucky; he survived.

But something inside Dad died. His zest for life was gone. He obstinately refused to follow doctor’s orders. Suggestions and offers of help were turned aside with sarcasm and insults. The number of visitors thinned, then finally stopped altogether. Dad was left alone.

My husband, Dick, and I asked Dad to come live with us on our small farm. We hoped the fresh air and rustic atmosphere would help him adjust. Within a week after he moved in, I regretted the invitation. It seemed nothing was satisfactory. He criticized everything I did. I became frustrated and moody.

Soon I was taking my pent-up anger out on Dick. We began to bicker and argue. Alarmed, Dick sought out our pastor and explained the situation. The clergyman set up weekly counselling appointments for us. At the close of each session he prayed, asking God to soothe Dad’s troubled mind. But the months wore on and God was silent.

The next day I sat down with the phone book and methodically called each of the mental health clinics listed in the Yellow Pages. I explained my problem to each of the sympathetic voices that answered. In vain. Just when I was giving up hope, one of the voices suddenly exclaimed, ‘I just read something that might help you! Let me go get the article.’ I listened as she read. The article described a remarkable study done at a nursing home. All of the patients were under treatment for chronic depression. Yet their attitudes had improved dramatically when they were given responsibility for a dog.

I drove to the animal shelter that afternoon. After I filled out a questionnaire, a uniformed officer led me to the kennels. Each contained five to seven dogs. Long-haired dogs, curly-haired dogs, black dogs, spotted dogs all jumped up, trying to reach me. I studied each one but rejected one after the other for various reasons too big, too small, too much hair.

As I neared the last pen a dog in the shadows of the far corner struggled to his feet, walked to the front of the run and sat down. It was a pointer, one of the dog world’s aristocrats. But, years had colored his face and muzzle with shades of gray. His hipbones jutted out in lopsided triangles. But it was his eyes that caught and held my attention. Calm and clear, his gaze was steady.

I pointed to the dog. “Can you tell me about him?” The officer looked, then shook his head in puzzlement.

“He’s a funny one. Appeared out of nowhere and sat in front of the gate. We brought him in, figuring someone would be right down to claim him. That was two weeks ago and we’ve heard nothing. His time is up tomorrow.” He gestured helplessly.

As the words sank in I turned to the man in horror. “You mean you’re going to kill him?”

‘Yes, Ma’am,” he said gently, “that’s our policy. We don’t have room for every unclaimed dog.”

I looked at the pointer again. The calm brown eyes awaited my decision. “I’ll take him,” I said.

I drove home with the dog on the front seat beside me. When I reached the house I honked the horn twice. I was helping my prize out of the car when Dad shuffled onto the front porch.

Dad looked, then wrinkled his face in disgust. “If I had wanted a dog I would have gotten one. And I would have picked out a better specimen than that bag of bones. Keep it! I don’t want it!” Dad waved his arm scornfully and turned back toward the house.

Anger rose inside me. It squeezed together my throat muscles and pounded into my temples.

“You’d better get used to him, Dad. Cuz he’s staying!” Dad ignored me. “Did you hear me, Dad?” I screamed. (not one of my prettier moments)

We stood glaring at each other like cowboys in the middle of the street waiting for the other to draw his weapon. When suddenly, the pointer pulled free from my grasp. He wobbled toward my dad and sat down in front of him. Then slowly, carefully, he raised his paw.

And what happened next is as close to a miracle that I’ve ever witnessed.

Dad’s lower jaw trembled as he stared at the uplifted paw. Confusion replaced the anger in his eyes. The pointer waited patiently. Then Dad was on his knees hugging the animal.

It was the beginning of a warm and intimate friendship. Dad named the pointer Cheyenne. Together he and Cheyenne explored the community. They spent long hours walking down dusty lanes. They spent reflective moments on the banks of streams, angling for tasty trout. They even started to attend Sunday services together, Dad sitting in a pew and Cheyenne lying quietly at his feet.

Dad and Cheyenne were inseparable throughout the next three years. Dad’s bitterness faded, and he and Cheyenne made many friends. Then late one night I was startled to feel Cheyenne’s cold nose burrowing through our bed covers. He had never before come into our bedroom at night. I woke up my husband, put on my robe and ran into my father’s room . Dad lay in his bed, his face serene. But his spirit had left quietly sometime during the night.

Two days later my shock and grief deepened when I discovered Cheyenne lying dead beside Dad’s bed. We wrapped his still form in the rug he had slept on. And as we buried him near their favorite fishing hole, I silently thanked the dog for the help he had given me in restoring Dad’s peace of mind.

The morning of Dad’s funeral was overcast and dreary. This day looked like the way I felt. I was surprised to see the many friends Dad and Cheyenne had made filling up the church pews. The pastor began his eulogy. It was a tribute to both Dad and the dog who had changed his life.

And then the pastor turned to Hebrews 13:2. “Be not forgetful to entertain strangers.”

It all began to fall in place for me. Cheyenne’s unexpected appearance at the animal shelter. . .his calm acceptance and complete devotion to my father…and the proximity of their deaths. Suddenly I understood. I knew that God had answered my prayers after all.

Our God is one of love and peace. A God of compassion and concern. The ONLY one that loves each one of us without condition. WOW – isn’t that a beautiful thing?!

For another beautiful story about God’s love and compassion,click here!