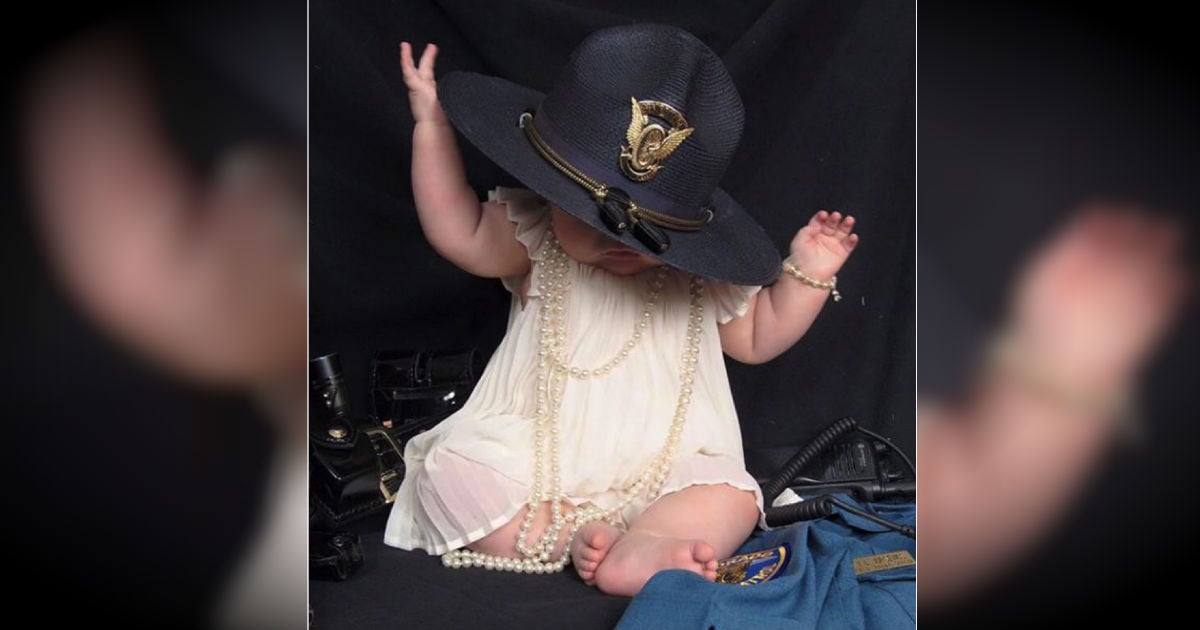 Many of us see angels more as decoration than the reality. But Dr. Roger Barrier explains what the Bible tells us about angels.

We seem to know very little about the existence and ministry of Angels. To most of us, angels are more decoration than the reality. Angels appear on tombstones, the walls of nurseries, jewelry, Renaissance art, ordination certificates, Christmas cards, and Valentines.

Angels are usually fat and naked and have little bows and arrows with wings on their backs!

These caricatures are so unfortunate. Angels have a lot to do, especially for those who have eyes to see. I believe that most of their work goes on behind the scenes where they are usually not noticed.

RELATED: 5 Biblical Reasons Why God Might Send His Angels

I would imagine that very few of us will have a dramatic encounter with an angelic spirit. But if we do, it will be a marker point in our lives that we will never forget.

The word, "angel," means "messenger." For example, Hebrews chapter two tells us that the Angels were the messengers who delivered the Ten Commandments to Moses.

Here are 17 things the Bible tells us about angels: 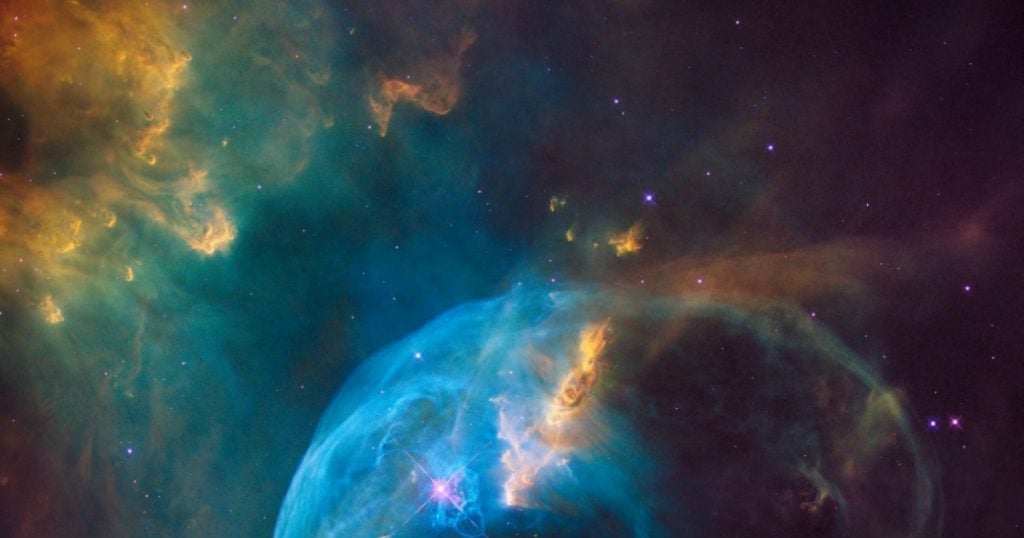 1. God created the angels before He created anything else in the universe.

The angels watched God work and shouted for joy at the results of the creation (Job 38:4-7).

2. All of the angels were created simultaneously.

They are unable to procreate. (Matthew 22:28). The number of angels has always been constant.

3. The number of angels is incomprehensible. 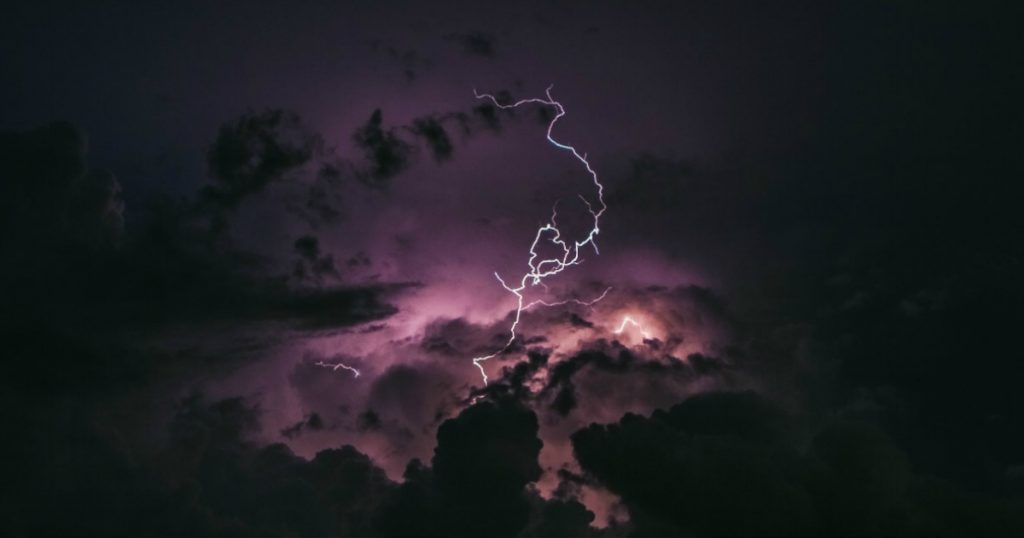 4. Some angels rebelled against God.

Lucifer, who was in charge of guarding the throne of God and with bringing God praise and worship, and who was apparently co-equal with the angel Michael, chose to rebel (Isaiah 14).

A huge number of angels rebelled with him. Fallen angels (demons) live in one of two places today: (1) On earth, attacking and discouraging humans; and (2) In Tartarus, a prison cell in the lowest hell, waiting to be released during the Great Tribulation. 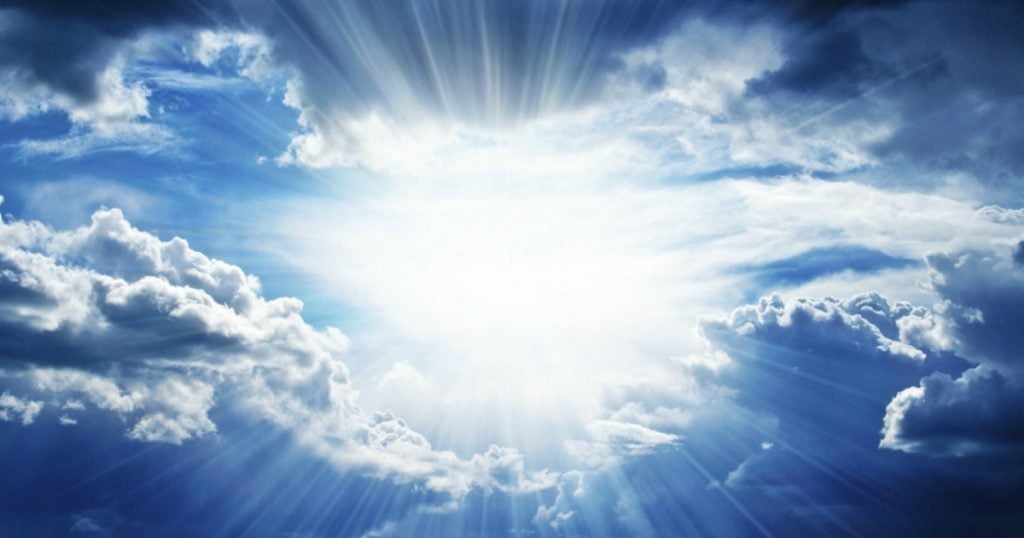 6. Angels were created to praise and worship God around His throne.

Revelation 5:11-12: "In a loud voice they sang, "Worthy is the Lamb, to receive power and wealth and wisdom and strength and honor and glory and praise!" 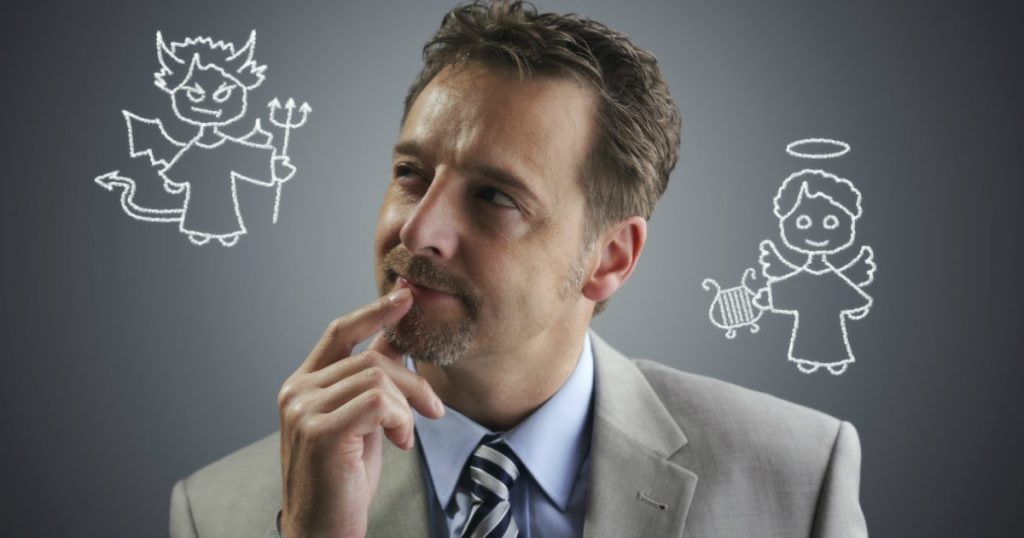 7. Angels are charged with the responsibility of guiding the affairs of nations.

We learn from Daniel 10 that angels are intricately involved in guiding our heads of state. Every nation also has a demon charged with the responsibility of bringing that nation to destruction (Ezekiel).

8. Angels fight Satan and his demons until the victory is won at the end of time. 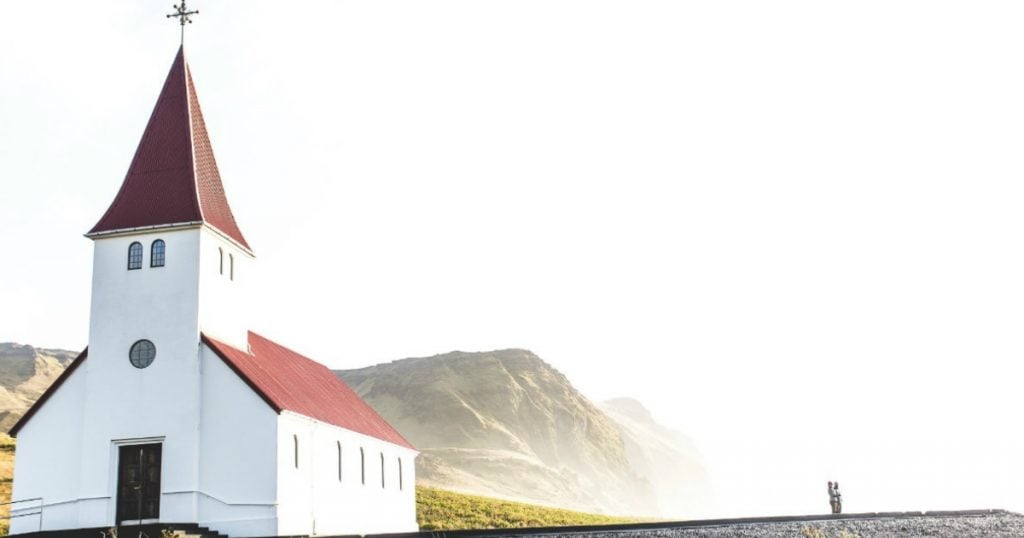 9. Every church is assigned an angel to watch over it and to help protect it.

RELATED: Do We Have Guardian Angels?

10. Angels will separate the wheat from the weeds at the final judgment (the saved from the lost).

Matthew 13:38-42: "The field is the world, and the good seed stands for the sons of the kingdom. The weeds are the sons of the evil one, and the enemy who sows them is the devil. The harvest is the end of the age, and the harvesters are angels."

11. Angels minister to those who believe in Christ.

Jacob's dream of a ladder, by which angels ascended and descended between heaven and earth, is a beautiful picture of their incessant activity for us (Genesis 28:12). 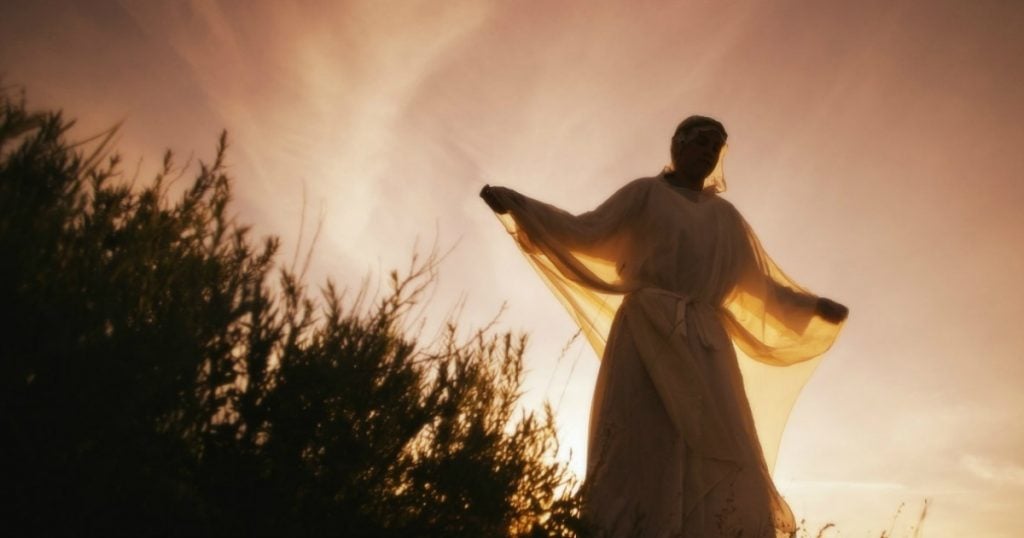 12. Angels provide for physical needs of believers as in the case of Elijah under his juniper tree (1 Kings 19:5-7).

After a Wednesday night service several years ago, a lady told me of an angelic protection. Driving on a lonely desert road in her VW with her children the car's engine caught fire. She stopped and tried to open the hood. She couldn't; it was too hot. Suddenly, another car pulled up behind her. She thought that this was strange because she'd seen no other cars on the road.

He pulled out this big pair of asbestos gloves, opened the hood and used a fire extinguisher to put out the blaze. She turned to thank the man and he was gone. Both he and the car had disappeared. 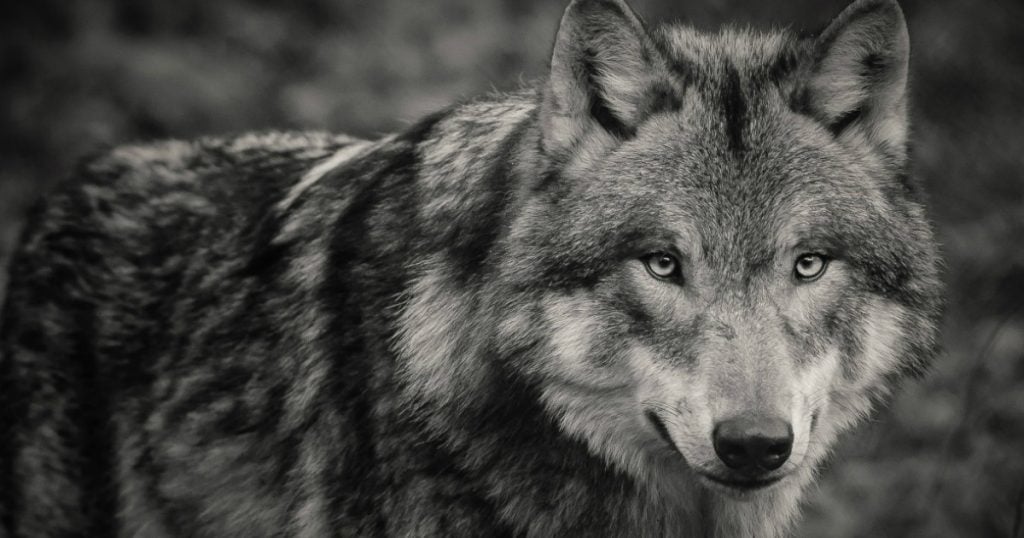 Julie said, "I'm sure glad you called me to get back here quickly."

We had an angelic visitation from Brie's guardian angel!

Experiences like these make Psalm 34:7 come alive: "Angels of the Lord encamp around those who fear God and deliver them." 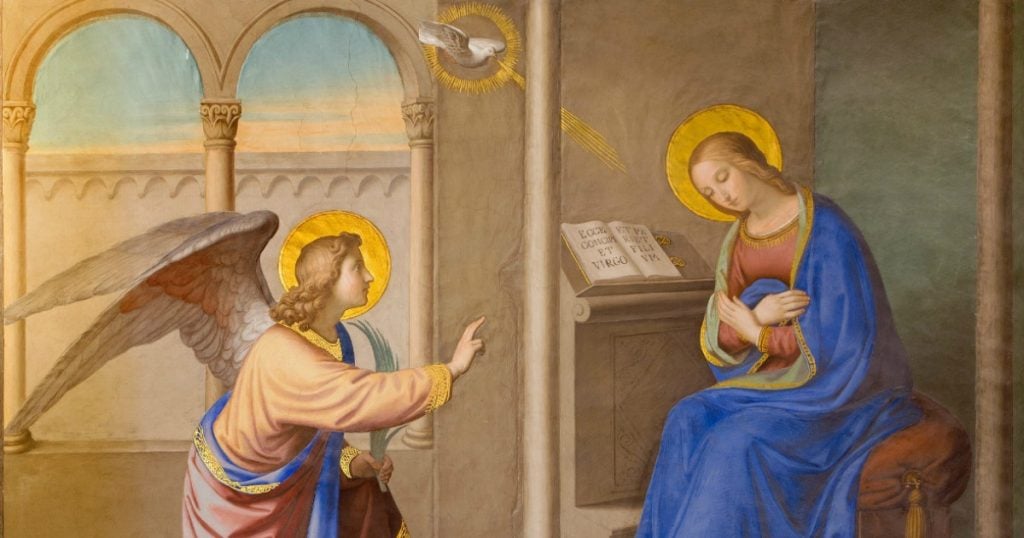 15. Angels Minister To Us At Out Time Of Death.

Luke 17:22: "The time came when the beggar died and the angels carried him to Abraham's side."

A cold chill runs up many of our backs to think that sometime in the future, and perhaps in the very near future for some of us, the Death Angel will be dispatched from Heaven to Earth.

If we are Christians, we need not be afraid of the Death Angel. They may be our rod and staff which brings us through the Valley of the Shadow of Death. 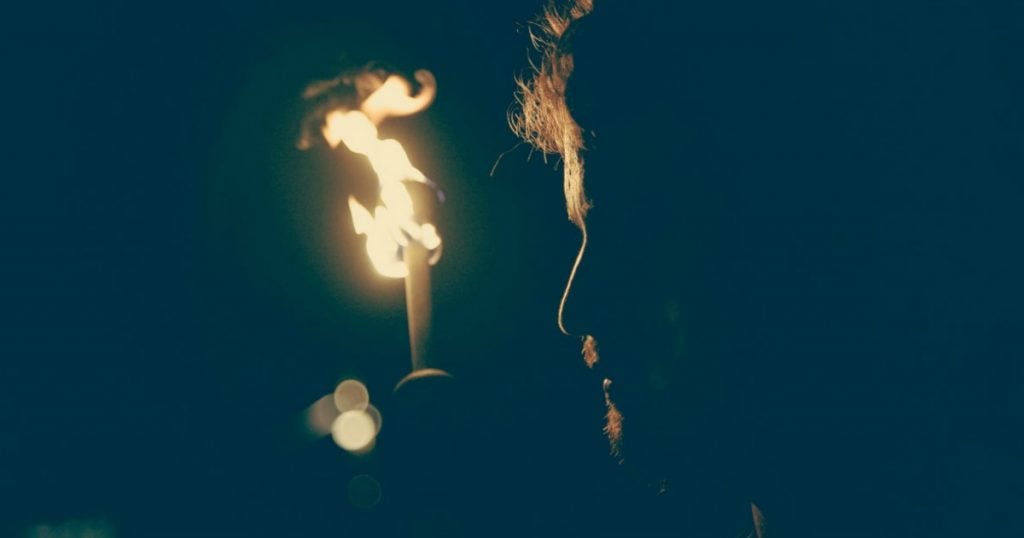 Galatians 1:8-11: "But even if we or an angel from heaven should preach a gospel other than the one we preached to you, let him be eternally condemned... I want you to know, brothers, that the gospel I preached is not something that man made up. I did not receive it from any man, nor was I taught it; rather, I received it by revelation from Jesus Christ." 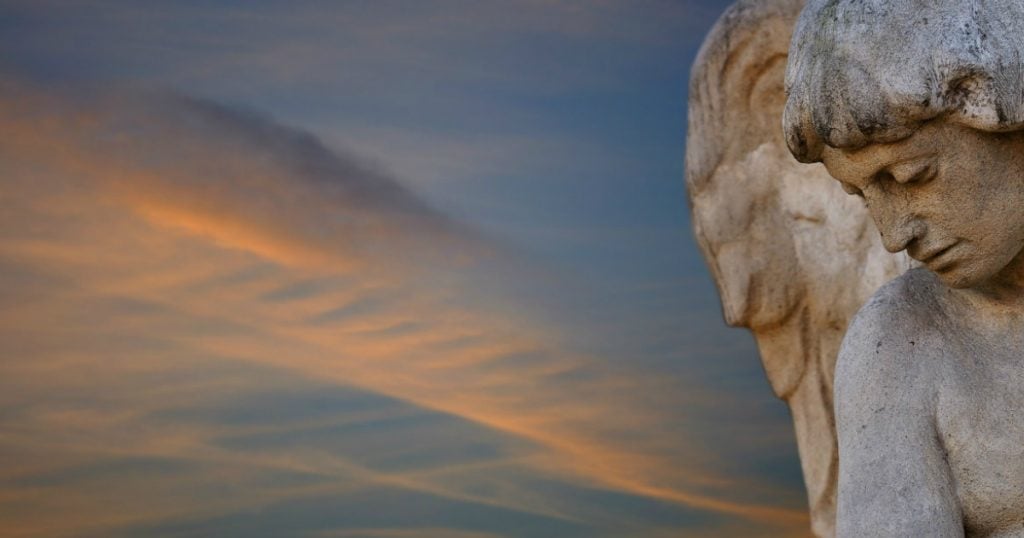 17. Have you ever wondered about guardian angels?

Matthew 18:10: "See that you do not look down on one of these little ones. For I tell you that their angels in heaven always see the face of my Father in heaven."

I pray often for my guarding angel. I pray for him/her (it?) to be "strong" on my behalf in the spiritual battles that I fight. When I am praying for someone about to undergo surgery, I never fail to pray for their guardian angel, assigned to them at birth, to help guide the hand of the surgeon for a successful surgery. I want him/her (it?)and me to be good friends. I am looking forward to seeing him/her(it?) in heaven.

Dr. Roger Barrier retired as senior teaching pastor from Casas Church in Tucson,
Arizona. In addition to being an author and sought-after conference speaker, Roger has mentored or taught thousands of pastors, missionaries, and Christian leaders worldwide. Casas Church, where Roger served throughout his thirty-five-year career, is a megachurch known for a well-integrated, multi-generational ministry. The value of including new generations is deeply ingrained throughout Casas to help the church move strongly right through the twenty-first century and beyond.

YOU MAY ALSO LIKE: Amazing Testimony From Skeptical Scientist Who Died And Went To Heaven 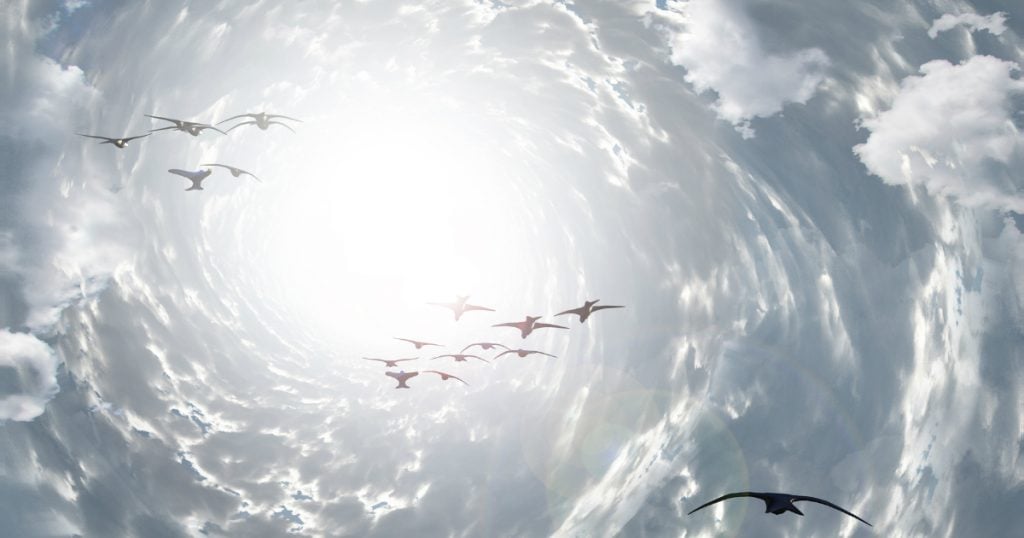