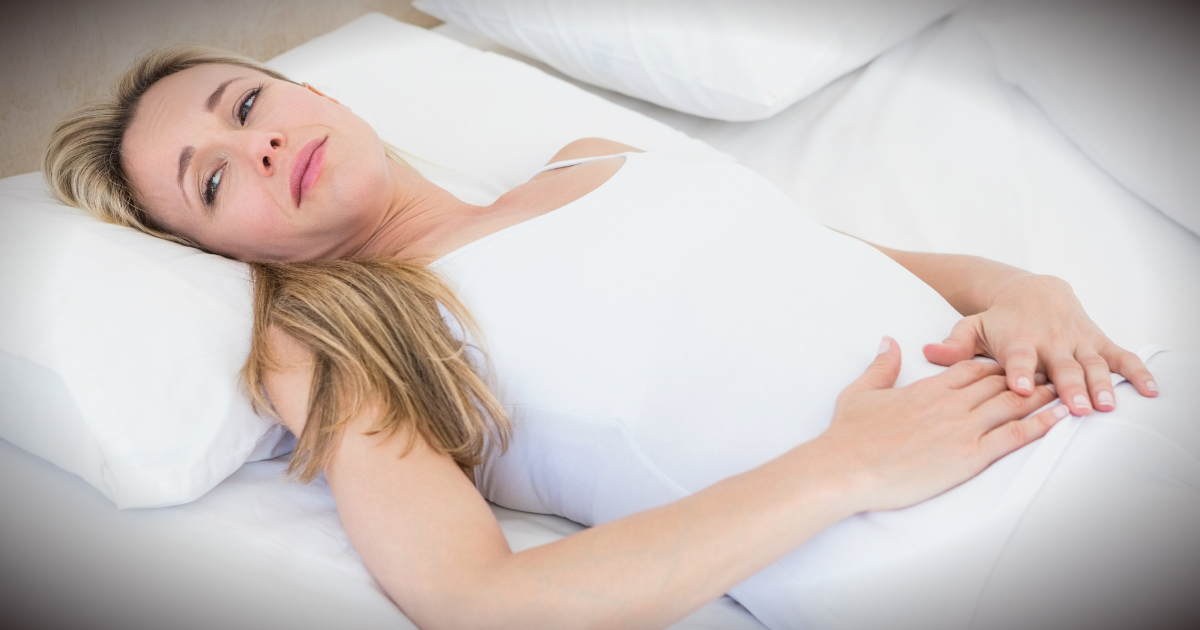 What The Bible Says About Angels

The other day I posted this picture of the clouds hovering above our home in the Texas Hill Country on Instagram. To my surprise, it has been my most "liked" and commented on photo to date. 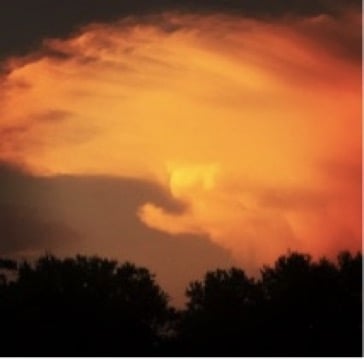 Is this a picture of an angel? Or just a coincidental cloud formation? I don't know, but the mere contemplation of an angel hovering over tends to bring peace and comfort to the heart.

What Does The Bible Say?

One of the questions I discuss in my new book What Happens After You Die is, what does the Bible says about angels and whether they exist? The short answer is "Yes, they do!" In fact, “Angels” are mentioned almost three hundred times in Scripture.1

Since they exist what should we understand about angels and how, if at all, do they affect our lives in this world from the spirit realm? You might find it quite remarkable, but at the moment you accepted Jesus for the forgiveness of your sins God assigned angels to minister to you.

RELATED: 5 Biblical Reasons Why God Might Send His Angels

Are not all angels ministering spirits sent to serve those who will inherit salvation? (Hebrews 1:14)

And we don't have just one. There is a collection of them looking out for each believer personally, not just children. The passage of scripture stating it the clearest is from the teaching of Jesus –

"See that you do not despise one of these little ones. For I tell you that their angels in heaven always see the face of my Father in heaven..." (Matthew 18:10)

You might ask, are there really enough angels to have several assigned to each believer? The apostle, John, got 3-D, IMAX, Dolby Surround Sound vision of the spirit world. John said,

"...I looked and heard the voice of many angels, numbering thousands upon thousands, and ten thousand times ten thousand." (Revelation 5:11) In Bible interpretation this is known as a rhetorical phrase for an indefinitely large number. This explains at least some of those unexplainable events that just couldn't be coincidental.

When Jesus was arrested on the night before his crucifixion, one of the disciples grabbed a sword and sliced off the ear of one of the perpetrators. Jesus told him to put away the sword and then said, "Do you think I cannot call on my Father, and he will at once put at my disposal more than twelve legions of angels? (Matthew 26:53) A Roman legion had 6,000 soldiers. Twelve legions would be 7200 angels for just this one event. I think it is safe to say there are enough angels to cover us all.

RELATED: Do We Have Guardian Angels?

Jesus had angels assigned to him when he walked the earth. After Jesus, who was already weak from fasting, denied the devil's three tempting offers, we are told ‘... the devil left him, and angels came and attended him." (Matthew 4:11) Our angels can attend to our emotional and spiritual needs when we are exhausted. We see they did the same thing for Jesus in the Garden of Gethsemane. Jesus was experiencing severe anguish at the thought of facing crucifixion the next day. After he prayed we are told "an angel from heaven appeared to him and strengthened him." (Luke 22:43) These ministering spirits are on call to do the same for us.

It seems that our angels stay with us through this life from the moment of salvation until we go home to be with Jesus.

In Jesus' parable about the rich man and Lazarus, Jesus said, "The time came when the beggar died and the angels carried him to Abraham's side." (Luke 16:22) How do our spirits get into the presence of God since we have no idea where to go? It is very possible that one or more of our assigned angels carry us to him. I don't know about you, but I find that very calming.

Not only do angels minister to us and lead us, but they have been given the assignment to protect us. Remember Daniel was thrown into a den of hungry lions for praying to God not the king? The next morning when King Darius ran to open the pit and discovered Daniel still alive with the lions Daniel reported, "My God sent his angel, and he shut the mouths of the lions." (Daniel 6:22) The lions genuinely wanted a Daniel burger for dinner but God sent Daniel's angel to shut the mouths of the lions. As I think about it, there have been times when I think God commanded my angels to shut the mouths of several proverbial lions. How about you?

Speaking of lions, Peter reminds us there are two types of angels – those for God and those for Satan.

Be alert and of sober mind. Your enemy the devil prowls around like a roaring lion looking for someone to devour. Resist him, standing firm in the faith, because you know that the family of believers throughout the world is undergoing the same kind of sufferings. (1 Peter 5:8-9)

Paul reminds us that there is more going on than we can see.

I think if there was such a thing as a spiritual strobe flashlight that we could shine at night into the spaces around us, we would see a lot more spirit activity than we ever imagined.

While it is true from scriptures that there is a spirit world made up of both good and evil, and we have not one but many angels watching out over us, there are two things we must remember.

2 Things The Bible Says About Angels We Must Remember: 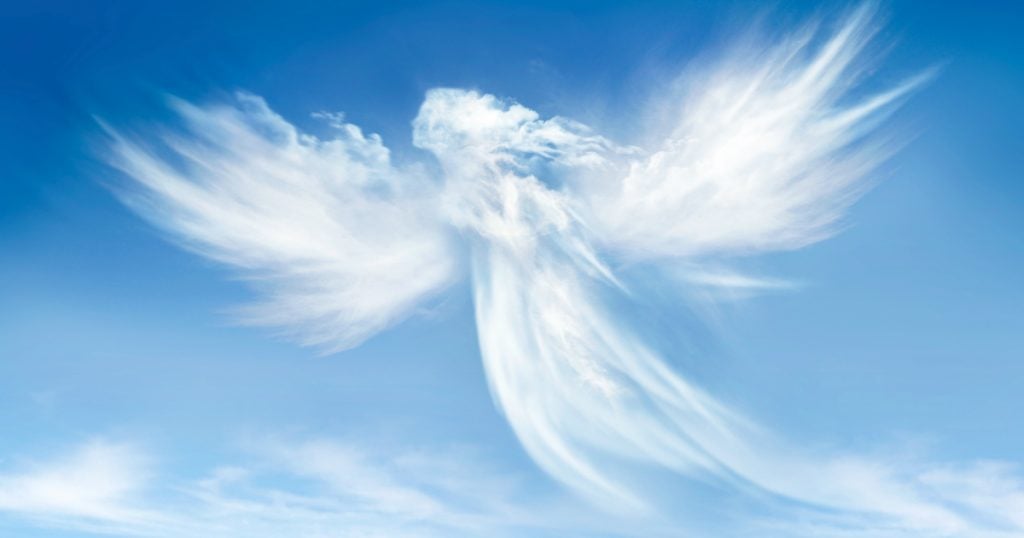 We can't tell our assigned angels what to do.

For he will command his angels concerning you to guard you in all your ways. (Psalm 91:11)

2. We are not to worship angels.

They are created beings. We only worship God, the creator of the angels.

They exchanged the truth about God for a lie, and worshiped and served created things rather than the Creator-who is forever praised. Amen. (Romans 1:25)

Do not let anyone who delights in false humility and the worship of angels disqualify you. Such a person also goes into great detail about what they have seen; they are puffed up with idle notions by their unspiritual mind. (Colossians 2:18)

So, is my picture of an actual angel? Or just a cloud formation? You decide. However, know that our God created angels, and they are very real and very busy ministering, protecting and guiding those of us who believe in the Jesus.

Randy Frazee is the senior minister at Oak Hills Church, one of the largest churches in America, leading alongside author and pastor Max Lucado. A leader and innovator in spiritual formation and biblical community, Randy is the architect of The Story church engagement campaign. His latest book is What Happens After You Die: A Biblical Guide to Paradise, Hell, and Life After Death.

YOU MAY LIKE: 5 Important Things the Bible Teaches about Heaven That We Often Forget 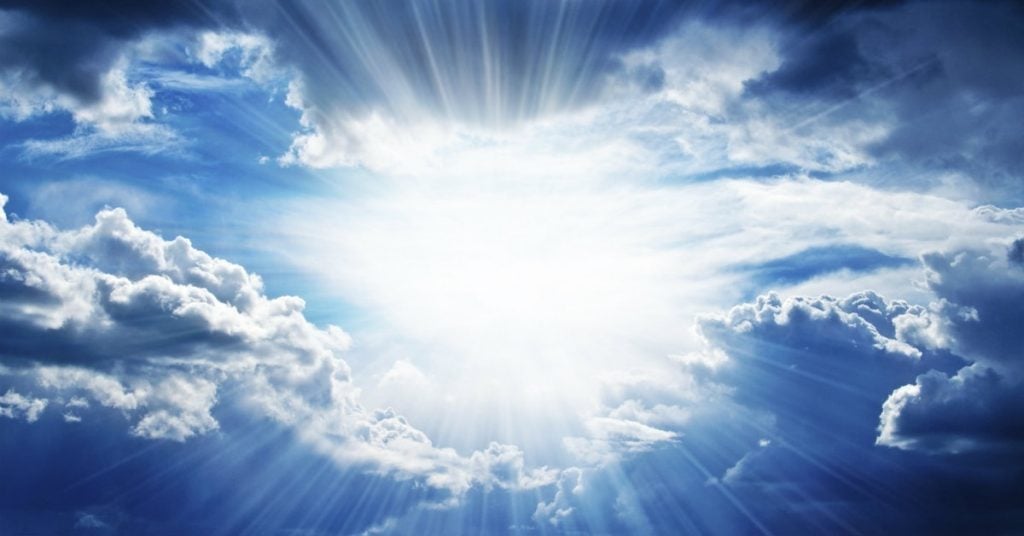