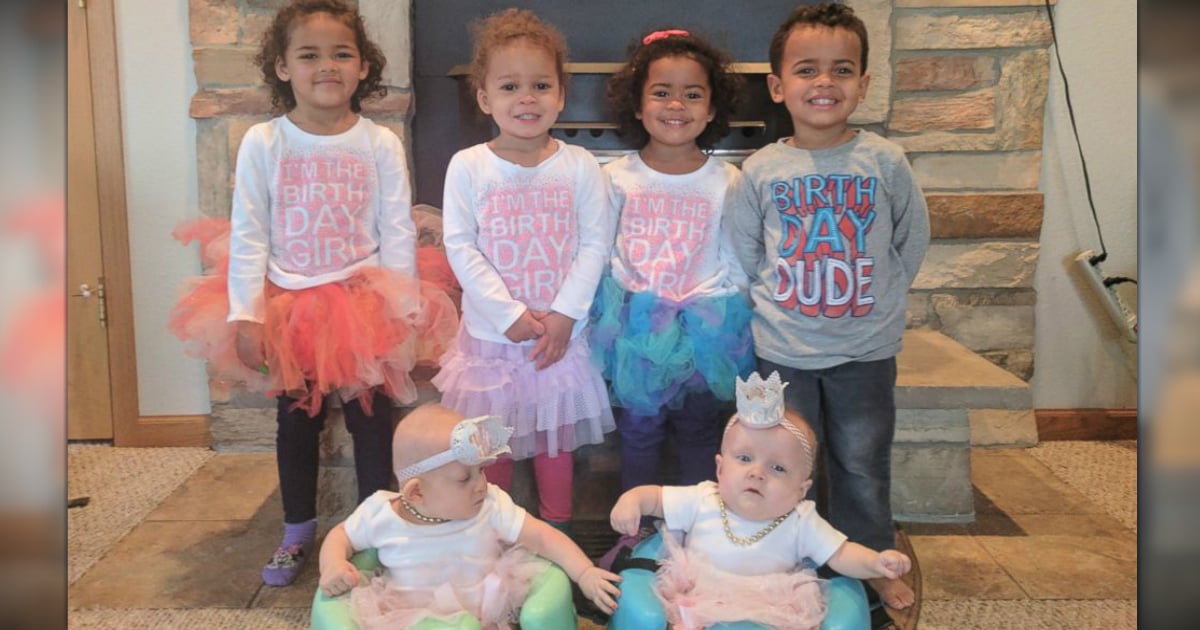 Couple Has 3 Sets Of Twins, All With The Same Birthday
Read Article »

A terrible car crash that killed two teens also severely injured Amy Wilson when she was 8-months pregnant. She woke up in the hospital with 15 broken bones and a serious brain injury. But the most terrifying thing was that Amy found herself no longer pregnant. Fortunately, though, God had his hand all over Amy’s miracle baby Grace.

Amy, who lives in Colorado, was visiting her parents in Utah. Unfortunately, at the same time Amy was driving down the road, a teen driver who was racing lost control of his vehicle and crashed into her.

The collision killed the two teens riding with the reckless driver. But the deadly crash also did serious damage to the 34-week pregnant Amy.

With Amy in critical condition, doctors had no choice but to perform an emergency c-section. Her baby girl, Grace, was born without a heartbeat. But miracle baby Grace wasn’t ready to leave earth just yet!

Amy could have easily lost her life, but the fighter pulled through. When she awoke, she had suffered a traumatic brain injury, 15 broken bones, and the removal of her spleen and kidney. But she’d made it!

However, the bruised and battered mom was no longer pregnant. She got to meet her miracle baby Grace, but the doctor’s warnings put a damper on the joyful moment. They feared little Grace would have serious brain damage for the rest of her life.

"They told us that potentially she could never feed herself," said Amy’s husband, Kyle. "She would have to be fed through a tube in her stomach, not be able to use her left side, not be able to speak."

Amy and Grace spent more than a month in the hospital. And even though it was hard, Amy says their time together helped each other heal.

And miracle baby Grace has proved the doctors wrong in every way. Six months after the crash, Grace is completely normal!

Doctors say they won’t know the full extent of Grace’s well-being until she’s 7, but everything they’ve seen so far is a medical miracle.

And the Wilson family certainly sees God’s hand all over the situation.

RELATED: Mom Plans Her Baby's Funeral While Pregnant, Then Gets A Miracle

More than just physical healing, the Wilson family has experienced deep healing on a Spiritual level, as well. The teen responsible for the crash faces criminal charges, along with the guilt of killing two of his friends. And even as traumatic as the whole experience was, the Wilson’s have found forgiveness.

"We feel like that is kind of one of the greatest gifts or blessing that we've been able to forgive," Amy said. "And I feel like neither of us have had any feeling of anger or frustration at [the driver] or any of the people involved; and we just have been able to move forward and forgive them and we really, sincerely hope that the families and the individuals involved will receive the healing they need to move forward in their lives."

WATCH: Family Of Miracle Baby Grace Speaks Out After Crash

YOU MAY ALSO LIKE: Boy Dies In Car Crash, Comes Back From Heaven After Seeing Siblings He's Never Met