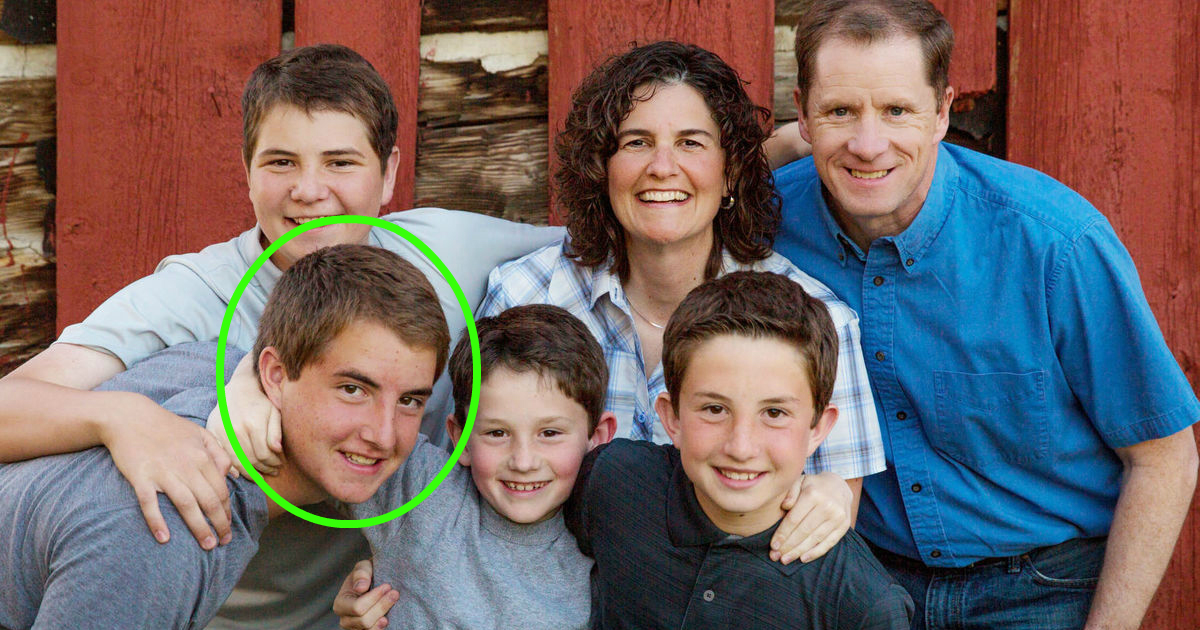 Carrie and Craig Kosinski always wanted a big family. And God made sure they got just that in a very special way. Incredibly, the large family is made up of 3 sets of twins sharing the same birthday. 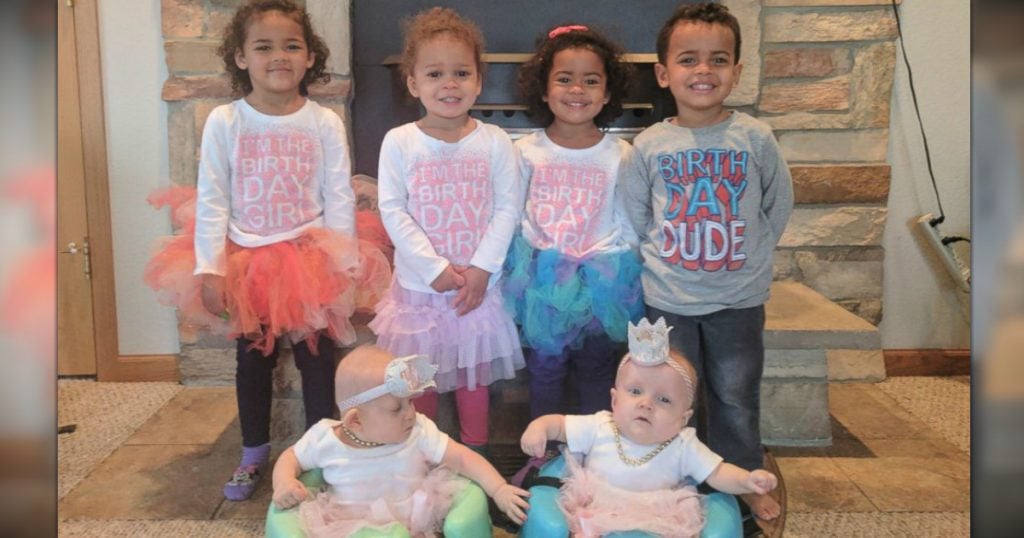 Carrie and Craig of Wisconsin both wanted to try adoption at some point. But they planned on having some biological children first. But then doctors said it was unlikely they’d have children on their own.

Around the same time, a woman reached out to Carrie about adopting her twins.

“She said she was pregnant and wasn’t able to give the babies the lives they deserved and wanted to put them up for adoption,” Carrie explained.

The timing seemed too perfect to be coincidence. It seemed divine. So, the couple decided to trust God.

“We just felt like that was what God wanted us to do, so we decided to put our own plans down and pursue the plan that God had for us and that was to adopt first,” Carrie said.

Two little girls, Adalynn and Kenna, came into the world via emergency c-section on February 28, 2014. And Carrie and Craig joyfully welcomed them into their hearts and home.

A year later, the same woman asked Carrie about adopting Adalynn and Kenna’s older siblings, JJ and CeCe — twins who were born via emergency c-section on February 28, 2013. The couple wanted nothing more than to keep the siblings all together. And Carrie knew firsthand the power of a loving, adopted home.

“I was adopted myself, and so I grew up in a family of nine. I always wanted a bigger family than that,” she said. “I know how sad you get and lonely, and you just want a family that’s going to love you.”

So, they agreed to adopt the siblings. But God had even more in store!

Several months after adjusting to becoming a family of 6, the Kosinskis got some more good news. The in-vitro fertilization treatment Carrie had undergone was successful, and she was pregnant with twins!

Carrie’s twins weren’t due until June. But complications resulted in an early arrival. Amazingly, Carried delivered Clarissa and Karraline via emergency c-section on February 28, giving the family 3 sets of twins sharing the same birthday!

Perhaps you could call this a coincidence. But we agree with Carrie — this was all a part of God’s design.

“We believe that because God adopted us into His family that we were meant to adopt these children into our family,” she said. “It’s such a huge blessing to us. We love all our children the same. We wouldn’t want our lives to be any different.”

The Kosinski family hopes their big, happy family will help inspire others to consider adoption. What a blessing!

WATCH: Couple Has 3 Sets Of Twins Sharing The Same Birthday

YOU MAY ALSO LIKE: Identical Twin Sisters Have Babies The Same Day & Time