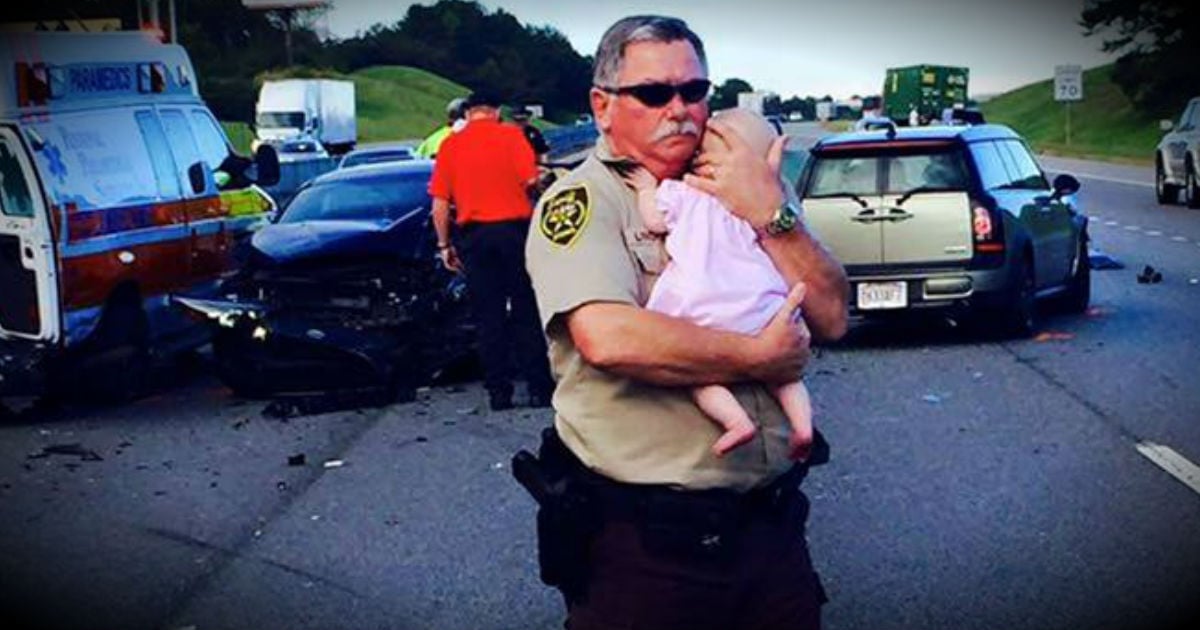 If you've ever heard the saying, "You can't keep a good man down," it certainly applies to retired Marine, Matias Ferreira.

As a young man, Matias made the noble decision to become a marine and serve his country. However, he tragically lost both of his legs on his first deployment to Afghanistan after stepping on an improvised explosive device (IED).

After several surgeries and lots of therapy, Matias eventually was able to walk and run again with the use of prosthetics. He was medically retired from the Marines, but his service to our country didn't end there.

Matias says, "With the Marines, you are taught to be prepared and act."

And that training kicked in when Matias heard the car behind him crash while on his way home from his wedding rehearsal. The car had accidentally crashed into a utility pole, and as smoke poured out of the hood, the female driver frantically shouted, "My baby! My baby!"

Matias sprang into action. He ran to the smoking car, and with the help of his brother and his fiancé's father, managed to get the baby's mom and dad out of the car. But the baby girl was still into her carseat in the back.

"We didn't know i f the car was on fire or anything else," Matias said. "We knew we had to get them to safety."

And Matias knew he had to get to the baby out of the backseat as soon as possible. He tore off a headrest, pushed his way into the back and pulled the baby to safety. He says,

"I didn't hear the baby crying, so I got kind of concerned. Then I saw her open her eyes, and it kind of reassured me she was doing better."

Matias and his brother stayed with the family until help arrived. The baby girl was taken to the hospital and is just fine — a huge relief to Matias who couldn't help but think of his own 11-month old daughter during the ordeal.

And if his bravery wasn't enough to impress you, Matias' humble attitude certainly will. He's hoping the attention the story is getting will help open people's eyes to just how much of a difference people with disabilities can make. But of course, Matias did not come to the aid of the crash victims for any other reason than the fact that it was the right thing to do. Of the rescue, he said,

Matias and family are recipients of a mortgage-free home that was specifically built with adaptations to suit Matias' special needs. The home was provided by the non-profit organization, Homes For Our Troops. You can hear Matias tell the story of how he was injured in more depth in the video below:

To read about another act of heroism, click here!