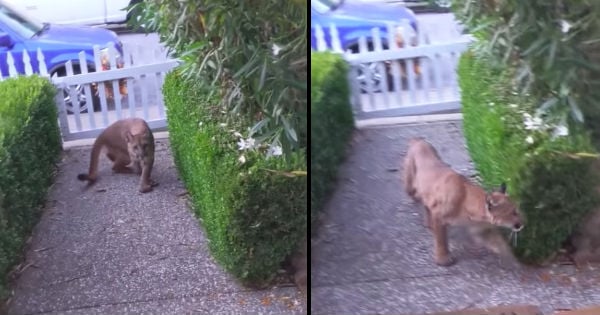 An obituary for a dog named Charlie from South Carolina touched hearts all over as it made its rounds over social media.

The loss left Sallie heartbroken. And she searched for a way to cope with the grief.

"I just wanted something to be sort of cathartic and capture all the emotions I was feeling and then also, just to remember all the little things about him, like his love of sticks and socks and peanut butter," Sallie said.

And so, Sallie Gregory Hammett decided to write an obituary for her beloved dog, Charlie. And for anyone who has ever experienced the loss of a pet, it hits hard.

Sallie adopted Charlie as a puppy. And she and her fur-baby quickly formed a special bond.

"He went with me everywhere,” she says. “He went to work, he went hiking, he went tailgating at Clemson."

And when Sallie met her now-husband, David Hammett, Charlie was part of the package. And it was something David didn’t mind at all!

"One of the things that I loved about her was Charlie,” he says. “It was a definite plus. As I fell in love more and more with Sallie, Charlie was always there, too."

"He somehow held on long enough to make that beach trip,” Sallie said. “And it seemed like he used up all his last little bit of energy and juice."

When Charlie’s time finally came, his parents took comfort in knowing their boy had “lived the very best life.”

Losing a loved one is never easy. And everyone has different ways of coping with grief. For Sallie Gregory Hammett, to helped to pen a beautiful tribute to her sweet Charlie.

I wrote my dog an obituary because of course I did. He was the best boy. pic.twitter.com/FKmqeivtq9

“He will be forever missed and forever remembered,” Sallie wrote, “but he left behind a fierce love, which never wavered.”

Sallie uploading a copy of the obituary for her dog on social media. And to her amazement, Charlie’s story started circulating all over the world!

YOU MAY ALSO LIKE: Tim Tebow Crying As He Says Goodbye To Beloved Dog Bronco Is Utterly Heart-Wrenching

"Charlie is definitely immortalized now and has made his mark on so many people,” Sallie says. “Just like he did on me and David."

God knew exactly what He was doing when He placed animals like this on this earth. These furry angels may only be in our lives for a short while. But the impact they have lasts a lifetime!