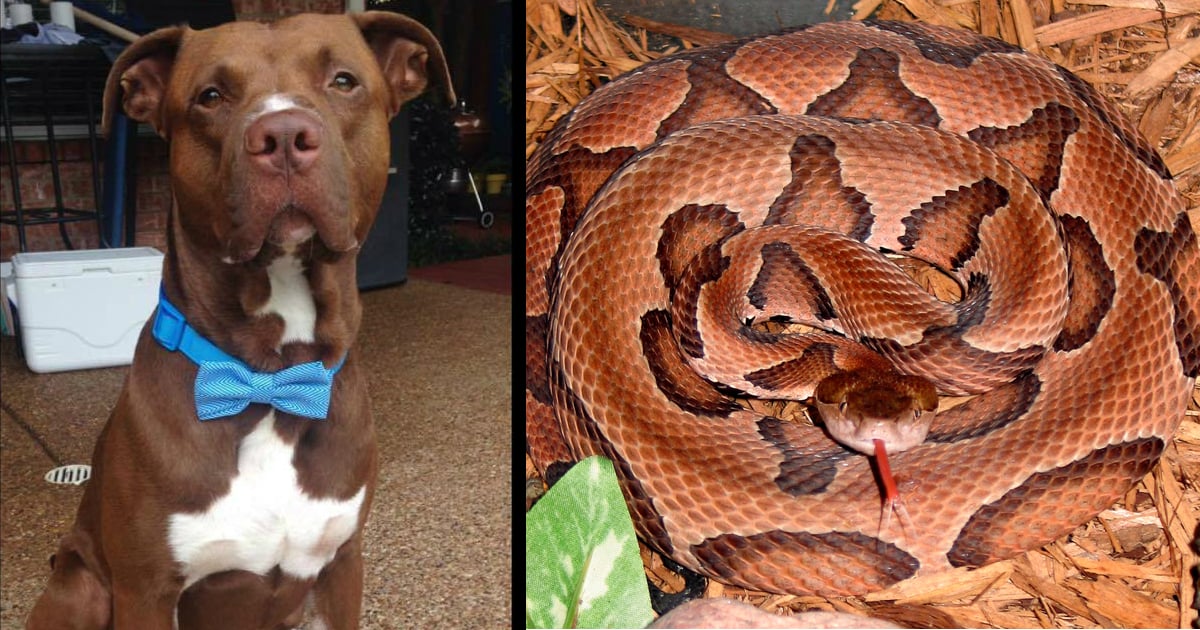 Any animal lover knows to lose a pet is to lose a family member. Lee DiBella was heartbroken when it came time to say goodbye to her 13-year-old pooch, Brian. And so, she wrote an obituary for her beloved dog, honoring the decade of memories she shared with her furry best friend. And her touching words had me smiling through my tears! 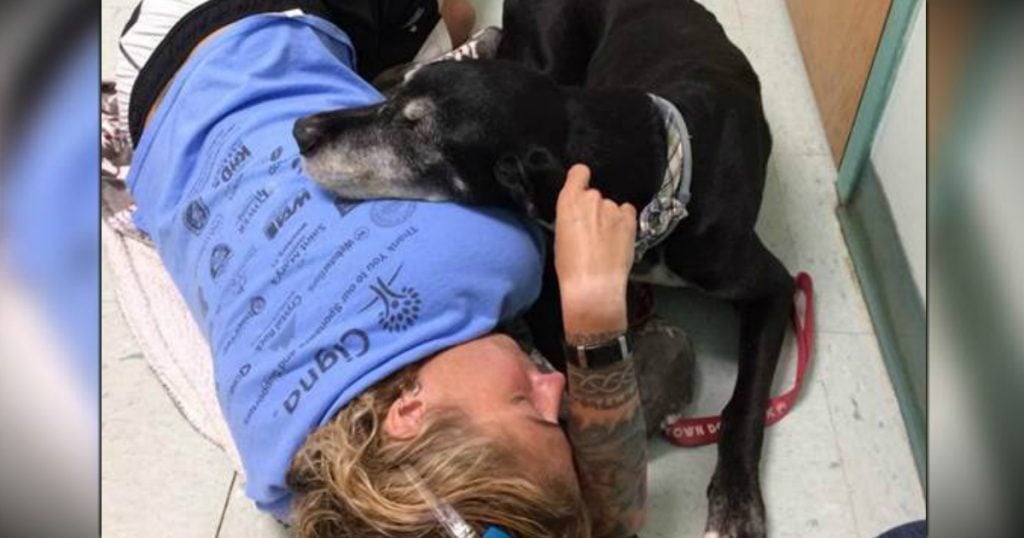 Brian was Lee DiBella’s fur-baby. The fifth-grade teacher from Connecticut took the pup in when he was two years old. A local woman found Brian covered in wounds. She fostered him for a time, until Lee took him in.

But this isn’t the fairy tale adoption story you usually hear. Brian and Lee got off to a rocky start. But Lee didn’t give up on the Labrador-Pointer-Greyhound-Dalmatian mix.

"He was a holy terror, don't get me wrong. Separation anxiety made him unadoptable, and I was at my wit's end," she said. "But nobody else would put up with him, so I just tried to deal with it so he wouldn't be put down."

Lee’s hard work paid off. Once Brian adjusted, the two shared a special bond. But when the senior dog came down with pneumonia, he just couldn’t kick it. After several rounds of antibiotics, he took a sharp turn and Lee knew it was time to say goodbye.

“My heart wanted to keep him, but I knew I had to let go," she recalled.

Lee documented the pup’s milestones throughout his life, just like any proud mama. So, when it came time to say goodbye, all of those memories came flooding back.

"I was just thinking about how anybody that met him fell in love with him immediately," she said. "And I thought, ‘I wonder what his obituary would look like if he was a human?'"

The more Lee thought about Brian’s life, the more she wanted him to have his own obituary. But it wasn’t enough to just write it. She wanted to have it published, too.

"I just wanted something tangible," Lee said. "When I adopted him, he got this adoption book of his first shots, his first friends - so I submitted it [the obituary] to the local paper."

Unfortunately, the paper wouldn’t publish the obituary. But Lee didn’t give up. She tweeted Brian’s obituary to the local NBC affiliate “on a whim.” The news station posted the touching tribute online, and from there it went viral.

Woman’s Obituary For Her Beloved Dog

Pets have a way of stealing our hearts like no other. And any animal lover can easily relate to Lee’s touching, yet funny, eulogy. 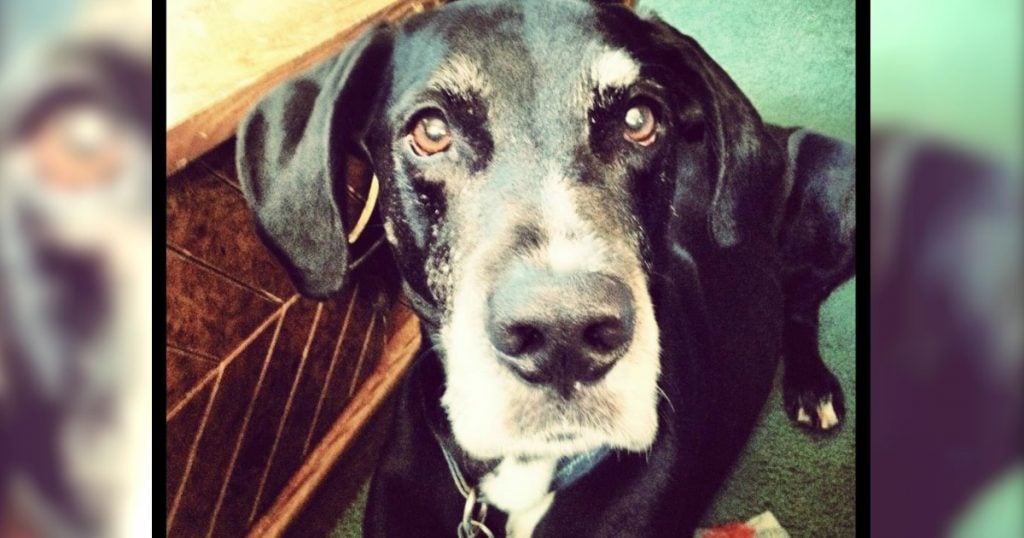 “Brian died peacefully, alongside his mom of nearly 11 years, Wednesday, July 12th, under the care of Stone Veterinary Hospital staff.

Brian was adopted by his mother, Lee Dibella, on December 19th, 2006, and quickly became a dog legends are made of. Brian arrived in our home with the ability to not only sit, but also “give paw.” Being able to destroy any crate, gate, door handle or trim and molding in his way, Brian quickly began building loving relationships with all those who came in contact with him, whether it be a new vet, animal control, or whoever’s house he found his way to for an uninvited romp.

A lover of couches and blankets, Brian had many hobbies.

Some of Brian’s favorite activities included barking at things not there, cuddling alongside you, taking over his mother’s bed, licking his butt, acting like a spazz when it was time to be fed, and trying to figure out who exactly was “the good boy.” In his spare time, Brian dreamt violently, thrashing his legs, presumably chasing dastardly felines or squirrels who dared enter his dreams. The quickest way to Brian’s heart was with a quality scratch of his rear, and a rub of his belly.

RELATED: Rescue Dog Is Returned To The Shelter With A Letter Attached

Brian will be greatly missed by many, but none more so than his mom. Through thick and thin, she loved him with all her heart, and though the pain she feels without him is great, it in no way would compare to having never had him in her life. Besides his mother, Brian leaves behind a sister, Dr. Frigo Delilah, grandmother, Jeannette DiBella; predeceased by a grandfather, David; his uncle, Michael and family; god-mother, Jennifer DeWitt; and many amazing friends throughout the years.

At the wishes of Brian’s family, give your dog an extra hug, belly rub, and treat.”

Since posting the obituary for her beloved dog, Lee has heard from people from around the world. She says their condolences and messages of encouragement have been extremely cathartic. 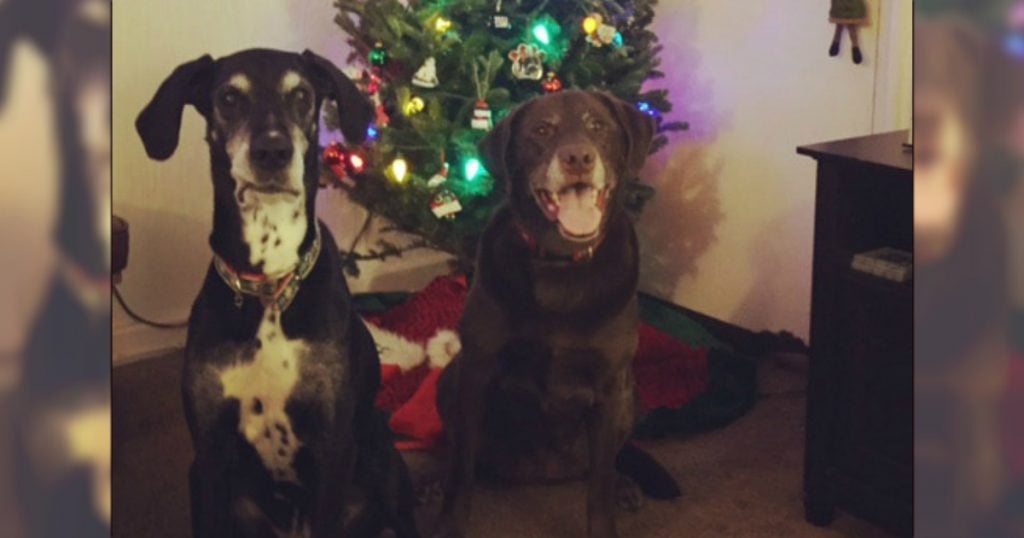 “It made my heart so happy that people wanted to learn about Brian. They (pets) are our kids,” she said.

Lee brought home Brian’s ashes, and let his sister, a Lab named Dr. Frigo Delilah, smell them. Lee says the pup just knew, and has been heartbroken since losing her 4-legged brother.

So, Lee and the mourning Lab will be taking a girls trip to New Hampshire.

"For all his destruction, he knew how to construct a relationship," Lee said.

Losing a beloved fur-baby is never, ever easy. But the richness they bring to our lives while we have them is well worth the pain of saying goodbye.

YOU MAY ALSO LIKE: Man's Touching ‘Goodbye' Letter From His Dying Dog 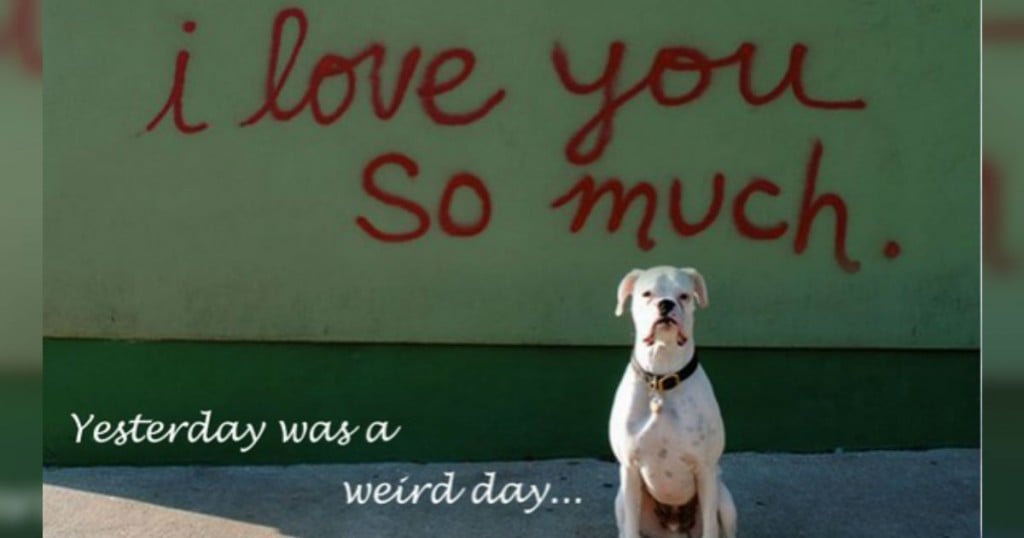