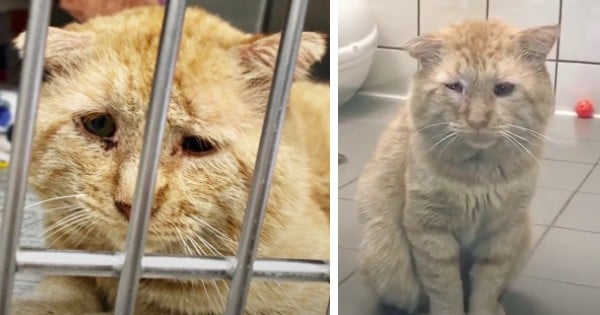 A woman had to make an unplanned stop when she and her family drove by a bear sitting on a couch. In the middle of a landfill sat a perfectly plush couch that beckoned tired travelers to take a break and relax a bit. And that's exactly what this fuzzy guy decided to do!

As many know, bears bulk up to hibernate during the winter. But as they start waking up and returning to their woodland societies, scavenging for natural foods like berries can be difficult. Plants haven't sprouted fruits and vegetables so bears have to search elsewhere.

RELATED: Astounded Family Looks Into Their Backyard And Sees Bears In The Swimming Pool

In this area of Canada, the perfect place to find some tasty food scraps is right outside their backdoors. Miles of forest surround this landfill full of garbage, food waste, and - furniture?

Apparently, people know that bears tend to make themselves at home in the landfill. Good thing it's surrounded by woods!

Mandy Stanic and her family like to drive out there to watch the bears explore and investigate their new findings. But they'd never seen anything quite as funny as this gentleman sitting on the couch.

It makes perfect sense to stop in your tracks to take a picture of a bear on a couch. Without a picture for proof, who would believe you?

Seeing a bear standing on a couch in a ‘normal' or bear-like way would be one thing. But seeing a bear sitting on a couch on its behind with its legs crossed is ridiculous! Did they ask him if he wanted the newspaper to read or something? It looks like that's what he would be doing.

Luckily, Mandy got a couple of different shots of the bear making himself comfy on the couch. All of them aren't as alarmingly human-like as the first but still give another reason to smile.

You May Also Like: Elderly Couple Does Not See The Live Bear On The Porch

Even though he will never understand, thanks to that goofy grizzly for making the internet laugh a little!

WATCH: Bear Sitting On A Couch At Landfill Goes Viral