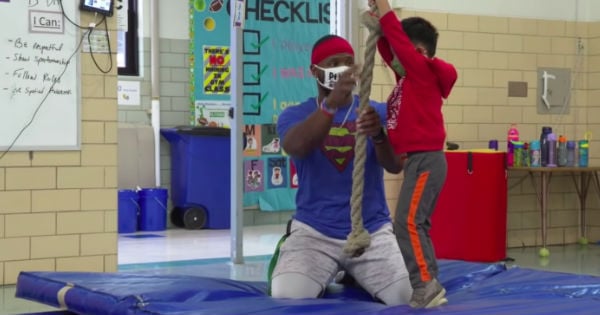 When a 3-year-old boy and his dog were heartlessly abandoned at a cemetery right before Christmas, the community sent a wave of support.

It’s hard to imagine abandoning little Tony, a 3-year-old boy, and his dog. But that’s just what happened in Ohio.

God had His eye on the child, though. And He made sure someone was in the right place at the right time to keep him safe!

Community Rallies Around Abandoned Boy And His Dog

Only days before Christmas, a woman was visiting Hope Memorial Gardens Cemetery in Ohio. And it was there she witnessed a heartbreaking scene.

A mid-sized blue vehicle pulled up, leaving Tony and his pup in the cemetery. The shocked witness watched as the 3-year-old boy and his dog chased after the vehicle as it sped away.

This Good Samaritan wasted no time in acting. She gathered up the 3-year-old boy, who had no shoes on, and his furry best friend and brought them into her vehicle so they would stay warm. Then, she immediately called the police.

WATCH: Little Boy And His Dog Abandoned At Cemetery

The little boy was in good spirits, all things considered. The police took him into custody and learned his name was Tony.

They turned to social media for help finding the parents of the boy and his dog. But they also received a wave of support from the community.

Hearing the boy’s heart-wrenching tale touched the hearts of hundreds of strangers. Christmas presents started showing up left and right at the police department for little Tony. Everyone wanted to help brighten his Christmas in light of the traumatic event he’d endured.

In addition to all the gifts, there were also plenty of offers to adopt little Tony and to help in any way possible. The kindness so many showed touched the heart of Hinckley Police Chief David Centner.

“All of you have renewed my faith and appreciation for the wonderful community we live in and that surrounds us,” he said. “All of you are truly the best! God Bless all of you.”

Tony’s father saw his son’s photo on social media and reached out to the police. The boy and his dog were allegedly in the mother’s custody when the incident at the cemetery took place.

As the investigation proceeds, Tony is safe and sound in a loving foster home. And we know God will continue to watch over the sweet boy!

YOU MAY ALSO LIKE: Photo Of A Police Officer Snuggling An Abandoned Toddler Goes Viral

“Can a woman forget her sucking child, that she should not have compassion on the son of her womb? Yes, they may forget, yet will I not forget you.” Isaiah 49:15