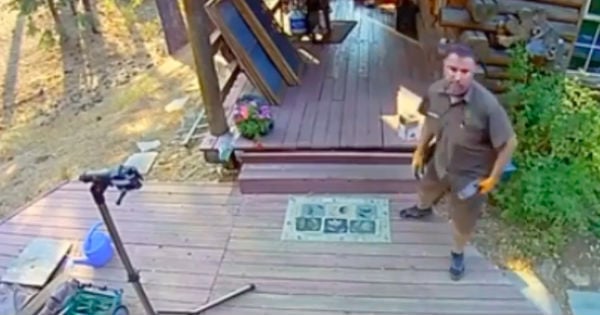 A year-long mystery is solved when a doctor discovers a dog in a cemetery.

Dr. Harshivinderjit Bains was in the process of building his own clinic. During the construction phase, he noticed a little white dog that seemed to be skittish of people. This stray dog had been spotted living in a nearby cemetery.

RELATED: A Loyal Dog Refuses To Leave Owner's Side On The Day Of Her Funeral And It's Heart-Wrenching

As much as Dr. Bains wanted to give her a good scratch behind the ears, she kept her distance from the kind-hearted doctor and most people for that matter. The only place she felt safe was making a home among the dead, hidden by tombstones and the quiet.

Despite her skittish demeanor, the doctor had hopes of taming the dog and giving her a loving home. But he decided to start out small in terms of gaining trust. He gave her food, water, cozy blankets, and a warm place to stay while the clinic was being built.

Rescuers Set Out To Capture Dog In Cemetery

As the days grew colder, Dr. Bains decided it was time to catch this lonely little dog and get her indoors. He had ideas of making her a part of his family. But you won't believe what happened next. When the doctor took this sweet little girl to the vet, a microchip was discovered. A few phone calls later and her parents had been notified.

Cindy Nash of Nicholas Pet Haven helped Dr. Bain rescue Truvy and discovered she had a microchip. Later they learned how she got separated from her family and shared the amazing year-long journey of this stray dog in a cemetery.

It turns out she squeezed through a fence and got lost after moving to a new town. Truvy's family had given up hope of ever finding her. She had been lost for almost an entire year.

At first, Truvy was anxious and worried about the strangers who greeted her at the clinic but after a few minutes their familiar scents and voices reminded her of who they were!

YOU MAY ALSO LIKE: Car Races Away After Dropping 3-Year-Old Boy And His Dog At Cemetery So Strangers Step In

Truvy was overjoyed to be reunited with her long lost family. Can you imagine what it would be like to embrace long lost family members? No matter how much time has passed, nor the hardships, home is always where you're loved.