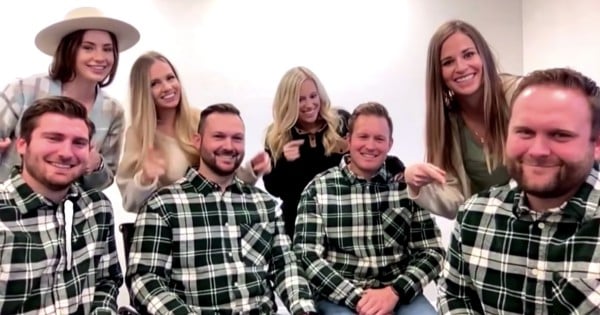 A boy shoveling snow in Toronto goes viral when his exhausted reaction has everyone cracking up. Carter Trozzolo, we all feel you.

We, adults, loathe chores that require manual labor in cold temperatures. We too feel that when a snowstorm happens, it should be a mandatory snow day for all. Not just students but also adults and not just from school and jobs but also from chores.

RELATED: Family Playing in the Snow Hits Record As Grandma Hilariously Fails at Sledding Down Hill

After a huge snowstorm hit, it had the city of Toronto digging out. School had been canceled but a little boy named Carter was in for a day of shoveling snow. His mother had instructed Carter to help shovel sidewalks and driveways throughout the neighborhood.

But his weary sighs and comical reactions have the world stitches after his story went viral when a news crew stopped in Carter's neighborhood and asked him how his day was going. His thoughts about chores were pure gold when he said it was, "Tiring" with a big sigh.

Then, the boy shoveling snow added, “I really wish I was in school right now,” going on to say that he shoveled snow not just for his family, but for “my neighbors, friends, probably people I even don’t know.”

One of my favourite kids was on the news tonight in Toronto and I have officially died. I'm dead. The name plate alone. Gold. pic.twitter.com/3XNs27oHoh

One Twitter user wrote, “Carter Trozzolo, the hero we didn’t know we needed,” while another added, “We are all Carter Trozzolo. I hear you, kid. I feel you.” The Canadian Armed Forces in the U.S. also gave a shout-out to Carter, “Canada is so Canada sometimes that a day off school means you shovel for your neighbors, friends, and probably people you don’t even know. See Carter Trozzolo. Be like Carter Trozzolo.”

But that's not where this story ends! The news crew returned the next day to Carter's house. They asked the funny boy shoveling snow for additional comments after it was also declared a snow day. Carter's response was beyond cheeky and hilarious when he said he was still, "still exhausted.”

Well Carter we hope your mom served you some hot chocolate with a few marshmallows and got you into bed to help combat your exhaustion.

YOU MAY ALSO LIKE: Security Camera Catches FedEx Driver's Act Of Kindness For Widow