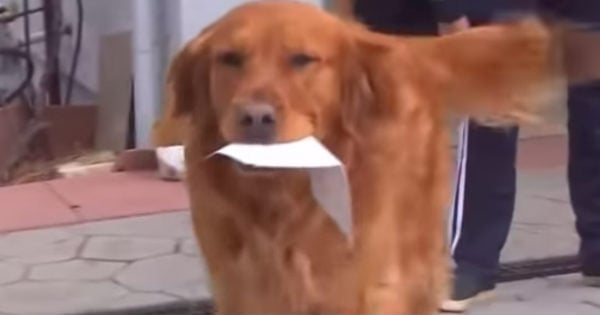 While many people are working from home at the moment, their work routines have had to adjust. This is the case for one meteorologist whose cat interrupts his weather forecast. But it turns out that people love seeing his cat on his broadcasts!

Jeff Lyons is the Chief Meteorologist at WFIE-TV in southern Indiana. In order to follow social distancing rules, Jeff has been working from home and set up his new studio where he records his weather forecasts in his dining room.

"Working from home has been an adventure," he says. "I have my studio and green screen set up in the dining room. It's nice to have a 30-second commute after the late news."

One day while he was working, his cat, Betty, kept hanging around him. So Jeff picked her up and held her in his arms while filming a small segment for the news.

"Betty was under the dining room table during one weathercast, and the director asked to see her," Jeff shares. "So, I held her up for the camera. We just had the final 30-second weather to do, so I kept her in my arms just for fun...little did I know!"

After Betty's debut on Jeff's weather broadcast, people have been tuning in more and more to see her on screen. There have even been people in Europe and Australia viewing the weather segments to get a glimpse of Jeff's new feline co-worker! And Betty now has an official lower third graphic on the show that reads "Betty the weather cat" whenever she is on screen.

"The outpouring for this silly cat has been crazy," Jeff says. "I've spent 34 years in local TV as a meteorologist, so I am used to being known around this area. But this is something that has really thrown me for a loop!"

Betty has been part of Jeff's family for 11 years when she first showed up on a windowsill at their house. Little did Betty know then that when she joined their family, she would have a future in weather forecasting with Jeff!

YOU MAY ALSO LIKE: 2 Grandmas Lament Their ‘Coronavirus Blues' With A Hilarious Performance

During this time of the coronavirus pandemic, Jeff and his family have been self-isolating at home. "My wife of 31 years and I have 3 kids, Natalie 21, Justin 24, and Patrick 27. All are home at the moment, as they paused university and jobs," Jeff explains. "We feel fortunate that we have this time together and pray for those affected by the virus. We live in hope-like everyone–that this will pass soon."