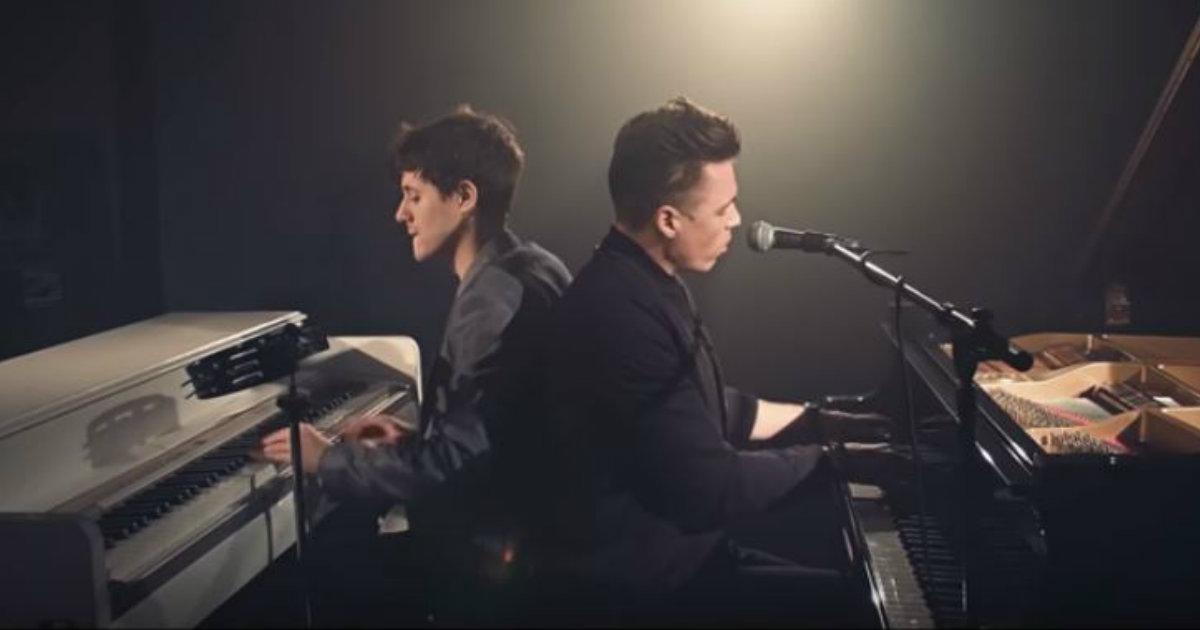 As a nation mourns the passing of spiritual leader, Billy Graham, this beautiful video where Christian musicians thank Billy Graham seems a perfect way to reflect on his works and what he meant to so many. Since Billy Graham helped them all grow in their faith, they came together to express their gratitude. 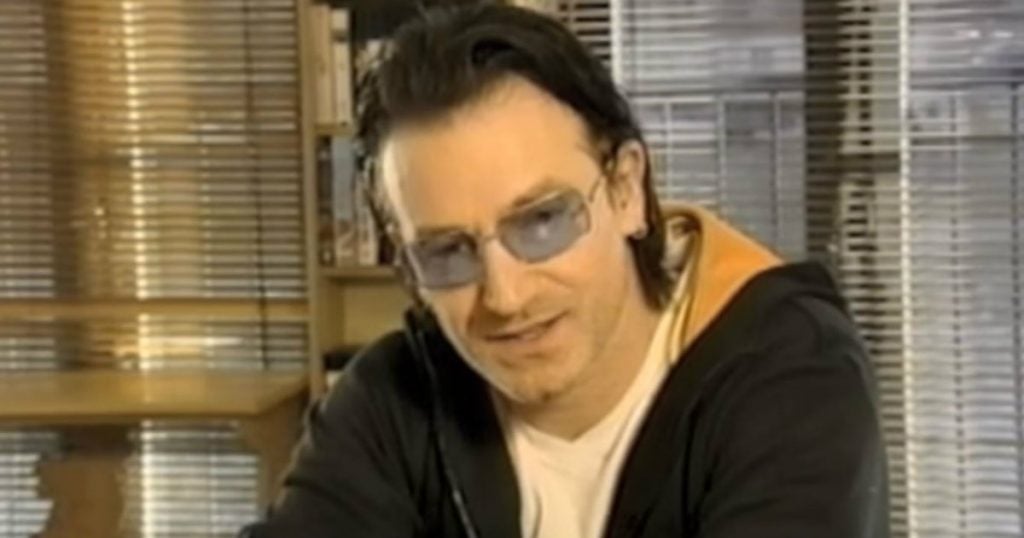 Recording artists Pat Boone, David Pack, and Billy Dean were so impacted by Billy Graham's ministry. So they wrote a song to say “Thank You” to him. They included so many country singers whose lives were also impacted by this man of God. And it was so heartfelt. 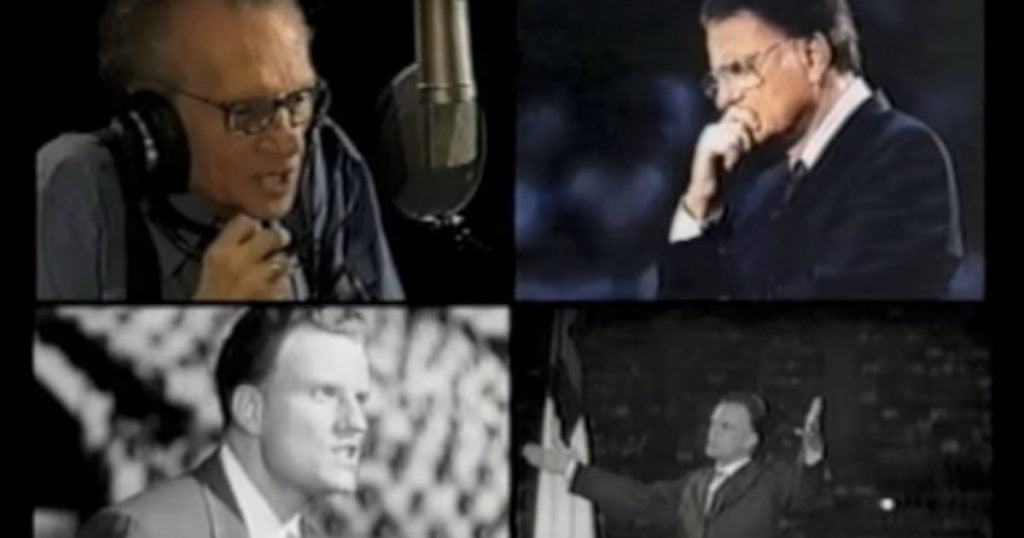 Billy Graham was the reason why a lot of these artists began a relationship with Jesus. Because He was not afraid to be transparent and real about God's saving grace, he was easy to relate to. And that's what drew so many people to his ministry. Billy did not make anyone feel like they were alone in life’s journey. But he delivered truth in a way that made people want to live a life free in Jesus. And that was expressed in the song that these artitsts wrote for him. 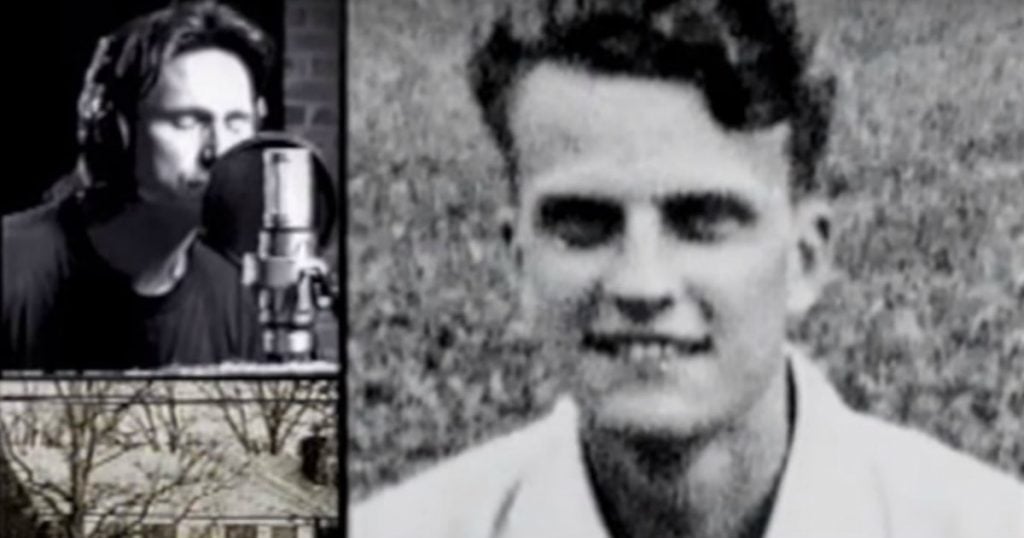 The video begins with Bono, lead singer of the iconic rock band "U2", giving honor to Billy Graham for being a clear, empathic voice of faith. Since we live in a world where people have diminished Christianity to nothing more than a saying on a bumper sticker, Billy Graham was of great encouragement to believers. He really taught us how to value the word of God. And that is what Bono expressed. 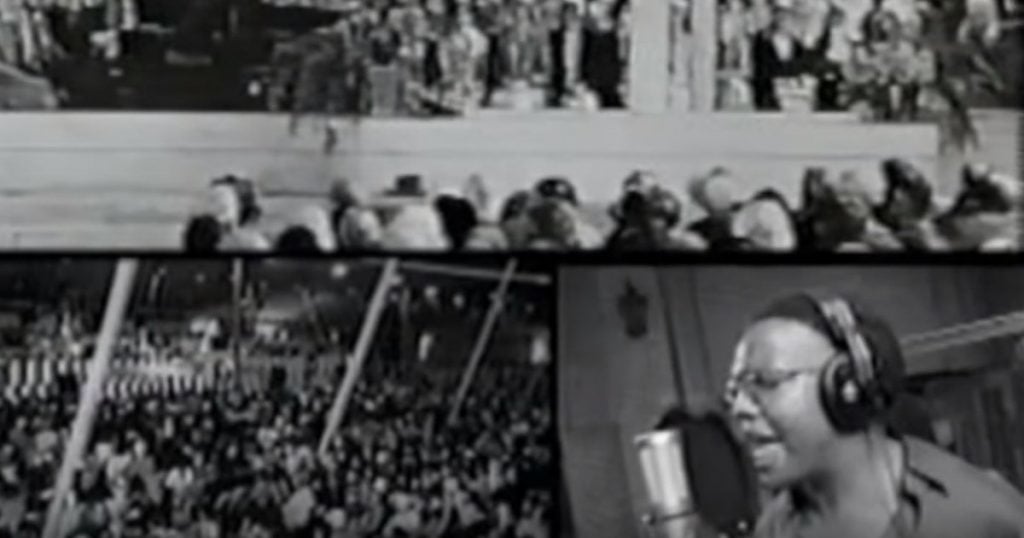 This personal, heartfelt song of gratitude includes some poignant lyrics:

On the 7th of November 1918 he was born
to a Carolina farmer and his wife.
He grew up long and lanky, milkin’ cows n’ tendin’ school looking for direction in his life. 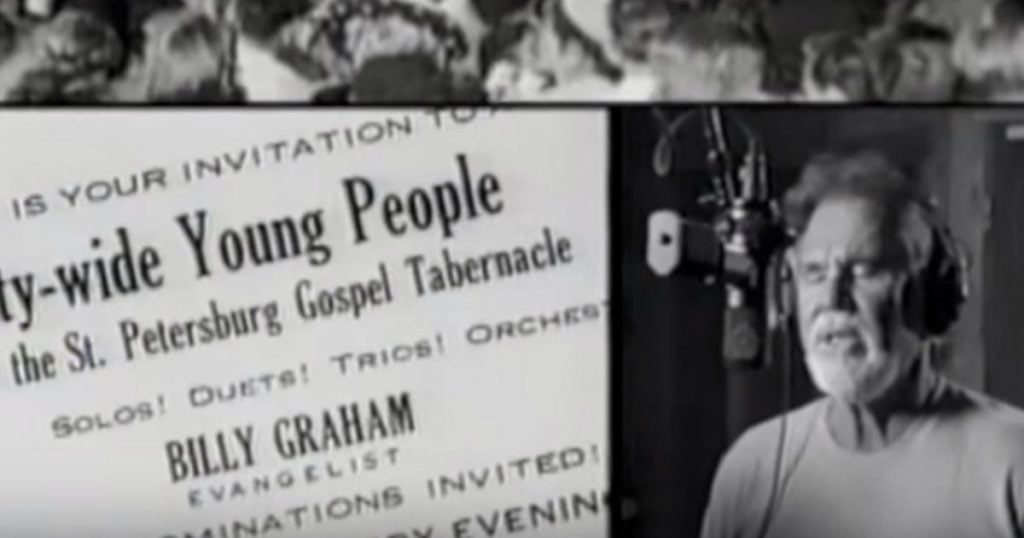 The song continues saying, “He went to a church one Sunday, and met a preacher there,
a man they call Mordecai Ham. Young Billy heard the call, right down gave it all” 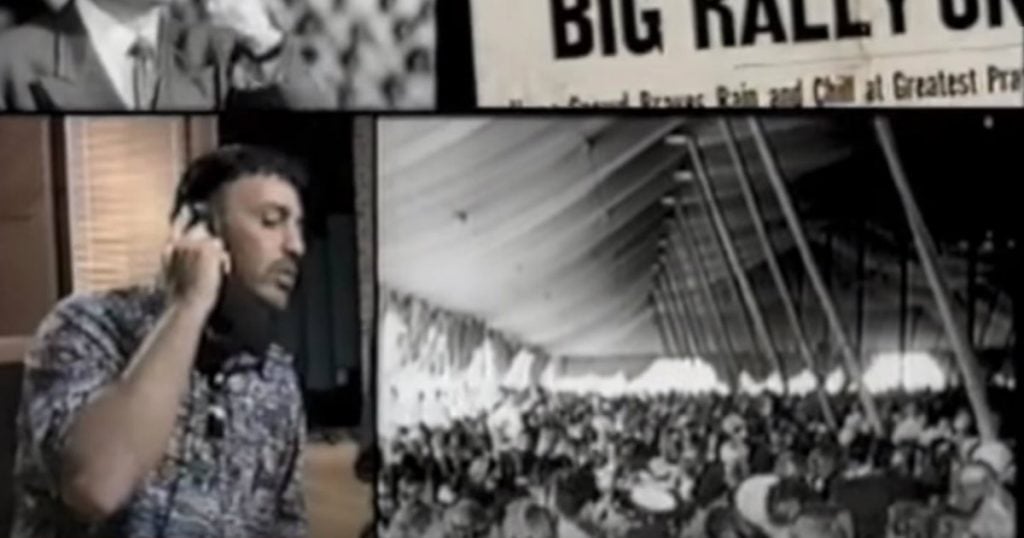 The song continues with:

as they sang `Just As I Am.’
He heard the word, he got the call,
he took the message to us all. 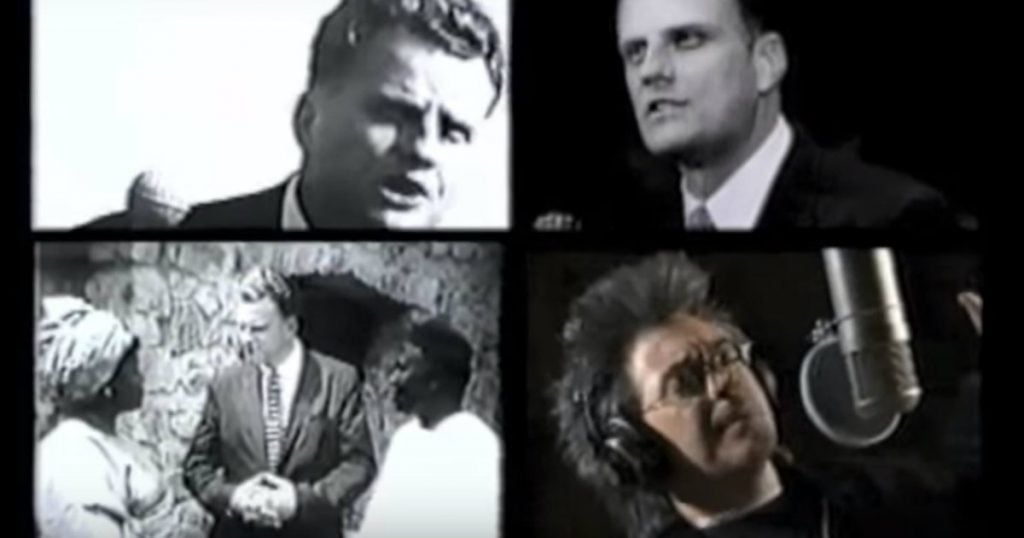 The beautiful tribute continues with:

He said it so we all could understand.
Around the world, here at home,
he let us know we’re not alone.
Oh, thank you, Billy Graham. 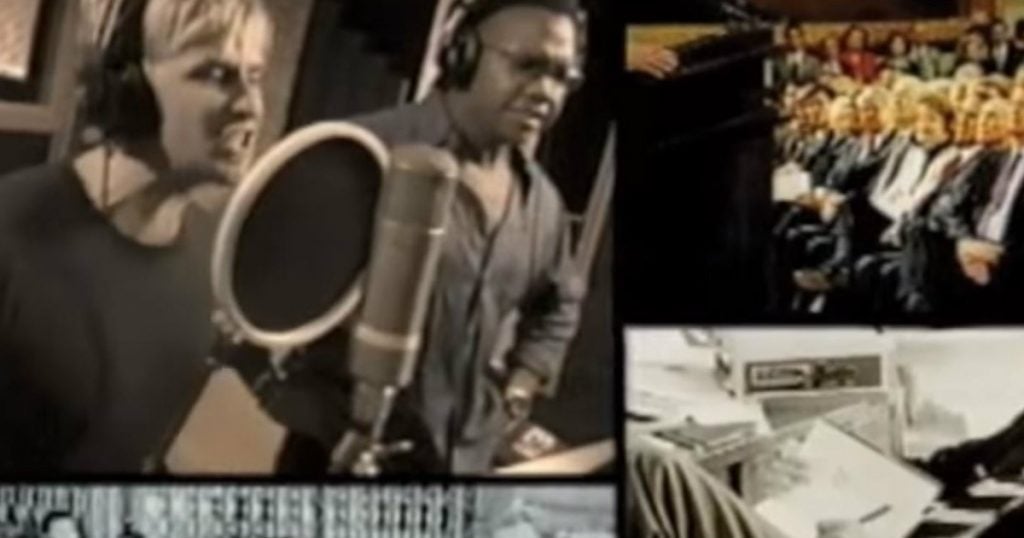 This beautiful song is a wonderful tribute to the beloved Reverend. Released back in 2008, I can only imagine how touched Billy Graham was! How wonderful that people honored the great man while he was still living. Watch the video below to hear an introduction by Bono followed by the beautiful music video. Afterward, play the Behind the Scenes video to learn the inspiration and hear the story behind the song. 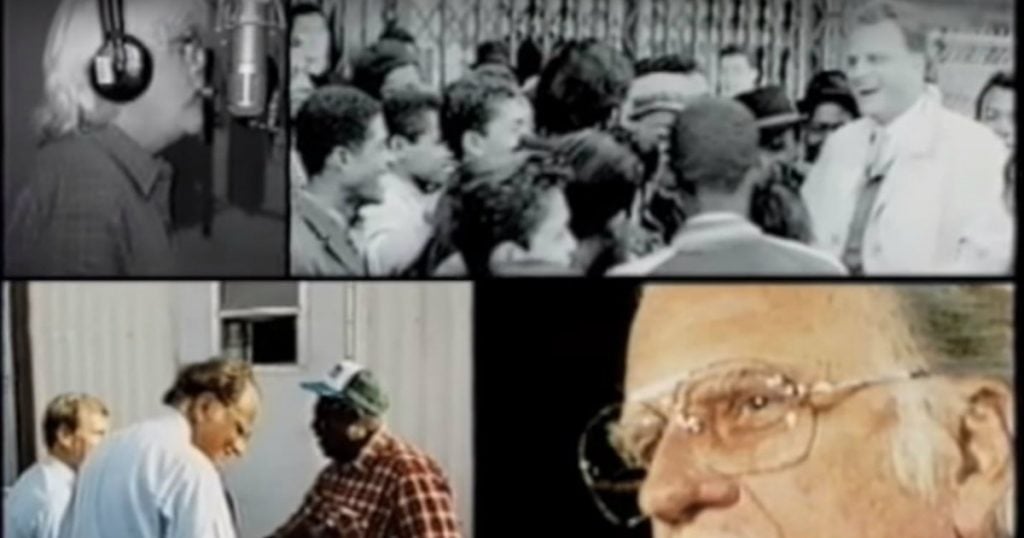 WATCH: Behind the Scenes: The Making of ‘Thank You, Billy Graham’

YOU MAY ALSO LIKE: 40 Courageous Quotes from Billy Graham