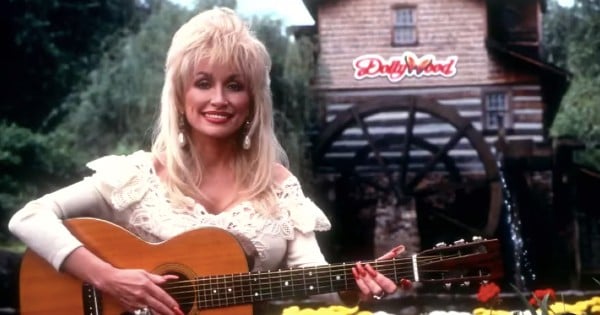 And, while it might be tempting to think that celebrities live perfect lives or lives protected from pain, TobyMac has experienced the heartbreak of the worst kind. In this raw and revealing interview, he shares how his greatest loss has impacted him.

Born Kevin Michael McKeehan in Virginia, TobyMac is a Chrisitan rapper, singer, songwriter, and producer. He's been performing in groups or as a solo since 1987. He's been nominated for and won music awards of all kinds: American Music Awards, Billboard Music Awards, Grammys, GMA Covenant Awards, and GMA Dove Awards.

During this 7-minute video entitled "Healing Out Loud," TobyMac very articulately shares what he's learned in his grief, and there are several insights that may very well help others going through the same thing.

TobyMac describes a chance meeting that he had while performing in Austin. He'd met a man at his concert and, subsequently, played golf with the gentleman while still in Austin. The man talked with TobyMac about how he'd lost his son in a car accident. This was before TobyMac's own son died.

There were several things during that meeting that might have been preparing him for the tragedy he would experience, and it sounds as though the artist believes God's hand was in that providential encounter.

Later, after Truett's death, the man reached out to TobyMac and encouraged him to "grab onto a promise of God." TobyMac did that, clinging to the promise that God would not forsake him. And, God never left him alone in his anguish.

Christian singer TobyMac speaks honestly about how laughing and smiling have returned, but that the depth of his laughter and the size of his smile may never be what it once was. This might resonate with many who've lost loved ones.

TobyMac shares that he spent time, for the first time, really considering heaven and what it might be like. In fact, TobyMac wrote a song entitled "21 Years," which beautifully captures some of the thoughts that he might have been wrestling with after losing his boy.

There are three primary things that have helped ease the grief for TobyMac, his wife Amanda, and their other four children. Counseling and the support of loved ones and friends have made a tremendous difference. Additionally, TobyMac and his family found the prayers and kindness of fans to be a blessing and an encouragement, too.

RELATED: Singer TobyMac Takes a Moment at Concert to Talk about Losing his Son, Truett, and It's Powerful

Ultimately, TobyMac, who was singing Christian music for years before the birth of his talented son, learned that beyond reason and beyond doubt, God is always there. In our darkest times, He's there.

Truett had been singing for years before he passed away. He sang on five of his dad's albums between the ages of 6 and 16, and he was starting a career of his own in the last couple of years. Truett's family started the Truett Foster Foundation. The organization raises money for college scholarships for vulnerable youth.

"Brothers and sisters, we do not want you to be uninformed about those who sleep in death, so that you do not grieve like the rest of mankind, who have no hope." 1 Thessalonians 4:13

WATCH: Christian Singer TobyMac Gets Completely Vulnerable About The Grief Of Losing His Son