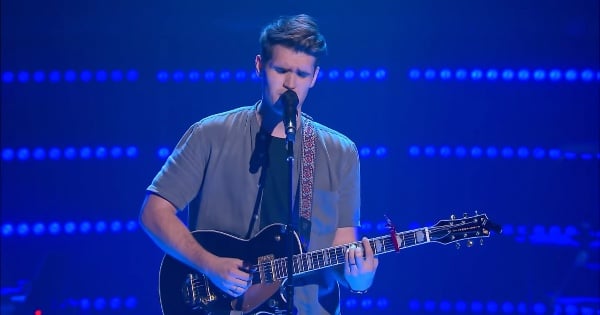 Coffey Anderson’s patriotic song ‘Memorial Day’ is a powerful reminder of the incredible sacrifice soldiers make for their country.

Just listen to the impassioned lyrics of this patriotic song from Coffey Anderson. It tells the story of a young man going off to serve his country, but never coming home.

"We nicknamed him Walker, he tied knots to get a badge, he said, I’ll serve my country

Just like my old man, but July 29th, came and he was gone

A shiny town car parked on that old gravel lot, two uniforms on the front door they knocked

His Mama started crying, she said, you are lying! Where's my son?

So I’ll take off my hat, raise up my drink, to the ones that gave it all for the US of A

Say a prayer for the families, Lord give ‘em strength, there’s a folded flag in a frame

And I just want to say thanks on Memorial Day"

RELATED: Audio Fails at High School Game And Then Dad Stands Up And Belts Out the National Anthem

What an emotional song! In the music video, there are scenes of men and women in uniform as well as family members who are mourning them after they have passed.

"Such a beautiful tribute to our real heroes! Amazingly beautiful song!" comments one person on YouTube after watching the music video. "God bless our men and women of service!"

"Such a powerful and touching song. Thank you for honoring those that passed protecting our country!" another person writes online.

According to Coffey Anderson's website, "the Bangs, Texas, native grew up singing in church, but it wasn't until a high school talent show that he realized he could connect with an audience. When Coffey relocated to Los Angeles to pursue music full-time, the singer's small-town upbringing, country values and unmatched work ethic stayed with him. Once in L.A., he carved out his own lane of country music. Coffey took his music career into his own hands producing his own albums, booking his own shows, and editing his music videos out of his garage."

YOU MAY ALSO LIKE: Army And Navy Glee Club Came Together To Sing The National Anthem And It Is So Moving

The song ‘Memorial Day' is a great reminder of why we should honor our military men and women who gave their lives for our country. God bless them all for their service and sacrifice!