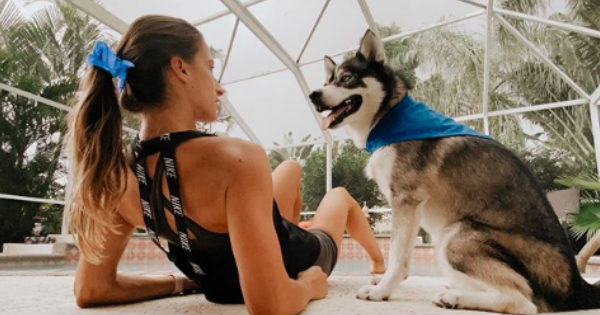 Footage of a cougar stalking a hiker for six minutes went viral after the man shared his terrifying encounter online.

What couldn't be more refreshing than a hiker in the Utah mountains, surrounded by trees, wild brush. . . and cougars? What started off as a normal hike became a race to survive.

RELATED: Wolf Stalks Family ‘Like Something Out Of A Horror Movie' But Then Guardian Angel Jumps In

Kyle Burgess was hiking near Slate Canyon Park in the early evening hours when he pulled out his phone to record what he thought were four wild kittens. But little did he know, those were indeed wild kittens — wild cougar cubs, that is. To be fair, baby cougars do look a lot like their domestic cousins with their sweet little eyes and markings but they are much bigger and typically have a mom that is to be feared by all human beings.

As Kyle was filming, he suddenly noticed a cougar come out onto the trail. For six heart-pumping minutes, the hiker filmed the cougar stalking, lunging, and charging at him.

So, Kyle did what he knew best to do in that situation — not to run — because cougars are predators and it's in their instinct to give chase. Instead, he turned on his camera and yelled at her to go away while making himself look like a big annoyance rather than dinner. Kyle said, "My adrenaline was pumping so much."

The cougar stalked him back down the trail for what seemed like ages while Kyle kept saying, "Go away. Go get your babies."

At first, the cougar is stalking the hiker slowly before she charges and lunges at him while hissing. At one point Kyle said to her, "Come on dude. I don't feel like dying today," as she got within four feet of him.

Finally, Kyle throws a large rock at the mama cougar which startles her enough to cause her to run away. The whole experience certainly gives us all a whole new meaning to the phrase, "Don't poke the bear," or perhaps a whole new point of view to the story of Daniel in the lion's den.

Kyle later shared the heart-stopping footage on Instagram, where it has been viewed more than 132,000 times.