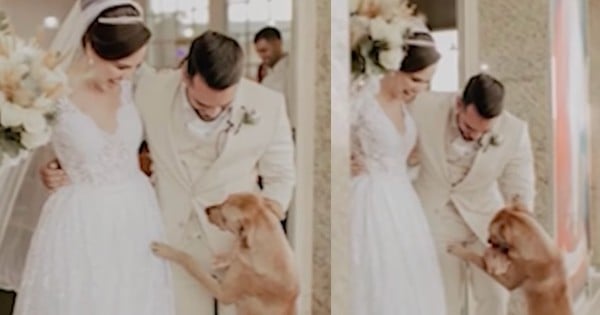 A kind-hearted farmer was in for a big surprise when he rescued a cougar cub thinking it was a tiny kitten!

Who hasn't seen a poor stray kitten, and wanted to bring it home? But sometimes, that cute kitty might not be quite what we thought!

That was the case for Elber Guzman, who rescued a little kitten on the side of the road and brought it home.

Elber is a farmer in Colombia, and he was on his way home from work on his motorcycle when he saw the tiny kitten. The tiny thing was abandoned, dirty, and probably very hungry.

Elber decided to take the kitty home and give him a bath. What he didn’t realize what that he’d actually rescued a cougar cub.

Everything seemed fine at first. The kitty was probably pretty grateful for some food, water, and care. But soon, this kitty began behaving a little unusual.

Elber realized something wasn't quite adding up with his new kitten. He didn't play like the other kittens did.

"I began to look at him carefully and . . . he had a long tail and round ears. Furthermore, their behavior, as well as aspects of food did not resemble that of cats." Elber said.

He started doing research online about his newest house pet as well as different types of cats. It was then the farmer decided that it was best that he go visit an animal expert.

The doctor at the regional veterinarian agency revealed that the kitten was in fact a cougar cub! It was there that they gave the cougar another exam, and then he was taken into a rescue facility where they are equipped to take care of a cougar.

Normal house cats weigh up to 10 lbs and eat normal canned or dried cat food. But cougars grow up to 200 lbs and they are hunters of prey to animals such as deer, sloths, and lizards!

YOU MAY ALSO LIKE: Construction Workers Rescue A ‘Dog' That Isn't Actually A Dog At All, He's A Wolf

While the cougar cub was very cute and small now, it would be a very different story when he grew up to be full size. He will be cared for in the facility until he is old enough to live out on his own, and released back into the wild.