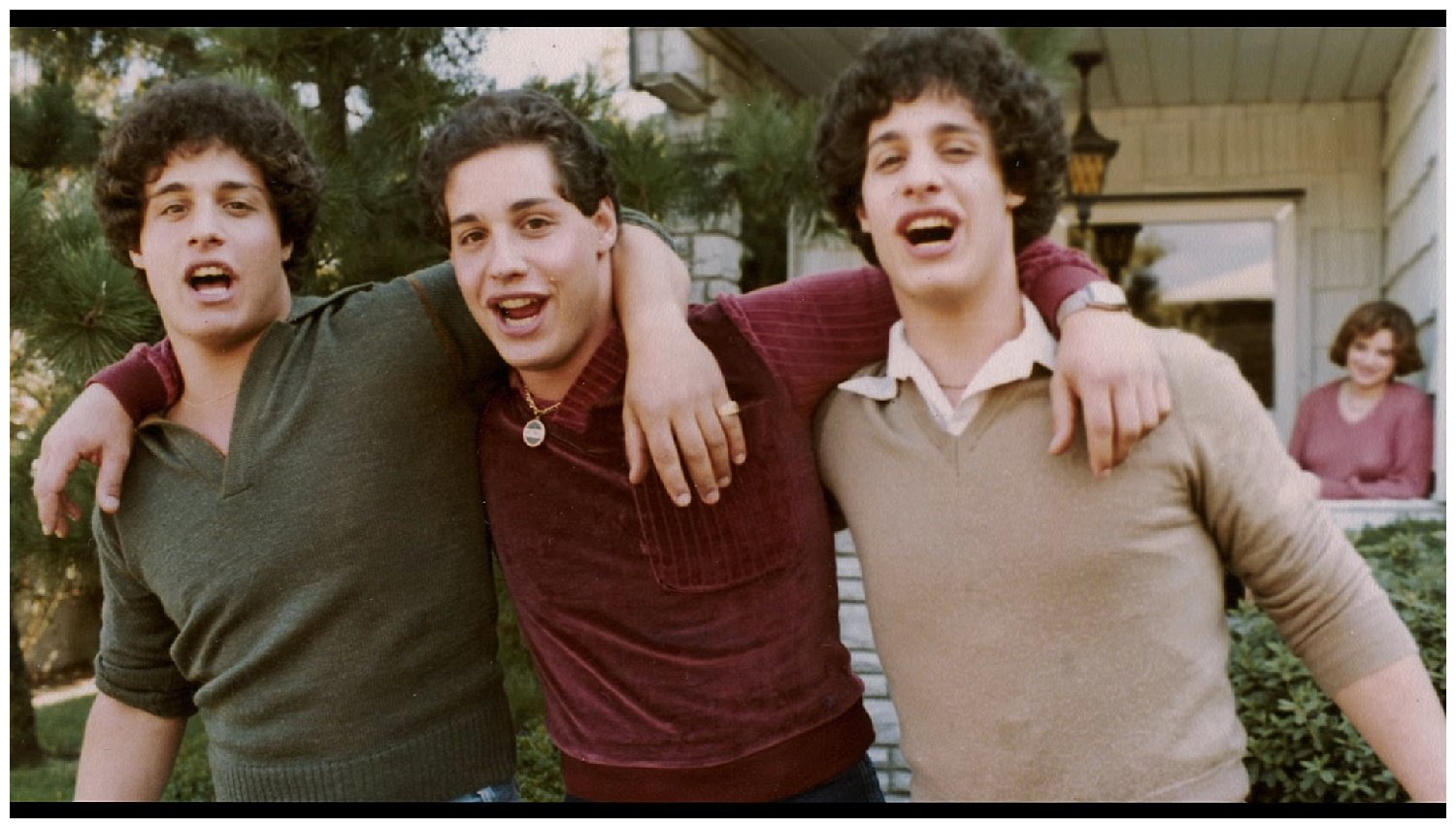 Parker Sever learned firsthand how life can change in an instant after getting his colonoscopy results. But he’s not letting it keep him down. And how the police chief battles colon cancer is truly inspiring!

Born and raised in Fresno, California, Parker Sever joined the Hanford Police Department fresh out of the police academy in 1997. Over the years, he worked his way up the ranks and accepted the role as Chief in 2015.

Parker and his wife of 25 years, Pamela, have five children ranging from age 9 to 23. And all those who know Parker have nothing but nice things to say.

"He is one of the best men that I know," Hanford Police Capt. Karl Anderson said.

So, it came as a complete shock to everyone when tests revealed something inside the police chief was killing him!

Parker went in for what he expected to be a routine colonoscopy. However, the results were eye-opening.

“December 11th I thought I was in probably about the best shape of my life,” Parker said. “December 12th, you know, there’s something inside of you that’s going to kill you.”

The colonoscopy revealed a tumor and a few weeks later, doctors removed a foot of Parker’s colon. They thought it would do the trick. But then, further tests revealed cancer had spread to the police chief’s liver. 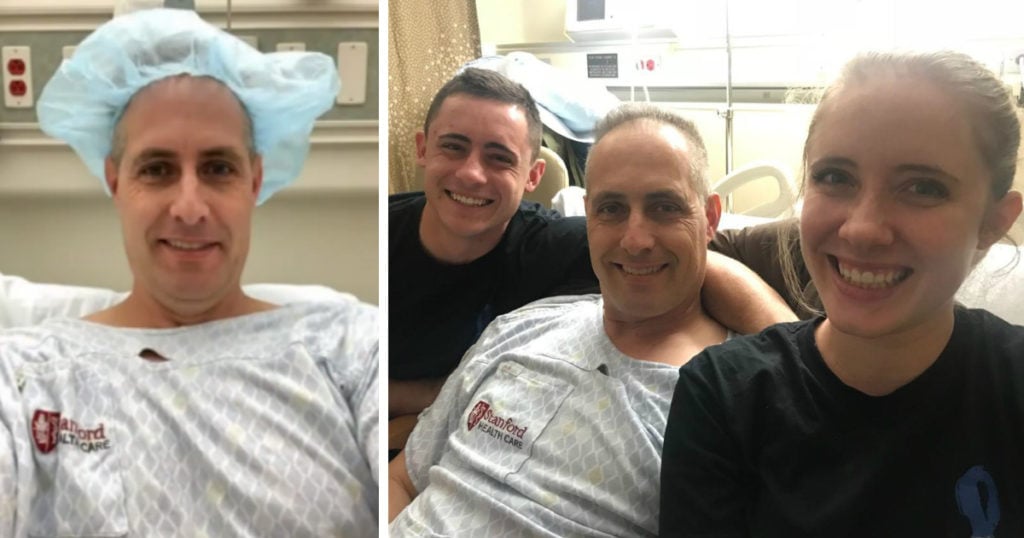 More surgeries followed, as well as chemo treatments. Fighting through unpleasant side effects like nausea and fatigue, Parker has continued to work as much as possible. It would be easy to get down, but he’s maintained a positive outlook through it all.

"He is the most positive person who has the ability to lighten the room up with his presence," Lemoore Police Chief Darrell Smith said.

In fact, Parker has spent the scary time in his own life encouraging other officers to get checked out!

“I think almost every officer at the Hanford Police Department has gotten a colonoscopy since I got mine,” he laughed. “So that’s probably a good thing.”

And the way this police chief battles colon cancer has inspired everyone around him.

"We know he'll make it through and everything will get back to normal," Capt. Karl Anderson said.

And so, they wanted to find a way to support their beloved chief!

Parker has reported to work as much as possible throughout his cancer battle because the Department means so much to him.

"I really love and care about the people that are here," he said. "When I'm not here, I miss them."

Still, there are days he just isn’t well. So, all of the captains, lieutenants — everyone in the department — have really stepped up to make sure Parker can focus on his health and his family. 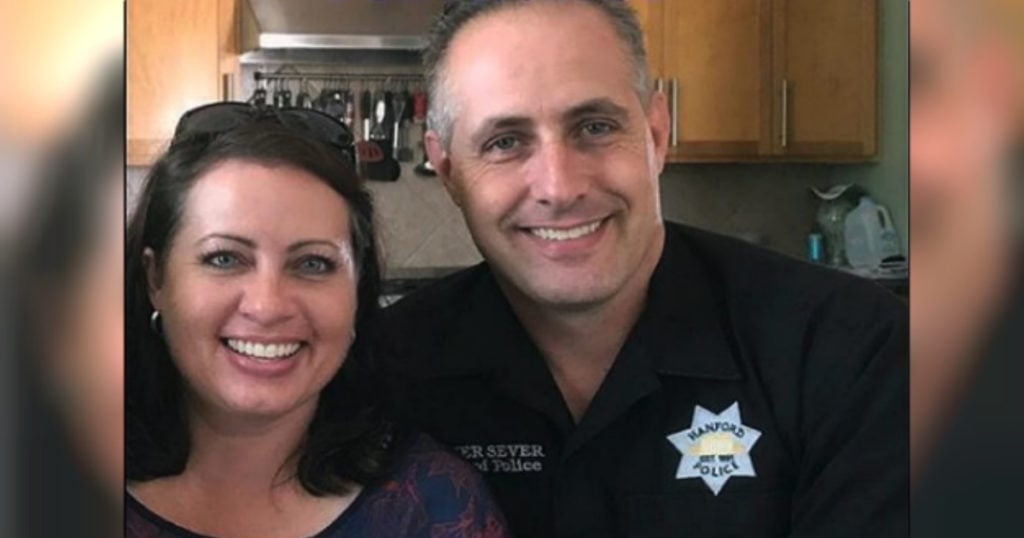 After six surgeries, the removal of eighty-percent of Parker’s liver, and rounds of chemotherapy, doctors declared Parker cancer-free. And because the police chief means so much to the city of Hanford, the community came together to organize a benefit for him and his family.

"I'm blessed to be on the receiving end of their kindness," the caring chief said.

And of course, Parker continues to push others to take their health seriously and get checked out.

"When you catch these things early, you have a much better chance of having a positive outcome than if you wait and try to avoid it," he says.

And it’s so inspiring to see. Rather than letting the struggle hold him back, Police Chief Parker Sever is letting God use him for something bigger.

What an incredible story of a real-life overcomer!

YOU MAY ALSO LIKE: Doctors Are Prescribing A Type Of Antibiotic With Terrifying Side Effects