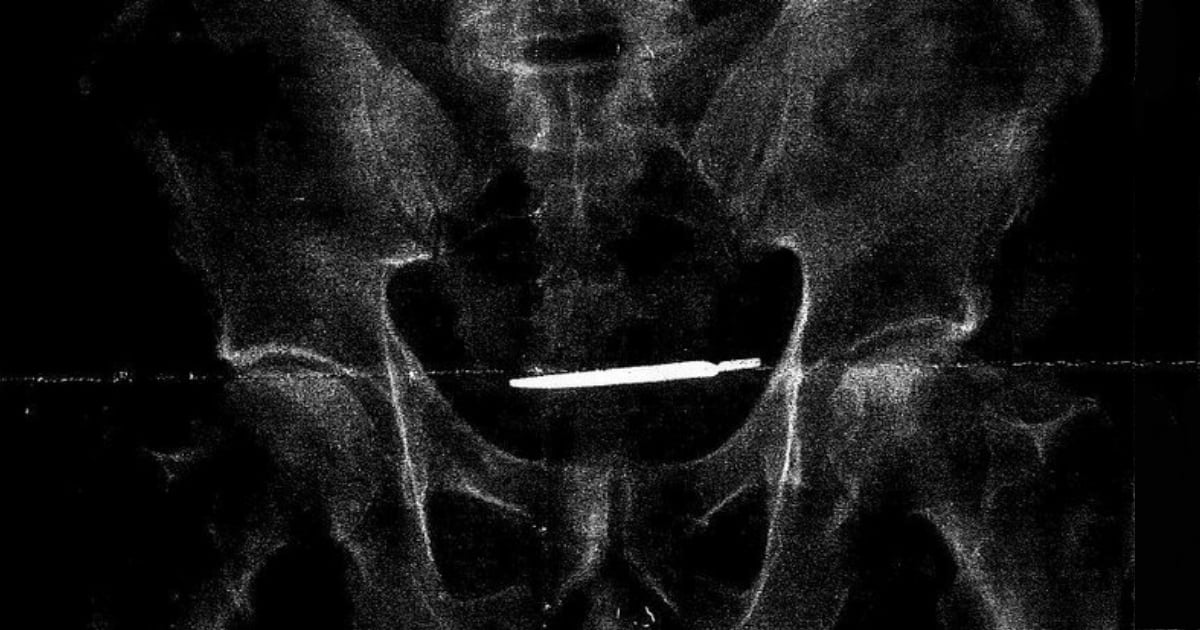 Heather Blackburn-Beel was only 34 years old when doctors shrugged her stomach pain off as irritable bowel syndrome. Because of her age, they didn’t check for colon cancer until it was too late. Now, her heartbroken family is warning others of the alarming rise of colon cancer in young adults.

34-year-old Heather Blackburn-Beel led a busy life as a mother-of-two and full-time nurse. So, when she started getting stomach pains, doctors attributed it to irritable bowel syndrome. Since 50 is the recommended starting age for colon cancer screenings, they assumed her young age ruled out the horrible disease.

Colon cancer runs in their family, so Kaye begged her daughter to get a colonoscopy. She even offered to pay for it. But since life was so busy and her doctors didn’t seem worried, Heather brushed off her mom’s concerns. She didn’t want to waste her time or her mother’s money on an unnecessary procedure.

But the pain only worsened over the next several months, forcing Heather to wonder if perhaps her mom was right. She finally gave in and the screening revealed confirmed Kaye’s worst nightmare. 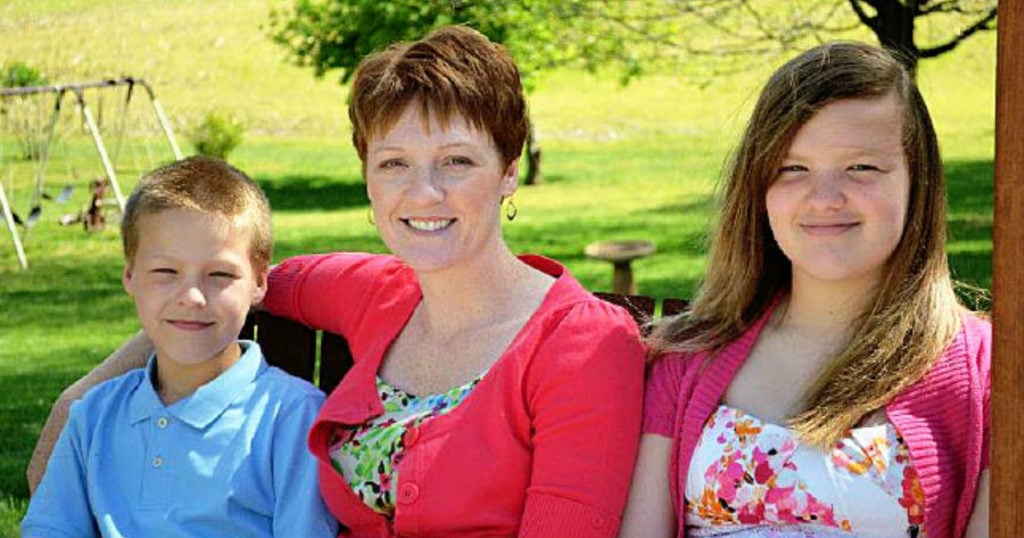 Heather with her children Credit: WebMD

Doctors diagnosed Heather with stage IV colon cancer. Suddenly, Heather found herself fighting for her life. Doctors removed her colon and she underwent chemotherapy. She fought hard, hoping to make it long enough to see her kids through high school.

Sadly, though, it didn’t happen. The cancer had already spread to other parts of her body and Heather died on May 23, 2014, after 4-and-a-half year battle.

“I think it's probably the worst loss that anyone can have,” Kaye says. “You never get over losing a child — you just never do. You deal with it, you live with it. But you still have a lot of bad days where you miss her terribly."

Alerting Others To Risk Of Colon Cancer In Young Adults

Had doctors checked Heather sooner, things might have been different.

"I kind of blame some of the doctors who put Heather off, probably for a good 6 months to a year," Kaye explains.

But for now, 50 remains the recommended screening age for most. Even in cases like Heather’s, where there is a family history of colon cancer, testing doesn’t start until 40. Yet, doctors are seeing an increase in colon cancer in young adults. And more are dying from the disease.

“It sounds cliché, but if I can help someone else avoid what we have been through, then I will do it. It was just so horrible for Heather and her kids and our whole family,” she says. “So if you have symptoms, get them checked. If you don't think the doctor knows what they're talking about, find another doctor. And if you have a family history of colon cancer, you definitely need to be screened. Don't wait until it's too late.”

Another Case Of Colon Cancer In Young Adults

Some may think Heather’s family history should have been a big red flag. But Lisa Johnson had a similar experience and with no reported cases of colon cancer in her family.

At 26 years old, Lisa started experiencing constipation, bloating, and cramping. She’d rush to the urgent care clinic only to be told her problem was hemorrhoids.

She suffered for months until a constant, stabbing pain in her right buttock sent her to a specialist.

"We had doctors who didn't take us seriously, and we had to fight to get to a doctor who understood that something wasn't right," she said.

That’s when a surgeon discovered a tumor about 2.75 inches long blocking 90% of Lisa’s rectum. Shortly after, doctors diagnosed her with colon cancer. 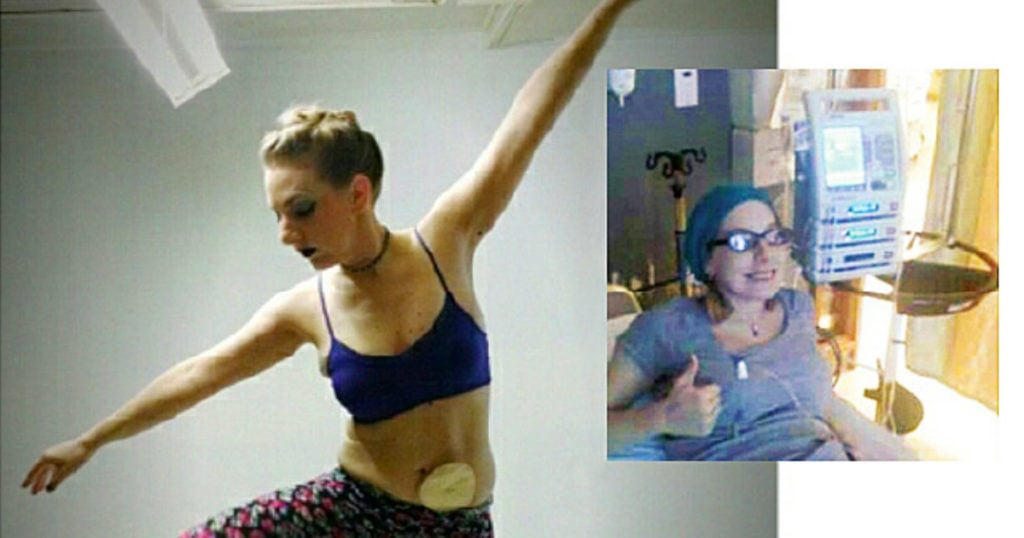 Unlike Heather, Lisa survived, following multiple surgeries and plenty of chemotherapy and radiation. But the intense battle forever changed her life.

Lisa had to give up the job she loved teaching dance. A complete hysterectomy also meant giving up her dreams of having children. Now 34, she lives with an ostomy bag. But she’s in remission and considers herself blessed to be alive.

“I've had to say goodbye to my old body. I have a new one now. This one saved my life, and I will embrace it. But the fight after the fight has been challenging,” she explained. “I felt like I became a really good professional cancer patient and often wonder: Now what?”

Warning Others About Colon Cancer In Young Adults

God will always find a way to give our pain purpose. So, like Kaye, Lisa is using her story to try and save others.

“I think my goal now is to keep telling people my story,” she says. “I didn't listen to my body for a very long time, and I want to keep others from making that same mistake.”

She’s also hoping her story will help change the way the medical community looks at colon cancer in young adults.

"If I walked into a doctor's office in my 20s and said I found a lump on my breast, a doctor would never say, ‘Ah, you are 25, don't worry. You're too young for it to be cancer.' But that's happening all the time for patients with colon cancer," Lisa says.

Getting tested is the key to prevention and early diagnosis. The American Cancer Society is expected to release updated screening guidelines, but until then, it’s important to break the stigma that someone can be “too young” for colon cancer.

"This age of 50 that was chosen for starting colorectal screening, there is nothing magical about it. We had to decide upon an age, and the rationale is 10 years before the average age of diagnosis. But what's the difference between a 49-year-old and a 50-year-old? Nothing," Felice H. Schnoll-Sussman, MD, director of the Jay Monahan Center for Gastrointestinal Health in New York City. The facility is named after Katie Couric's late husband, who died of colon cancer at age 42.

And the American Cancer Society has been conduction more studies to help reflect the alarming trend they are seeing. More young adults are being diagnosed with colorectal cancer, and more are dying.

"One of the things we've been trying to do with these papers is to increase awareness. There are a lot of delays in diagnosis for young people because their doctors aren't thinking cancer when a 20-year-old says their stomach is hurting and they have rectal bleeding," says Rebecca Siegel, strategic director of surveillance information services at the American Cancer Society.

As of yet, researchers haven’t been able to figure out what’s causing the rise in colon cancer in young adults. Rebecca says it’s something that bothers her on a daily basis.

Get Informed — Symptoms Of Colon Cancer

It’s going to take more money and research to figure out the cause. But raising awareness can help with prevention.

No matter what your age, watch out for these persistent symptoms:

Rebecca says these symptoms likely won’t end up being colon cancer, but it’s best to get checked out by a doctor to be sure. It’s also important to know if there is a history of colon cancer in your family.

Early detection can make a big difference. Ninety percent of people diagnosed at an early stage survive beyond 5 years, compared with an 11% survival rate after 5 years with the late-stage disease.

YOU MAY ALSO LIKE: Veteran Trucker Fighting Colon Cancer Goes Viral Singing Song to His Kids

It’s heartbreaking to hear stories like Heather’s and Lisa’s. But we applaud the ladies and their families for using their own tragedy to help others.