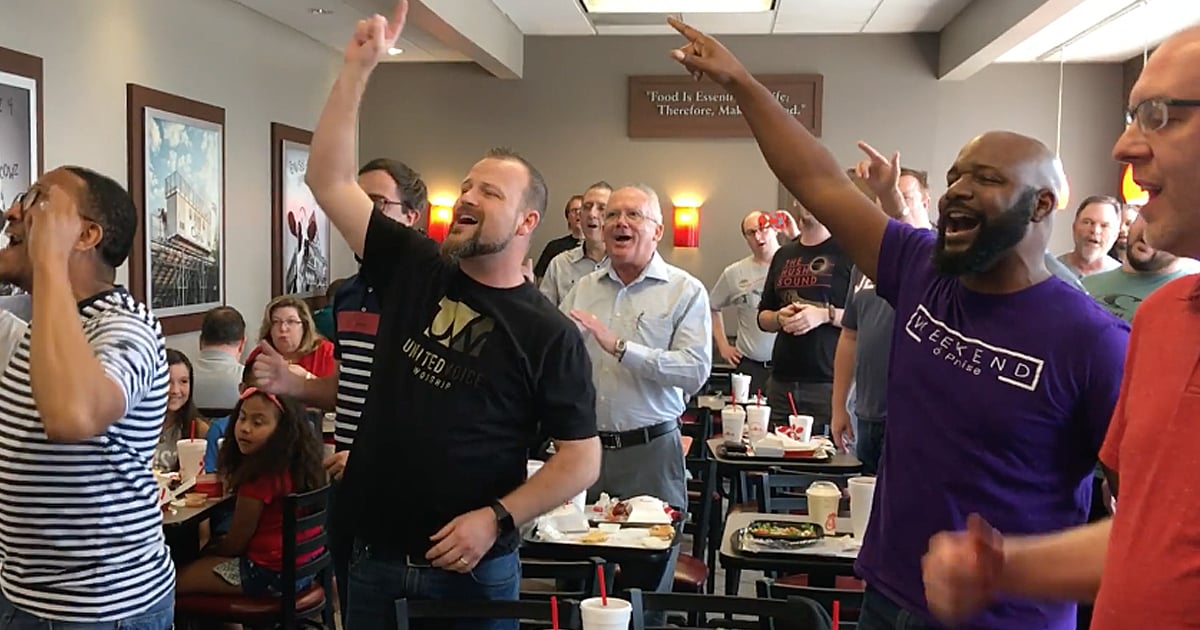 This story goes from incredible to amazing in a matter of moments. It sounds too incredulous to be believed, but it is 100% true. And the even more bizarre part of three identical strangers meeting and learning their truth, is that this was only the beginning of the story.

“I wouldn’t believe the story if someone else were telling it. But it’s true. Every word of it. It started when I went to college.” said Robert Shafran.

When Robert was 19 years old, he went away to college. And from the moment he stepped foot on campus, Robert kept being mistaken for a guy named Eddy Galland. Now, we’ve all run into people who looked like someone we knew. But this just kept happening! So finally, a friend questioned Robert and figured out that Robert and Eddy must be long-lost twins! The two knew they had to meet.

Robert explained, “I reach out to open the door. It opens, and there I am. His eyes are my eyes. My eyes are his eyes. And it’s true.” They two were stunned to see that they not only looked exactly alike and shared a birthday, but they also had the same mannerisms, voice, hands, and interests. 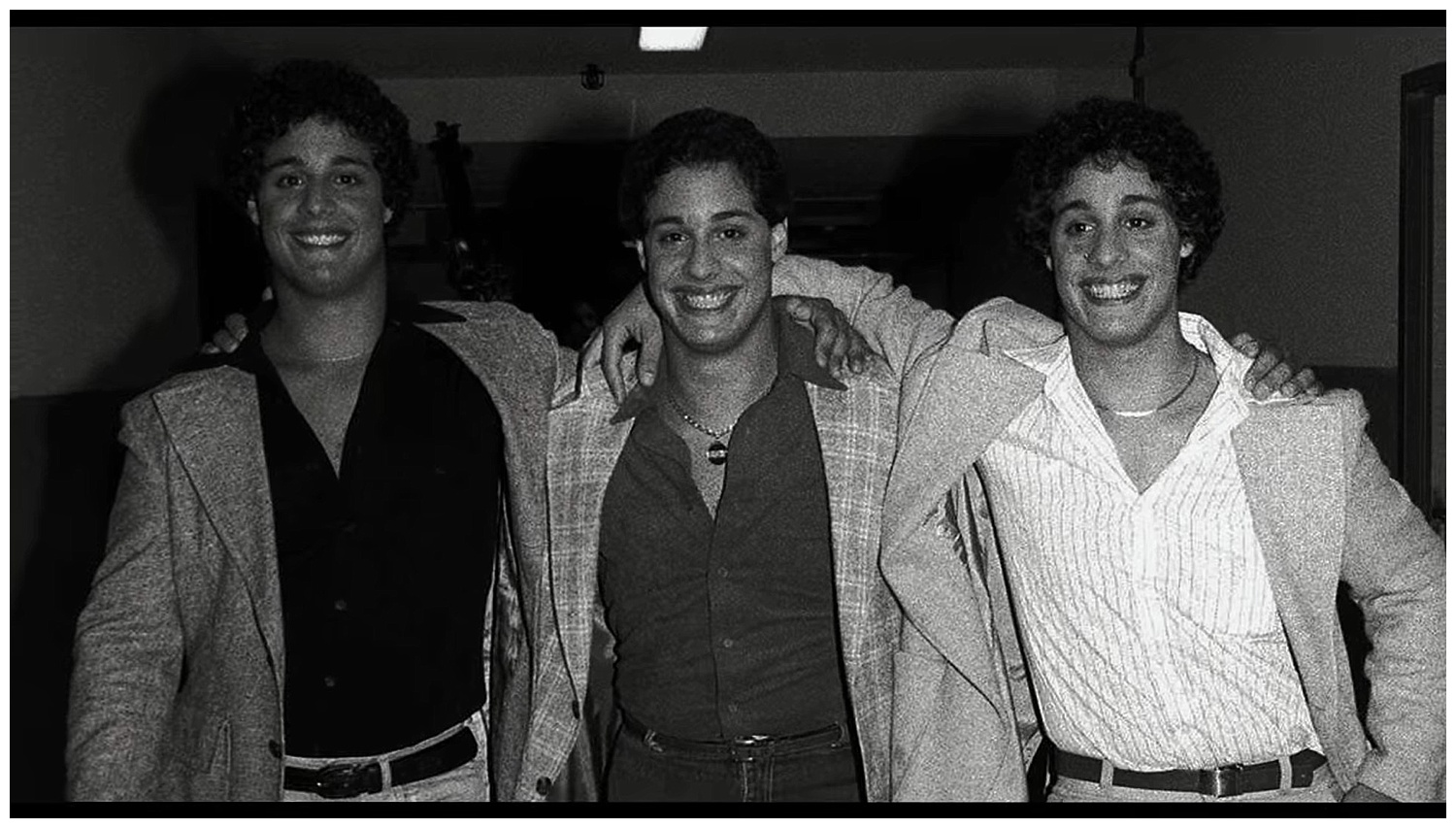 If this was the end of the story, it would already be incredible. But it’s just the tip of the iceberg. The news media learned of the brothers’ reunion and ran a story about the twins. David Kellman was in his home reading the story in the paper when he saw the picture and recognized his own face in the photo of the ‘twins’. “I think I may be the third!” David said. “Once we got together there was a joy that I had never experienced in my life and it lasted a really long time" Robert said.

“When people ask me the most remarkable story I ever covered, I tell them it’s the story of the triplets,” shared TV host Phil Donohue, who interviewed the three teen triplets back in the 1980s. The three went on to have cameo roles in the popular TV sitcom “Cheers” and in the film “Desperately Seeking Susan” with Madonna. Eventually, they opened a successful restaurant in New York called “Triplets Roumanian Steak House.’

Sadly, their joy over being reunited would soon be overshadowed by a conspiracy that went beyond just these three lives. The three would soon learn that there were sinister reasons behind their separation at birth. The triplets would have to fight to learn the truth about a terrible social experiment that was forced upon them at birth.

"We were robbed of 20 years together," David said. 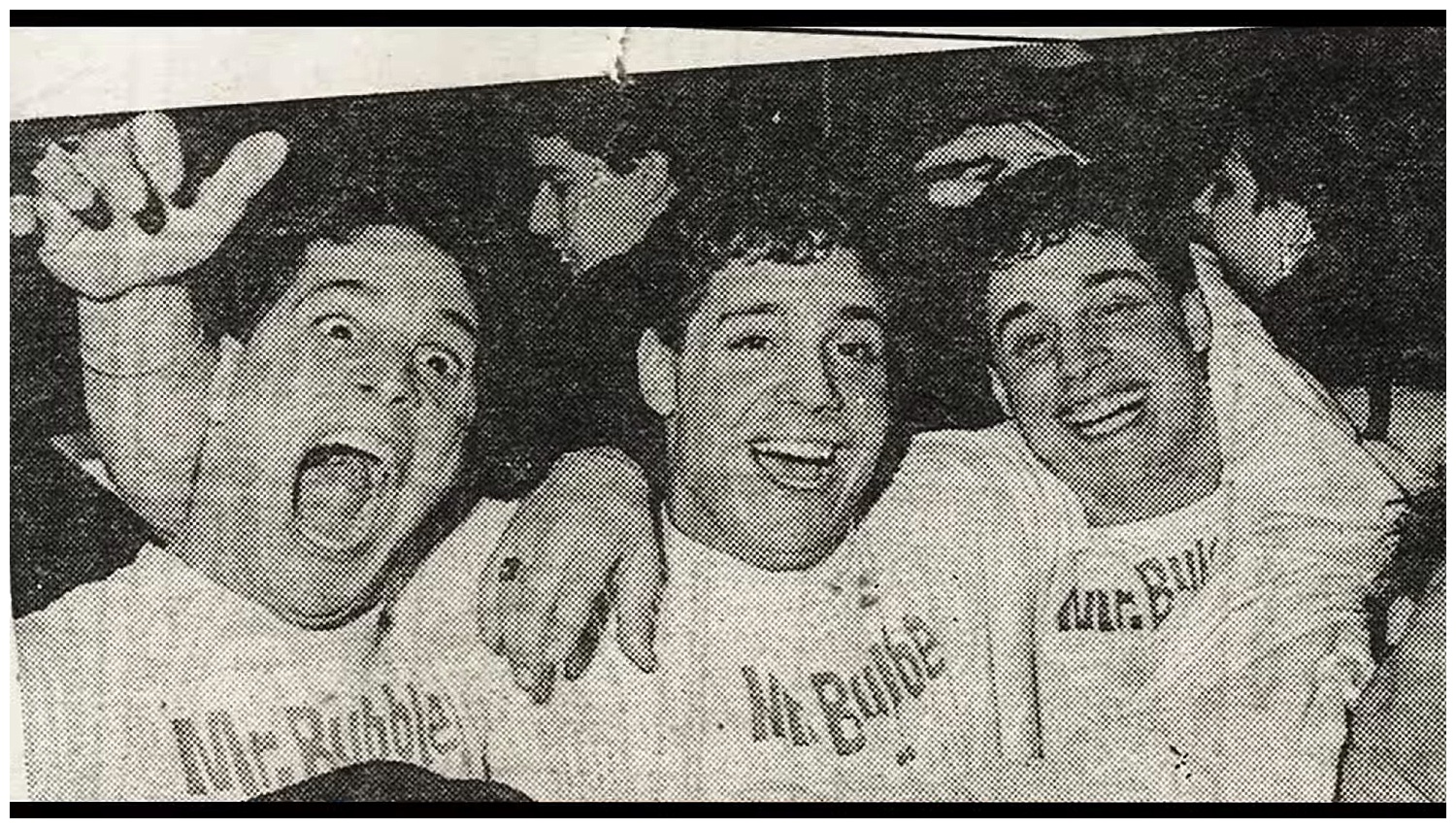 Their adoption agency had wanted to research to see the effects of ‘nurture versus nature’, the debate over whether human behavior is most influenced by our genetics or our environment. So one triplet was placed in a lower income home, one was placed with a middle-class family and the third was adopted by an upper-class family. None of the adoptive families were ever asked if they would be willing to take more than one child.

A documentary exploring the stranger-than-fiction true story of the triplets’ lives is in theatres now called “Identical Strangers.” “Seeing it in the theater really got me, I cried like a baby.” shared Richard. The film has had a silver lining though, it has brought to light an injustice, and it has brought the surviving brothers together and made them closer.

YOU MAY LIKE: Mom Is Delivering Triplets When Doc Spots Something The Hospital's Never Seen