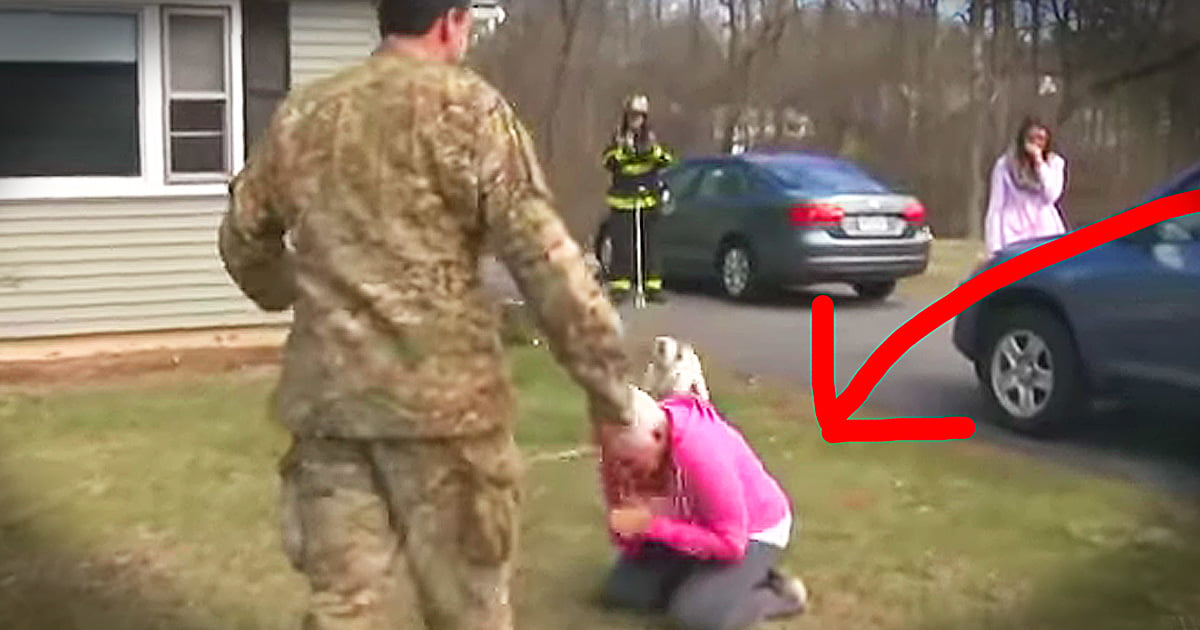 Bryan Thouvenel spent two years in a search he says felt a lot like looking for a needle in a haystack. But no matter how stacked the odds were against him, Bryan wasn’t ever going to give up. And that’s because he was looking for his little girl, Harmony. And we’re happy to report that this dad reunited with his daughter after two long, painful years of separation. 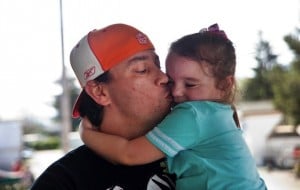 Bryan, who lives in Oregon, was in a relationship with Harmony’s mother when Harmony was born. But a few years later, the relationship went south and the couple broke up. That’s when Bryan’s ex-girlfriend took off with their daughter.

The disappearance of his daughter absolutely shattered Bryan. He spent time in the hospital for a heart attack and nervous breakdown that he says was brought on from the stress of the situation. His entire world crumbled, and depression consumed him. He says,

“I couldn't go to work because doctors wouldn't release me. I didn't have a place to live because I wasn't making money. I wasn't eating because I either couldn't afford to or I was so ill that I couldn't keep anything down. I was truly in the worst health of my life, and in every sense of the word, I was dead.”

Bryan did everything he could to find his daughter. He knew his ex had headed for Washington state, but he had no idea of the exact whereabouts. But he vowed to find out, and started the search that would span two years.

Though it was a seemingly impossible search, God had a purpose and a plan! And there’s no doubt God orchestrated the incredible circumstances that had this daughter and dad reunited! 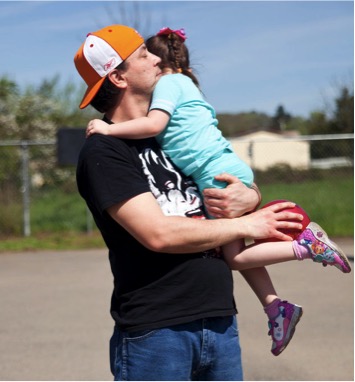 Bryan was having dinner with his mom, Cindy, when he received a call from a friend who’d spotted Harmony and her mother at a Salvation Army site in Spokane, Washington. Bryan and his mom immediately jumped in the car and made the 10 drive from Oregon to Spokane, where they got a court order for custody of Harmony.

RELATED: A son reconnects with his father who’s been missing for 7 years

Harmony and her mother were brought to the courthouse, where a judge ruled in favor of Bryan’s custody. After the ruling, Bryan was told to wait outside of the courtroom. Anxiously he waited on a bench where he told himself to be strong and not cry.

The doors opened, and the now-5-year-old Harmony nervously walked out.

"I said, ‘Harmony, its daddy.' Her eyes just kind of lit up," Bryan recalls.

He used pictures on his cell phone to help refresh the girl’s memory. Then, she jumped onto his lap, saying “I love you, Daddy.” Bryan buried his head on his little girl’s shoulder and fought back tears. 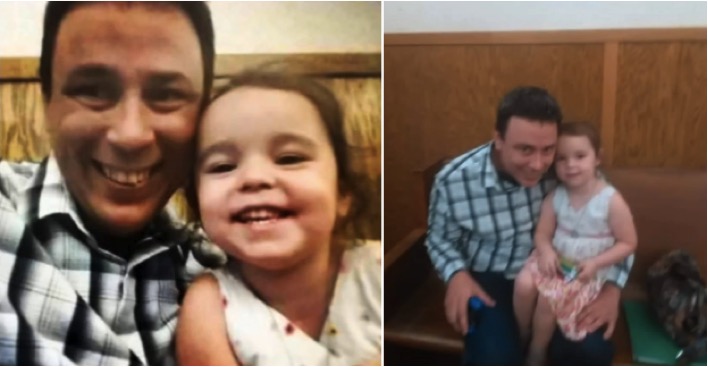 It’s a testament to God’s power of renewal. After Harmony was ripped from his life, Bryan fell apart. But two years later, by God’s grace, she was back in his arms and Bryan was fully restored!

“I thank God every day that he kept me alive, because I really was almost dead,” he said. 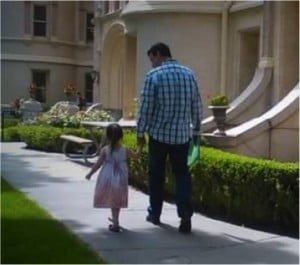 It took a while for Harmony to get used to the idea that her daddy wasn’t going anywhere. In fact, for a while she would even wait outside the door when Bryan would go to the bathroom. But now she’s secure in the fact that her she and her dad reunited for good. 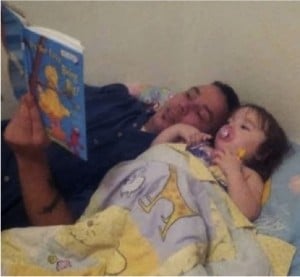 Bryan has full custody of Harmony, though she still talks to her mom once a week via Skype. Her mom has also been approved for supervised visits. Bryan is keeping a compassionate outlook, saying,

“I’m just really hoping mom and I can connect and put our differences aside for our daughter. That’s what’s most important. I don’t want to focus on any of the negative aspects of the story at all it’s not fair the one thing that matters in this whole story is the little girl this is her life.”

During his ordeal, Bryan became connected with a non-profit called Time To Put Kids First. It’s an organization that understands the importance of restoring the bond between a dad reunited with his daughter. And that’s why they are sending Bryan and Harmony to Hawaii on what they call a Reunification Retreat.

“For two years she didn’t have any memories with me so they decided it would be a nice idea to send us over to Hawaii for a retreat,” Bryan explained. “It would be this huge memory that she would actually remember. Regardless of whatever happens in the future, she will always have this one memory with dad.” 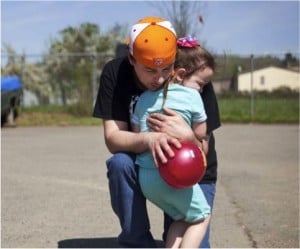 After all Bryan and Harmony have been through, time together is a blessing that means the world to the pair. It’s a precious reward for the dad who never stopped searching, and never gave up hope that he’d see his daughter again!

“And after you have suffered a little while, the God of all grace, who has called you to his eternal glory in Christ, will himself restore, confirm, strengthen, and establish you.” 1 Peter 5:10

See the amazing way this single dad is helping other dads connect with their daughters! 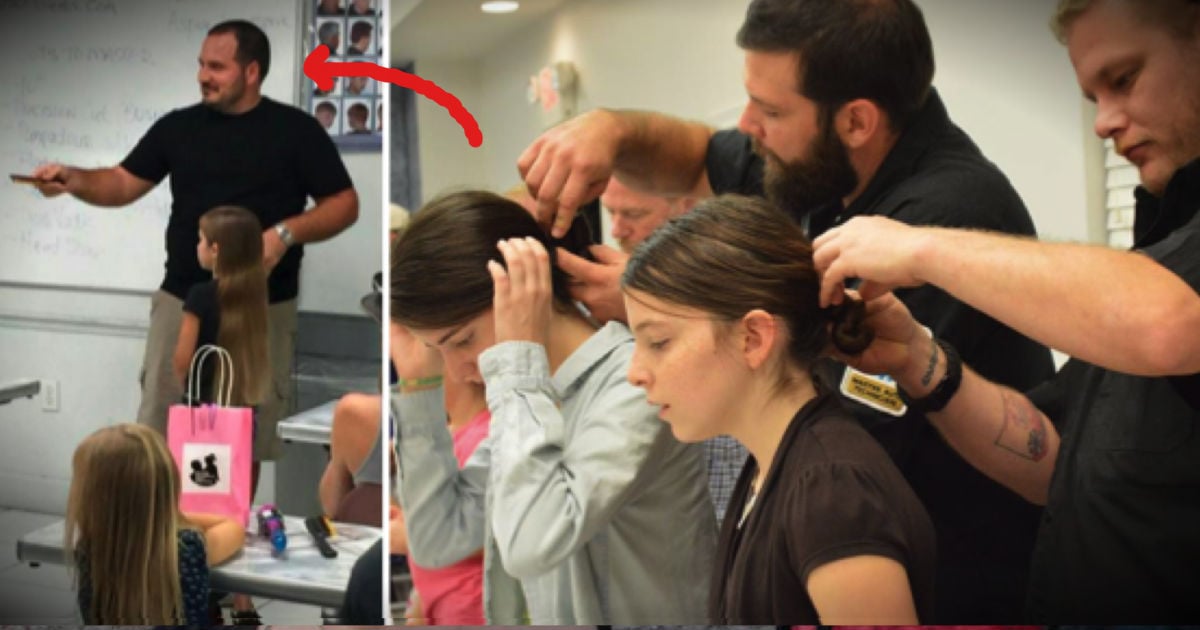