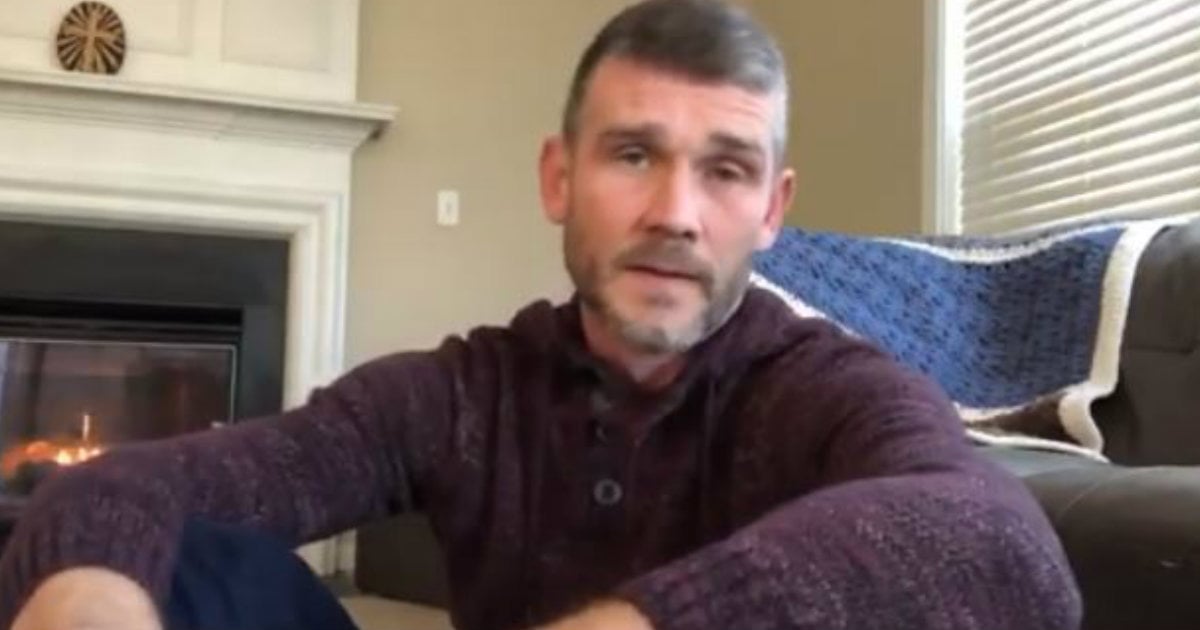 Pastor Comforts Those Struggling During The Holidays
Read Article »

Bailey Sellers said goodbye to her dad when she was just 16 years old. Yet, even after pancreatic cancer took him away, Bailey received flowers and a birthday card from her late father every year. Then, on her 21st birthday, her dad’s moving note indicated it would be the last to arrive.

Michael Sellers was just 56 when doctors diagnosed him with stage four pancreatic cancer. At the time, Bailey, his youngest daughter, was a sophomore in high school. She began staying home to help care for and spend time with her dying dad.

“I became home-schooled so that I could help my mom out … because he couldn’t work anymore,” she said.

Michael died just six months after his diagnosis. But before leaving for Heaven, he made special arrangements for his youngest daughter, Bailey. He prepaid so that each year, on her birthday, Bailey would receive flowers and a birthday card from her late father, up until she turned 21.

Saying goodbye is never easy. And just three months after Bailey said goodbye to her dad, a card and flowers arrived for her birthday — just like Michael had promised. The card read,

The sweet tradition continued, and each year, Bailey received flowers and a birthday card from her late father. And when her 21st birthday turned up, Bailey knew this would be the last time. 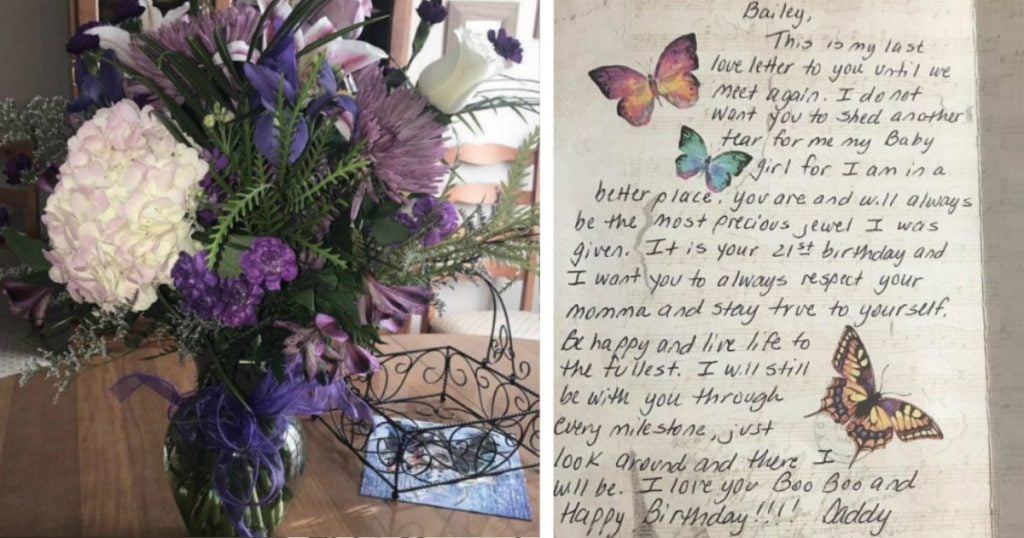 A beautiful purple bouquet arrived with her dad’s final letter, which read:

This is my last love letter to you until we meet again. I do not want you to shed another tear for me, my baby girl for I am in a better place. You are and will always be the most precious jewel I was given. It is your 21st birthday and I want you to always respect your momma and stay true to yourself. Be happy and live life to the fullest. I will still be with you through every milestone, just look around and there I will be. I love you Boo Boo and happy birthday!!!!

Touched by her dad’s final gift, Bailey shared a picture of the flowers and card on social media, which quickly went viral!

Michael’s thoughtful act came as no surprise to his wife of 18 years, Kristy Sellers. He’d confided in her after making the necessary arrangements.

“We were sitting on the couch — and it was about a month before he passed away — and he said he had already done it. That this was what his plans were,” Kristy recalled. “He said, ‘I’m going to do it until her 21st birthday. And if she’s married, ask her significant other to send her flowers in remembrance of me.'”

And while Michael’s act for his baby girl is getting all the attention, the father of four had a special gift for each child, who range from 21 to 33 years old. Each received an embroidered handkerchief from their father, which he prayed over before his death.

And while Bailey won’t receive a birthday card from her late father any longer on her birthdays, she’ll forever treasure the letters she has.

“He was my best friend. I looked up to him so much,” she said. “He was just an overall great person.”

YOU MAY ALSO LIKE: Grieving Mom Finds Comfort In Late Teen's Letters

YOU MAY ALSO LIKE: Bradley Cooper's Faith and His Late Father, Charles Cooper