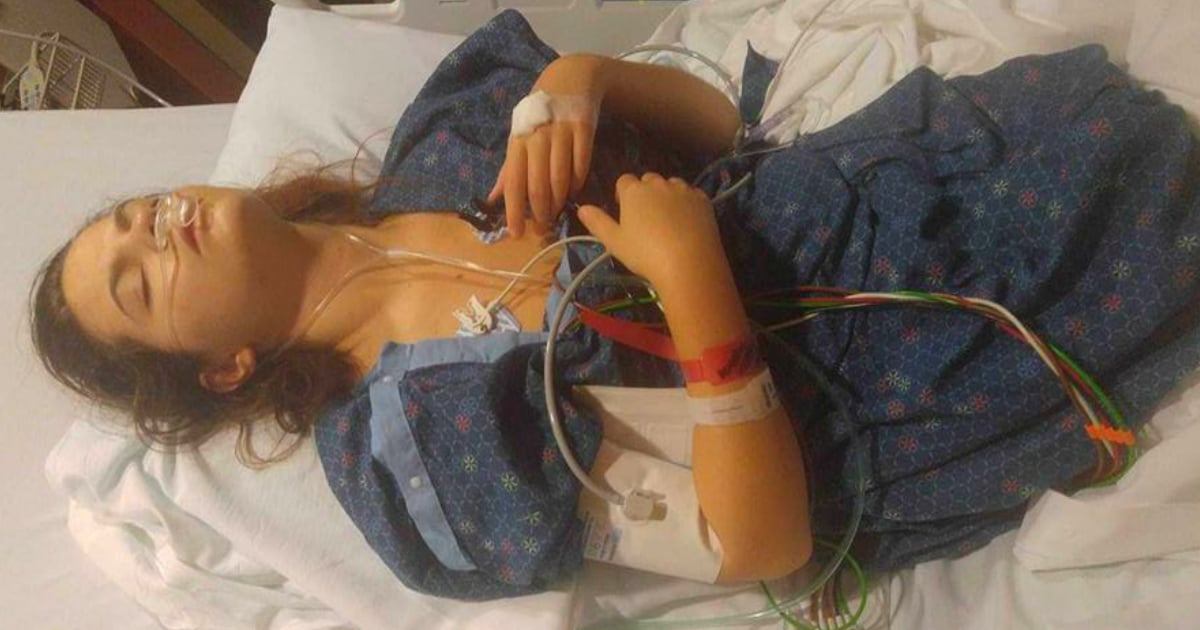 When Hannah’s Mom, Peggy, was diagnosed with aggressive Stage 4 cancer, chemotherapy and a risky surgery were the only options. Knowing it could end badly, Peggy pinned letters to her loved ones. She left an encouraging letter specifically for Hannah.

Her youngest daughter, Hannah decided to share the encouraging letter that her Mom left behind. She believed that sharing would not only help her heal but could be significant for someone else in a similar situation.

She began her social media post with an admonition.

“…Please hug your parents a little closer and never take them for granted because you never know when you could lose them.” Hannah started her post.

before my mom passed she wrote us all letters. this is mine. please hug your parents a little closer and never take them for granted because you never know when you could lose them. I love you momma. 💗 pic.twitter.com/e2TZtg92bK

Hannah’s mom, Peggy learned she was battling a rare Stage 4 cancer (Sarcomatoid Renal Cell Carcinoma) in July 2016. Doctors hoped with chemotherapy and surgeries they would be able to slow the progression of the disease. It took four different chemotherapies before they found one that worked for Peggy’s disease. When doctors were able to schedule the surgery, it was already a year later.

At the doctor’s appointments directly before surgery, Peggy was prepared how risky the surgery would be. That’s when she decided that she needed to write her family, just in case. Peggy knew there were so many things she needed to say to her children and husband. She realized that if the surgery didn’t work her children would need to have Mom’s encouraging words to fall back on. Mom always knows. 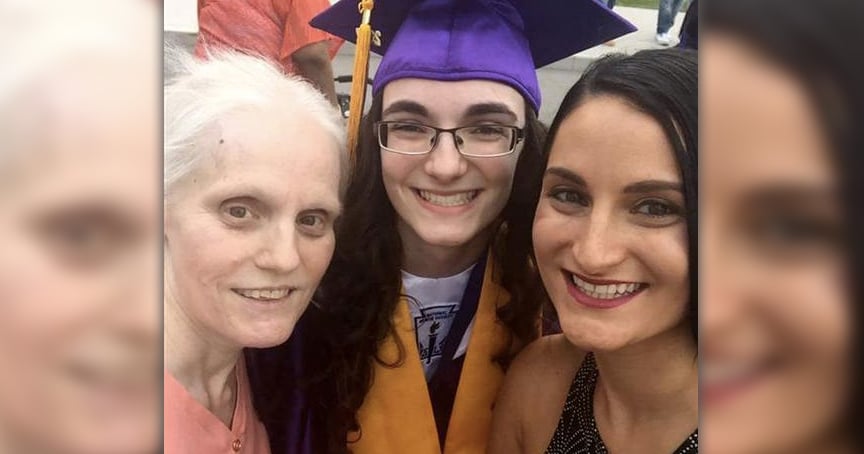 Peggy did make it through the surgery. However, her body was unable to recover completely and she passed away 4 months later. The letters were read by her family the night that she passed away.

“Her words helped me realize that no matter how hard this whole situation is going to be, she will always be with me.” Hannah shared.

The family remembers how Peggy kept her strength and encouraging thoughts throughout her tough ordeal. They are proud of how she was able to see the good in situations and fight not just physically but mentally.

‘There are people who have it much worse than me.’ Peggy would say.

“Hannah, if you are reading this then the surgery did not go well. I’m sorry, I tried my best to beat this terrible disease but I guess God had other things for me to do.” 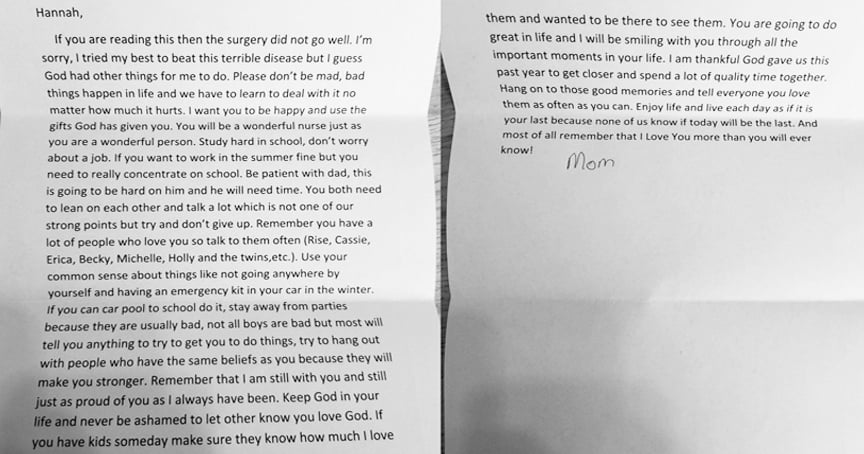 There is no doubt that faith played a large factor in Peggy’s life outlook. It was faith that gave her peace through the scariest of situations. She believed fully that God had a plan for her life and has one for her children as well.

Her selfless perspective served her so well as a Special Education teacher’s aide at the local high school. Peggy used her love of service and touched so many lives while she was here. Hannah and her siblings knew they had something special.

“She loved us kids more than words can describe! She was seriously, my best friend! I feel so lucky to have been given this last year to get even closer to her and to really appreciate having her around.”

Thousands of people responded to Hannah’s post which went viral. She didn’t expect so many people to resonate with her story, but she’s glad that they did.

YOU MAY ALSO LIKE: Trucker Gets Dying Wish To Take Final Ride In 62-Year-Old Studebaker 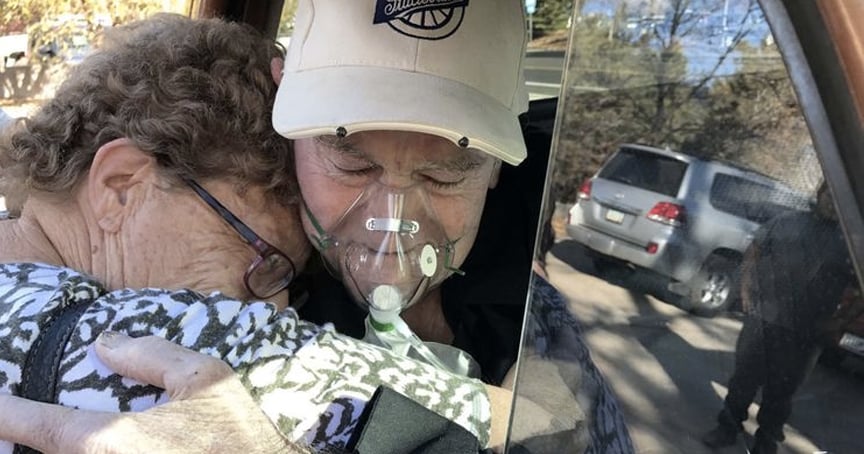