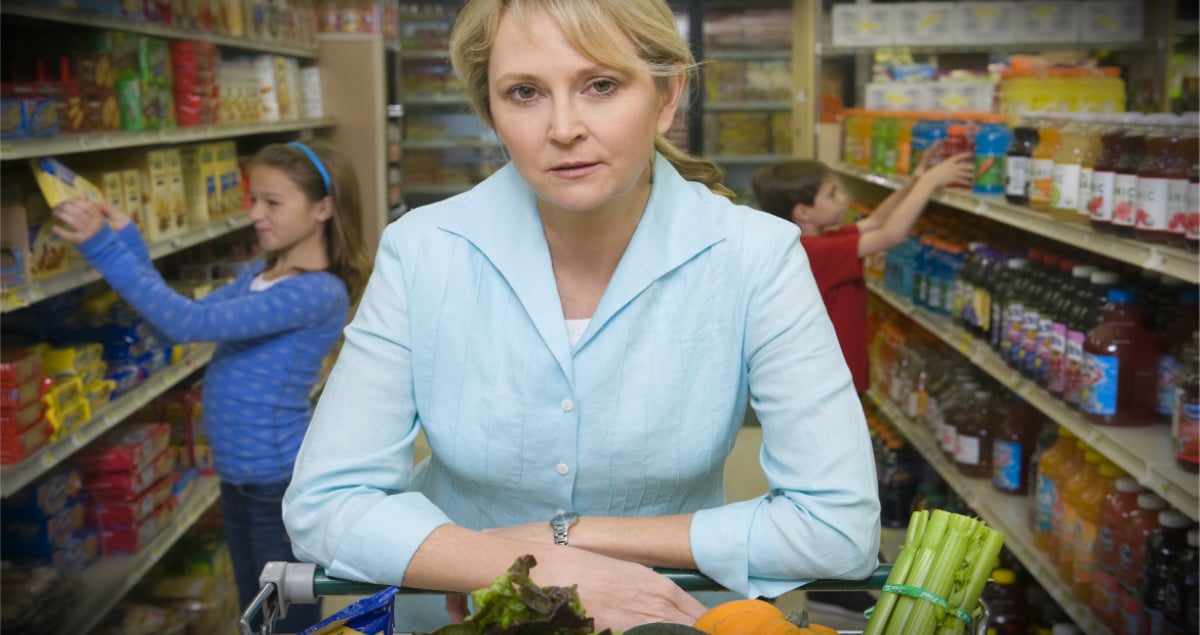 Kelly Markland is a substitute teacher, a mom and a beautiful lady. Like most women, she’s spent her whole life fretting over her weight. But by 36, she thought maybe, just maybe, she’d outgrown the bullying. Then the plus-sized mom received hate mail from an anonymous sender cruelly mocking her weight. But friends, family and strangers alike have rallied together to let Kelly know she’s beautiful just the way she is! 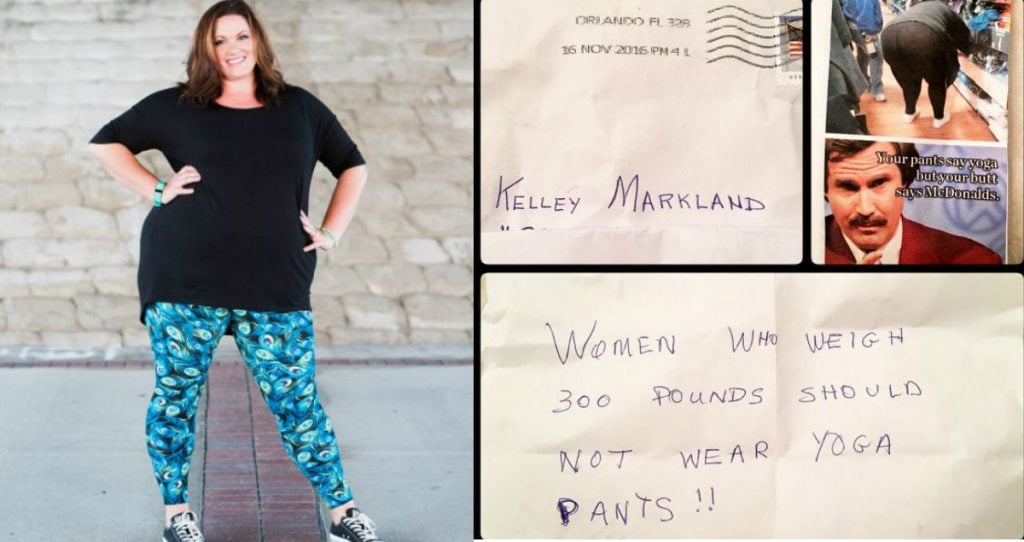 Poor Kelly had to deal with nasty bullies enough while growing up. In fact, she can’t remember a time she wasn’t bullied. Names like “Kelley Jelly Belly" followed her as a kid. And sadly, the mean-spirited teasing continued beyond school.

"As an adult I have been mooed at while exercising or out walking," Kelly said.

Kelly had just returned home after spending a great time celebrating her daughter’s birthday. But that changed when she stopped to check the mailbox. All the joy the celebration brought quickly melted away when the plus-sized mom received hate mail mercilessly mocking her weight.

The handwritten letter read, “Women who weigh 300 pounds should not wear yoga pants!" The cruel sender had also included an Anchorman meme inside the envelope that said "Your pants say yoga but your butt says McDonalds."

RELATED: Woman’s awesome response for the man who called her ‘fat’ while she was jogging

Kelly spent the next hour sobbing in the bathroom. Next, she turned to Facebook, challenging the anonymous sender to have the courage to own up to the letter.

“I have never pretended to be pretty or look good in clothing, I have never tried to be flashy or show off,” she wrote. “Wearing my ‘fun’ leggings gave me a tad bit of confidence in not looking sloppy all the time. I’m sorry that some of you may not like it, but I’m not dressing for you. All the hate in this world, and you have to pick on me for this?!”

A Wave Of Compassion

The amount of time one person put into being so cruel is apalling. But as news spread of the hateful attack on such a wonderful woman, people stood up to support Kelly.

Several teachers at Kelly’s kids’ schools wore leggings as a sign of solidarity. A local photographer, Love and Limes Photography, partnered with a friend who sells LulaRoe leggings. Together, they gave Kelly a photoshoot dedicated to showing just how lovely she is. And women from all over began posting body-positive stories and photos of themselves in bright, colorful leggings with the hashtag #LeggingsWin.

All of the support has helped Kelly move past the hurt one person so wrecklessly inflicted.

"The letter killed me inside and I still get upset by it," she said, "but at the same time I have gained immense strength." 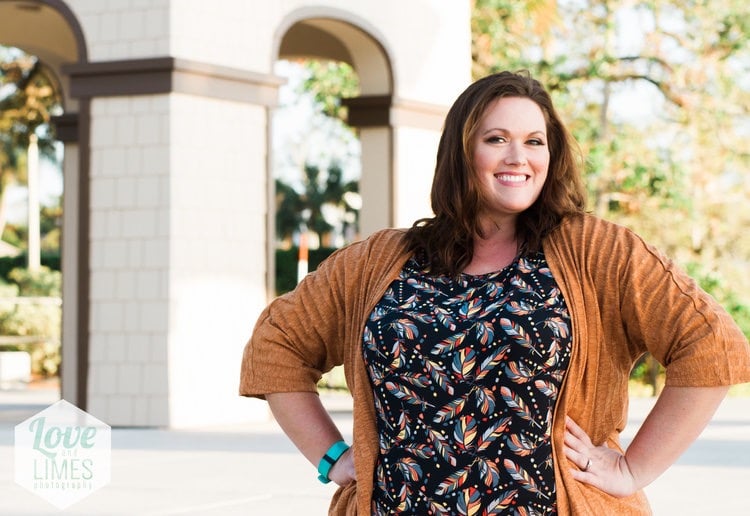 And more importantly, Kelly and her husband, Dustin, are using the situation as a valuable lesson for their children.

"[Bullying] is one thing I talk to my children about a lot," she explained. "[I tell them that] you never ever speak that way to people, because you don't know what they're going through. They got a first-hand account of seeing how I felt. It's one thing to talk about bullying, but when you see the after-effects of it actually happening, that's a real-life image and a real-life picture for them to see."

RELATED: Mom has a powerful response when online bullies call her baby ‘fat’

The important thing to remember is God doesn’t see weight or height or anything on the outside. He sees what’s on the inside!

YOU MAY ALSO LIKE: Girl Born Without A Face Surprised Doctors And Defied Internet Trolls 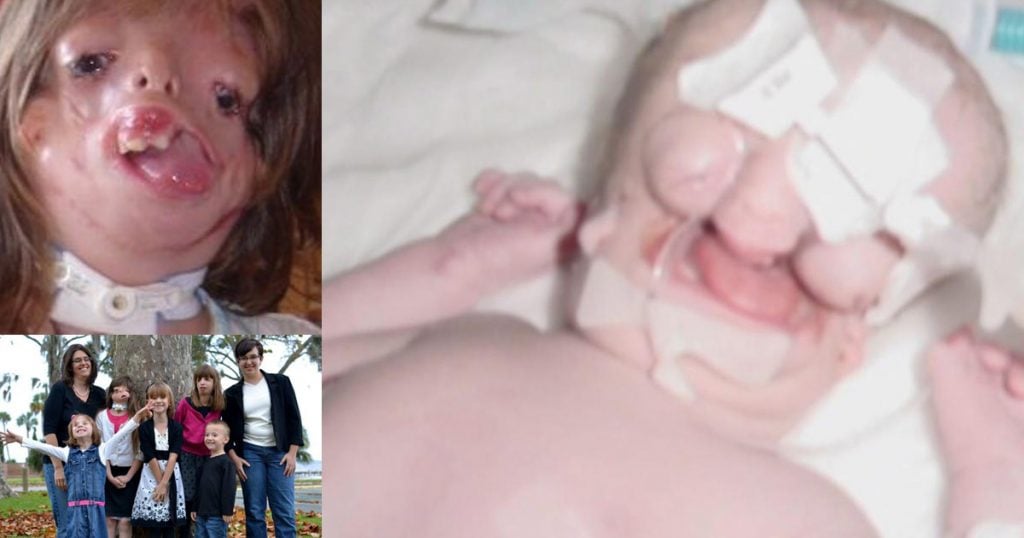