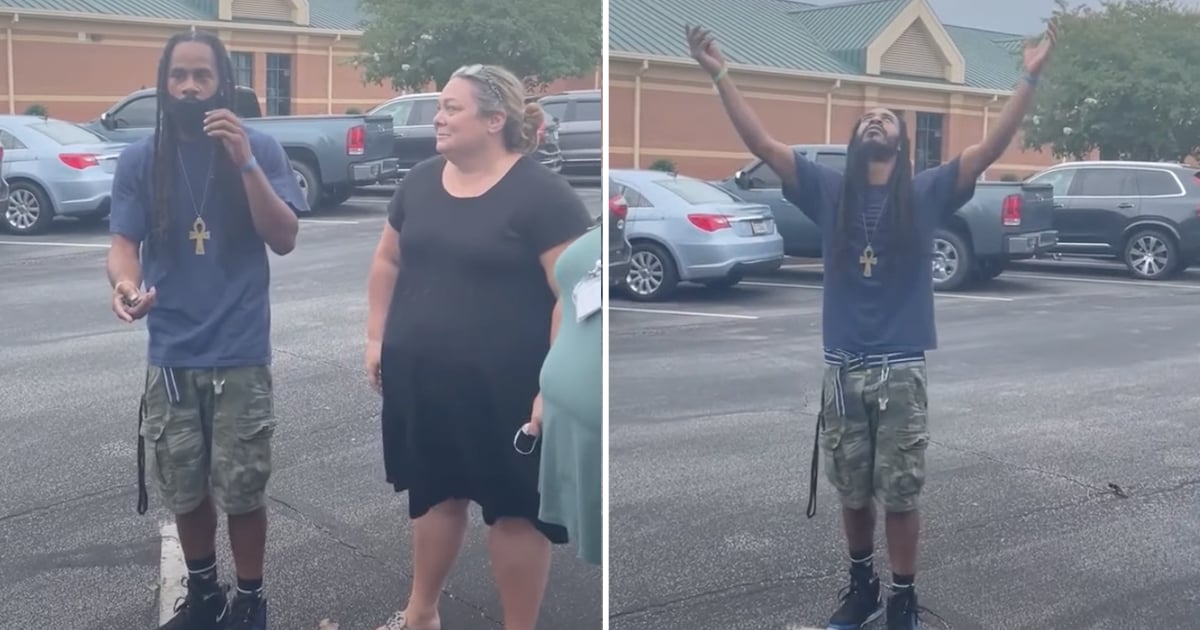 Stephen Wampler, a dad with cerebral palsy, received an incredible blessing from his son. And his reaction to his son’s thoughtful message ended up going viral. Be sure you’ve got tissues on hand for this one!

Stephen Wampler is the dad in this video, and he has cerebral palsy. This disease is a group of disorders that affect a person’s ability to move and maintain balance and posture.

RELATED: Boy with Cerebral Palsy Crawls His Way to His Sleeping Parents to Save Them Just in Time

Cerebral means having to do with the brain, and palsy means weakness or problems with using the muscles. Symptoms of cerebral palsy include poor coordination, stiff muscles, weak muscles, and tremors, and there may be problems with sensation, vision, hearing, swallowing, and speaking.

In this video, Stephen's son made a TikTok video for him after he said, "I'm sorry that I can't throw a baseball with you like other dads."

The son wanted his dad with cerebral palsy to know just how special he was to him. So, he made this sweet video that shows pictures of the father and son throughout the years. And the song playing with the pictures is by Sleeping At Last called ‘You Are Enough.'

RELATED: Dad Breaks Down After Hearing Son Paid Off His Mortgage And Then Dad Returns The Blessing

The son filmed his dad's reaction. And as Stephen is watching the short video, he starts to get emotional as he sees what his son made for him.

What a tender moment between this father and son. And what a special way for this son to show his dad with cerebral palsy just how much he means to him!

The love between a father and son is strong and unconditional. Just like the love that our Heavenly Father has for us!

YOU MAY ALSO LIKE: Dad Breaks Down Crying As He Drops Son Off At College And It's Got Everyone Tearing Up

1 John 3:1
See what great love the Father has lavished on us, that we should be called children of God! And that is what we are!

WATCH: Dad With Cerebral Palsy In Tears After Son’s Video

#greenscreenvideo The reactions may or may not be my favorite part:) #fyp #fypシ #disability #happy