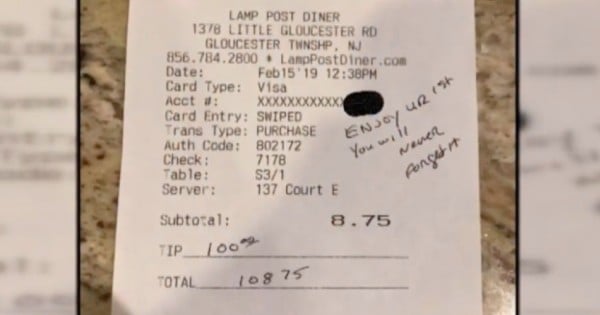 A son paid off mortgage for his dad, and after the dad broke down in tears he returned the favor.

For many homeowners around the world. A mortgage is a financial obligation that can feel like the last step to achieving financial security and freedom.

RELATED: Police Officer Leaves A Pregnant Waitress A Note And $100 Tip And Her Dad Responds

For many, paying off a mortgage can even mark the beginning of retirement, and the beginning of a new chapter of their life. A video was posted to the video-sharing platform, TikTok, by a young man from the United Kingdom, in which the young man surprises his father by paying off the remainder of his mortgage, causing an emotional reaction from his father so great that dad couldn’t help but return the favor.

Jamie Nyland, a native resident of Gloucestershire, England, decided to do his dad a life-changing favor recently by paying off the remainder of the mortgage on his dad’s home. The video starts with Jamie showing off the keys to the house, which he uses to symbolize the new ownership of the English home.

Son Paid Off Mortgage For Dad, Then Dad Returns The Blessing

In the next shot, we see Jamie toss the same keys to his curious and unsuspecting father before informing him he had just paid off his mortgage. Jamie’s dad is initially in disbelief upon hearing this news, but once the reality of the situation sets in the two men can’t help but get emotional together.

"Why’d ya do it?" Jamie’s dad asked him while holding back tears, "Because I love you." Jamie replied. Then, as if seeing the gratitude and emotion from his father wasn't enough, Jamie's father decided to return his son's favor by leaving him the house in his will. "What’s mine is yours," Jamie’s father added, "You’re the best son in the world that you can have."

YOU MAY ALSO LIKE: Community Rallies Around Grieving 9-Year-Old Girl As She Holds Bake Sale To Fund Father's Funeral

“The father of a righteous child has great joy; a man who fathers a wise son rejoices in him.” Proverbs 23:24

WATCH: Dad Breaks Down After Hearing Son Paid Off His Mortgage And Then Dad Returns The Blessing Video

He deserves this.. ❤️