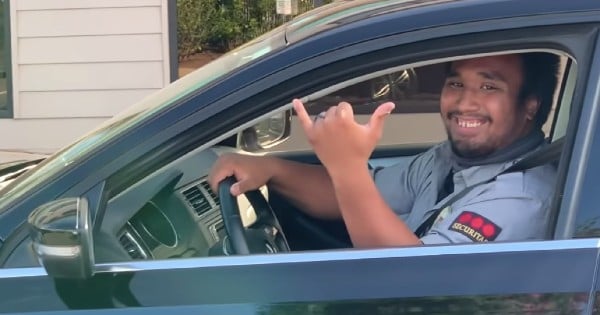 After a tragic accident, a 9-year-old girl has a bake sale in order to help raise funds for her father's funeral.

35-year-old Jason Barton was a father of three and was killed in a car crash on the night of January 3. He did not have life insurance or much savings. So, his family was left to fundraise in order to have a memorial service for him.

RELATED: 9-Year-Old Saves Sister After Pregnant Mom Gets Out Of Car At Gas Station And A Man Gets In

His 9-year-old daughter, Kaylei, had the idea to have a bake sale at her local Dairy Queen. Kaylei made red velvet cake and other treats to sell. And a line of cars formed in order to buy her baked goods. One couple even donated $1,000 to her!

When asked how Kaylei felt about the community's response to her bake sale, she said "Just grateful. I cried yesterday because of all the people who actually cared.”

A GoFundMe page was also set up for the grieving family. “Death of our parents is not something we think about when we are kids and it is just heart breaking knowing these kids will be without their father,” a family relative wrote on the page. “This pandemic has taken a huge toll on all of them and then this happens. Jason was such a loving father and husband.”

The GoFundMe page has raised more than $35,000 for the family, and Whitney, Jason's wife, shared her gratitude for those who have helped them during this difficult time.

“I just want to tell you guys how blessed and how thankful and grateful I am for all of these donations. Because never in 1 million years would I ever thought people would care this much over someone who they have not ever even met,” she wrote on the GoFundMe page. “We are all so heartbroken and so very lost. But your donations and your prayers are what’s going to help us get through this terrible situation and we will live on in his memory thanks to all of you.”

Our prayers are with this family as they grieve the loss of Jason. And may they all feel the love of God surround them during this time.

LISTEN: Mom Pens Hardest Post She'll Ever Write to Warn Others After 9-Year-Old Son's Tragic Death & Teen Working at Kroger Hears Senior Citizen Told to Put Groceries Back So He Pulls Out His Wallet