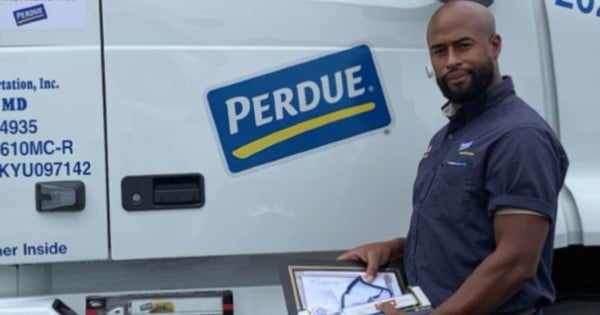 Ethan Walker, a 9-year-old saves his sister at the gas station when a man tries to take off with the car with them inside.

The unthinkable happened when Kristen Walker stopped to get gas.

The pregnant mom got out at the gas station to refuel her car. Inside the vehicle were her children — 9-year-old Ethan and his 5-year-old sister, Audrey.

As Kristen pumped the gas, a man suddenly jumped into the driver’s seat of her car. And 9-year-old Ethan wasted no time in saving his sister!

As soon as the man hopped into the front seat, Kristen Walker tried to stop him. She leaped into the car and tried to get the keys away from him. But then, the man pulled out a gun.

That’s when Ethan Walker realized he and 5-year-old his sister, Audrey, were in danger. And what he did next is what the Moody Police Department says “can only be described as an incredible act of bravery.”

“When he got in, I didn't really notice,” Ethan explained. “But once my mom jumped in, that's when I started to notice he was trying to take the car. So, I jumped out and went around and got Audrey out.”

In a matter of seconds, the 9-year-old saves his sister by getting her out of the vehicle. Right after the children exited the car, the armed man drove away. But a tearful Kristen Walker was able to hold her children tight as the robbers got away, all because of the protection God provided through little Ethan.

Happy Ending Thanks To Heroic Brother

Police later arrested two suspects for the robbery. Both of the accused face multiple felony charges. But thanks to the courageous act of the 9-year-old brother who saved his sister, this story has a happy ending.

The little boy’s bravery awed both the police and his family.

"That calmness, at least a little bit, to be able to get over there and unbuckle the car seat without fumbling or freaking out to where he couldn't get it done – he kept his composure and did a fantastic job," gushed the boy’s proud father, Brian Walker.

The police are planning on honoring Ethan for his heroic deed. And if this sweet brother and sister didn’t already share a special bond, they certainly do now.

YOU MAY ALSO LIKE: Big Brother Sings ‘Count On Me' To His Baby Sister And It's The Most Precious Thing Ever

What a brave little boy and a wonderful big brother!

“Be kind to one another with a brother’s love, putting others before yourselves in honor” Romans 12:10