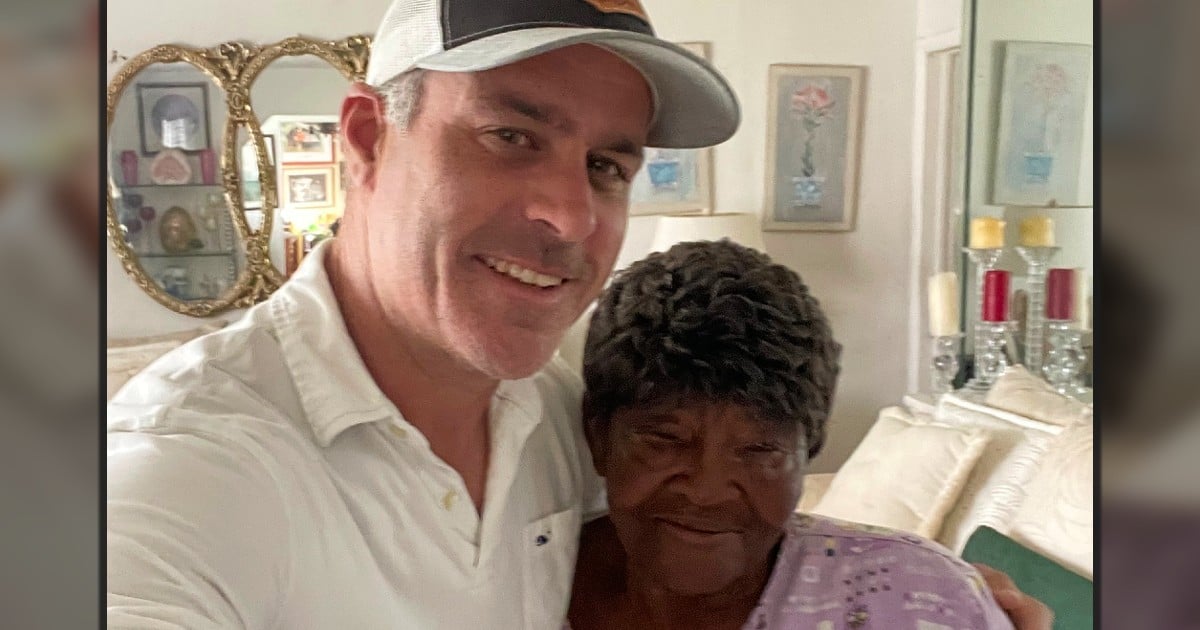 Life changed dramatically when father-of-7 Dakota Nelson lost his wife suddenly. But the widower’s story of loss turned into an inspirational Christmas story of hope when a stranger showed up with a huge surprise.

In 2018, life was hectic, but happy, for Dakota Nelson. He and his wife, Ream Nelson, had seven children ranging in age from 1 to 16 and things were good.

But in July of that year, everything changed. Dakota left the garage to go put some tools away. And when he came back, he found his 38-year- wife’s lifeless body on the ground. For reasons we’ll never know, 38-year-old Ream’s heart just stopped beating and she collapsed on the floor.

The sudden tragedy left Dakota Nelson a widower and single father of 7. But there is always some kind of light in the darkness and the kindness of others helped cut through this dark time.

Prayers poured in for the grieving father and his kids. Friends and family raised money through a Dakota Nelson GoFundMe page. And a Secret Santa even surprised the father of 7 one day with a completely unexpected act of kindness.

On a day in December that started like any other, a stranger walked up to Dakota Nelson and his kids in a parking lot.

The stranger was Nate Eaton, a news anchor for East Idaho News. And he was there to present the Nelson family with gifts from a Secret Santa.

Dakota watched in shock as his kids opened a gift box containing a $1,000 gift card for groceries and another $1,000 Walmart gift card. But that wasn’t all.

Nate handed Dakota a check for $8,000 and the stunned father of 7 broke down in tears. Dakota’s gratitude was already evident through his flood of emotions. But he followed up again later with a heartfelt thank you note, saying:

“I have noticed that through this ordeal, we have been blessed to see kindness replace the pain of losing a loved one whom I had been married to for 17 years. My children have noted this and have stated that they want to do the same for others. Thank you again for making this Christmas special.”

A few years after the Secret Santa surprise, Dakota Nelson and his family have had more time to heal. And the father of 7 says they are doing well and it’s all because of the love and support they received.

“It’s thanks to everyone who helped out,” Dakota explained. “All the prayers and donations and everything else. It really made a transition into a different lifestyle a lot easier.”

While their hearts will always ache for Ream, the kindness showed by others is what helped carry the family through the darkest days of their grief.

“The amount of help and love and support we got really made a difference. Especially that first year,” Dakota said.

Through the love and support of others, Dakota and his children have felt the love of their Heavenly Father. And though the tragedy they’ve endured has been unbelievable, their reliance on Him has only deepened. And Dakota gives all the glory to God for the healing in their hearts.

“Honestly, it’s our Father in Heaven working in each one of our lives,” the father of 7 says. “I’ve realized that I’m nothing without Him.”

YOU MAY ALSO LIKE: Wife Dies Hours After Giving Birth And Husband's Gut Tells Him To Check Her Blog

It can be hard to find the light in the darkness, but it is there. And Dakota Nelson’s story of tragedy turned inspirational Christmas story of hope is a perfect example!