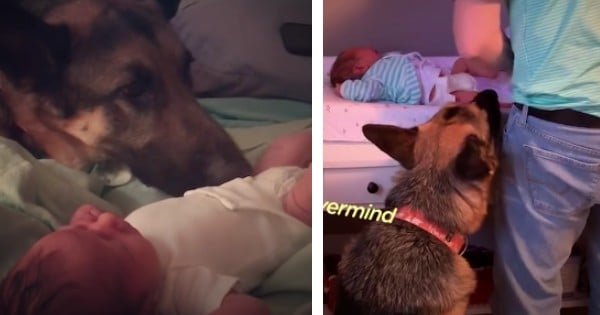 One dog was rescued from the ocean after boaters saw him swimming in the water far out at sea.

The dramatic rescue was filmed and posted to TikTok where it has already been viewed over 9.6 million times. It shows a fully-clothed man swimming with a little dog in tow and then him placing the dog safely on the deck of a boat.

The dog shakes off the water from his fur. And he looks exhausted from all the swimming that he just had to do. Thank goodness that group of boaters spotted him in the water and rescued him!

The rescuers found a phone number on the dog's collar. They called the owners to let them know that they had their dog. They found out the dog was called Zuko, and the owners were so ecstatic and thankful to hear that he was safe and sound!

Zuko's owner explained that he was still a puppy and new to being on a boat. “He was hopping around the back of the boat biting at the waves that were passing by, and I guess in one of these moments he must’ve jumped a little too high and jumped overboard,” his owner said. “Once we noticed he was missing we all searched the boat thinking he was hiding in one of the rooms with his bone. We kept going up and down where we had traveled trying to retrace our path and we had no luck...after 7 mental breakdowns you guys called us and it was a miracle.”

If it wasn't for those boaters who spotted Zuko, he would not have survived. Now, Zuko's owners got him his own high-visibility life jacket for him to wear whenever he is on a boating trip.

YOU MAY ALSO LIKE: 97-Year-Old Texas Grandma Refused to Miss Last Grandkid's Wedding and Beat Cancer to Attend

What a heartwarming story of people coming to the rescue for this sweet little dog!

WATCH: Boaters Rescue Dog in the Middle of the Ocean