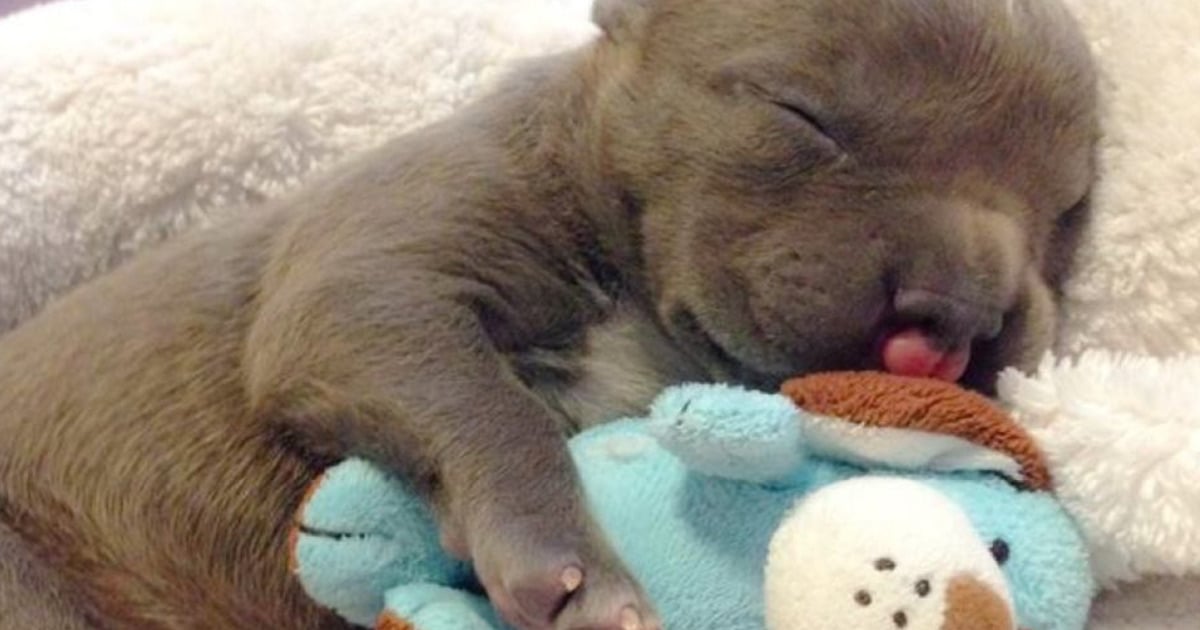 Doctors Thought That This Pit Bull With A Cleft Palate Should Die. But Look at Her Now!
Read Article »

If no one had found Alex the dog, he would have died. He was wandering around the streets of New Orleans, scavenging for food, starving and terribly neglected. Thankfully, the pooch was noticed and was soon taken in by Animal Control.

Deanna Theis, the assistant director of Southern Animal Foundation, came to Alex’s rescue when she saw him on the Animal Control’s Facebook page. But Deanna knew that they would eventually euthanize Alex if no one stepped up to help him.

“Seeing the picture was one thing, seeing him in person was very emotional. When I picked him up I couldn’t help but tear up, and feel very sad for him,” Deanna said. “I hugged him and kissed him on the head and told him he will be OK now.”

Once Deanna got Alex into her care, she realized that “He was extremely close to death,” but she expects Alex to make a full recovery.

So with the hope that Alex would make it, Deanna and her team took him in and began their efforts to bring him back to his former glory. “He was hesitant coming out of his transport crate, but when out, immediately licked my hand and began wagging his tail,” Deanna said.

The team did an X-ray on Alex and they found that his stomach was filled with rocks and twigs. He was trying to survive on anything that he could. Now Alex is doing much better even despite a few setbacks. He experienced bloating and the flipping of his stomach when he was reintroduced to nutrients. Alex had emergency surgery and now with a strict diet, he is getting better day by day.

Deanna is thankful for Alex’s supporters; she credits his improving help to so many people rooting for him.

“The responses to Alex have been overwhelming. Alex’s story has been shared more than I ever imagined it would be, and people are sending in donations to help with his medical care,” Deanna said. “He certainly has a following now, and just the positive words of support and encouragement are heartwarming.”