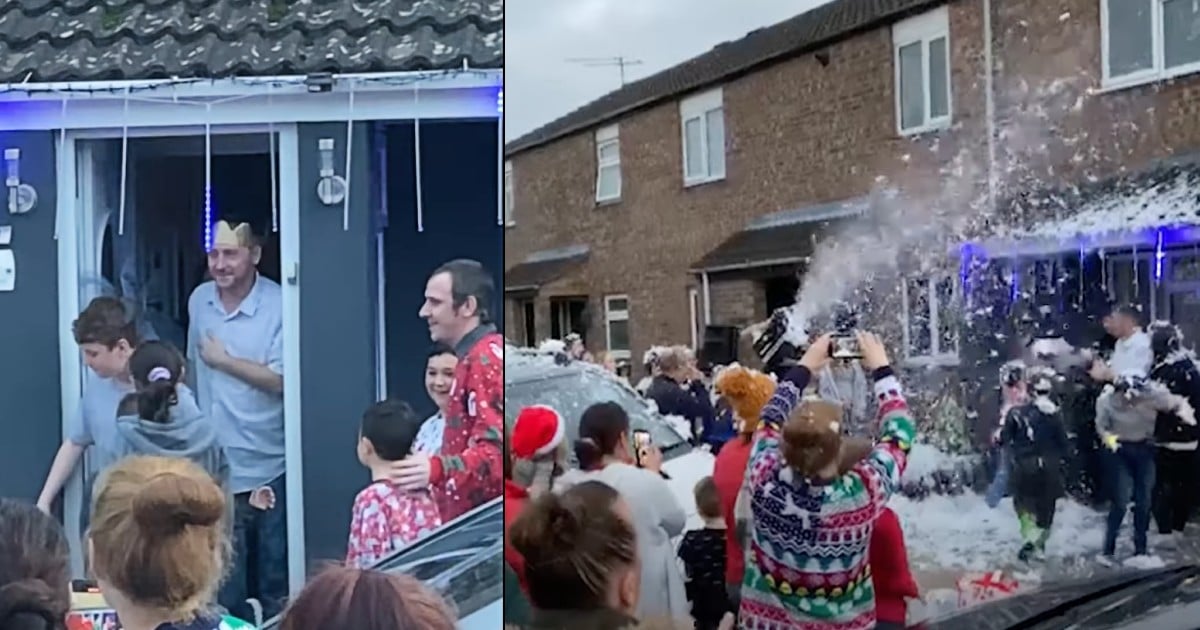 10-year-old Evan dressed up for Halloween as Tony Stark and was so excited to show off his costume at his class party. But then, his mom got a call that her son was in tears in the office.

When Jill Struckman sent her 10-year-old son Evan to school dressed up for his Halloween class party as Tony Stark, he was “over the top excited about his costume.” Tony Stark is the Iron Man character from the Marvel Avengers movies, played by actor Robert Downey Jr. And Evan absolutely nailed the costume!

RELATED: 6-Year-Old Looks To Escape Teasing By Going Under The Knife In Plastic Surgery To Fix ‘Elf Ears'

"Evan loves getting dressed up - and he was especially excited that day," she explained. "It was hard to get his makeup on straight because he was smiling so much."

So imagine Jill’s heartbreak when, 20 minutes later, the school called to report Evan was in tears after getting off the bus.

Apparently, after getting on the school bus, some kids made fun of Evan’s costume. And the bullies’ words knocked the wind right out of Evan’s sails.

Evan had started out the day so excited and proud to be dressed up for Halloween. Now, he had tears in his eyes and no longer wanted to attend the party. He’d wiped off the makeup and removed all of his carefully planned Tony Stark props.

"He kept saying, ‘we worked so hard on it,'" Jill said. "He was really thinking about how I would feel, which tells you a lot about him."

Evan was so upset when Jill talked to him on the phone, she decided to pick him up. She treated him to Starbucks and encouraged him to talk through his feelings.

After having the opportunity to regroup and with the support of his mom, Evan came to a really mature conclusion. The 10-year-old refused to let a few cruel comments steal his joy. He decided to head back to school, dressed up for Halloween. And an update from his mom confirmed he had a great time.

It’s truly inspiring to see how this young man turned things around. But the way he and his mom are handling the whole situation is pretty impressive, too.

Jill shared the story of how Evan dressed up for Halloween with her friends on social media. After one friend requested she make the story public, it went viral, with a slew of online support flooding in for Evan.

And how Jill Struckman responded to all the unexpected attention is inspiring.

Support Pours In For Bullied Kid Dressed Up For Halloween

For starters, Jill showed her son’s bullies so much grace and found a way to make a negative situation positive.

“I don't think the kids who said what they said are evil or anything like that!” she wrote in an update. “I think one kid said something mean and that others got caught up in it and it snowballed from there. It's another important conversation we should all be having with our kids- DON'T just go along with something you know is not right... I think all kids just want to fit in and sometimes that might mean agreeing with something you know is wrong The kids involved in this will do better... and Ev will do better because of this!!”

Jill had no desire to shame the ones who hurt her son. Instead, she wanted Evan’s story to remind people just how much power our words have. She wanted to use the situation as a learning experience for Evan and others.

Additionally, as more and more people heard of how her son was bullied for being dressed up for Halloween, kind strangers reached out wanting to send Evan gifts and money. But Jill Struckman graciously offered up some other suggestions.

“I think it's amazing how sweet people are BUT Evan really doesn't need it,” she wrote.”If you want to donate please instead make a donation to a charity or just do a good deed.”

YOU MAY ALSO LIKE: Chip & Jo 2.0: Toddlers Dress Up As Chip And Joanna Gaines For Halloween

We’re so glad to see how kindness triumphed in the end. And so proud of how both Evan and Jill turned a negative situation into a positive one. What an incredible reminder of how God can take what was intended for harm and use it for good!

“Death and life are in the power of the tongue; those who love it will eat its fruit.” Proverbs 18: 21