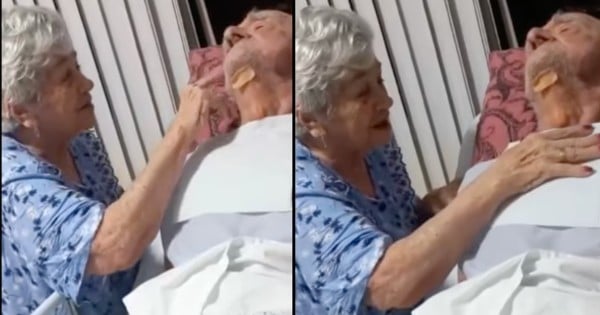 A pair of elderly pen pals have recently turned 100 years old after writing to each other for the past 80 years!

RELATED: The Friendship Between This Mailman And Dog Has Spanned 16 Years And It's So Heartwarming

Geoff Banks from Devon, England, and Celesta Byrne from New Jersey have set the record for the world's oldest pen pals. In 1938, after being paired up during an educational project, Geoff and Celesta started writing to each other at just 16 years old.

And 84 years later, the two are still pen pals!

"Somehow I ended up with this letter from an American girl, and we just kept writing ever since," shared Geoff.

The two even continued to keep touch while Geoff was serving in World War II. But Celesta shared that even after all these years of communication, they never became romantically involved.

Elderly Pen Pals Turn 100 After Over 80 Years Of Letters

"She's a very interesting person. She's always been there to write to, even if it was just birthday cards and Christmas cards," Geoff shared. "In one of my early letters I sent her a copy of a British paper in 1953 which had Queen Elizabeth II's coronation on the front of it. But we generally just chat about daily lives and our families-and put the world to rights, you know."

When putting pen to paper became more difficult for Geoff, the pen pals switched to sending emails back and forth. And recently, they had their first Zoom call together.

"It's nice to hear his voice," Celesta said.

After all those years of writing, the 100-year-olds only met for the first time in 2002, when Geoff was visiting New York during Christmas. They reunited again two years later when Celesta had Geoff over for lunch at her home in New Jersey when he was in the area.

YOU MAY ALSO LIKE: Veteran's Security Camera Catches A Time When Mailman Comes But Not To Deliver A Package

What a sweet story about a friendship that has stood the test of time!