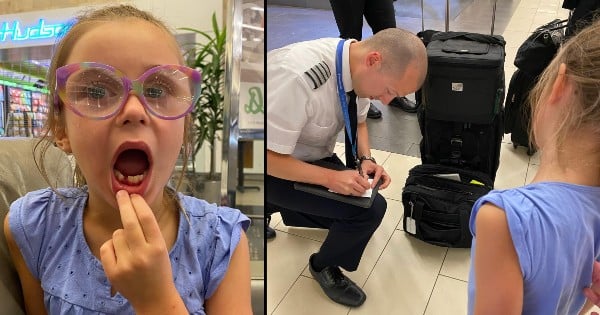 Little Girl Is Distraught After She Loses Tooth On Plane, Then A Pilot Steps In
Read Article »

One Ohio couple just celebrated 79 years of marriage and are both turning 100 years old! Talk about a lot of wonderful milestones to celebrate together!

The two lovebirds met at church and started out as friends. But when their friendship turned to love, the two decided to get married and became husband and wife on June 8, 1943. Shortly after, they had to spend two years apart during WWII when Hubert was serving with the Navy in Hawaii.

Once Hubert returned from the war, the pair created a beautiful life together in Hamilton, Ohio and had three children. And their legacy now includes seven grandchildren and 11 great-grandchildren!

Ohio Couple About To Turn 100 Celebrate 79 Years Of Marriage

Hubert and June are celebrating their 100th birthdays this year with a party and church service in their backyard. And their strong faith and love have been foundational to carry them through their 79 years of marriage together.

“We’ve never had a quarrel,” Hubert said. “We’ve never had one quarrel. We didn’t go through life without problems, but we would never do anything to hurt each other. If there’s controversy, you might have to walk away for a couple minutes.”

And after all these years together, June and Hubert still make spending time with one another a priority. They enjoy dinner and a movie together each night and share a kiss before going to bed.

YOU MAY ALSO LIKE: Actor Dick Van Dyke, Age 96, Says He's ‘Just Glad To Be Here'

What a sweet love these two share that has lasted a lifetime! God bless Hubert and June and their wonderful union.