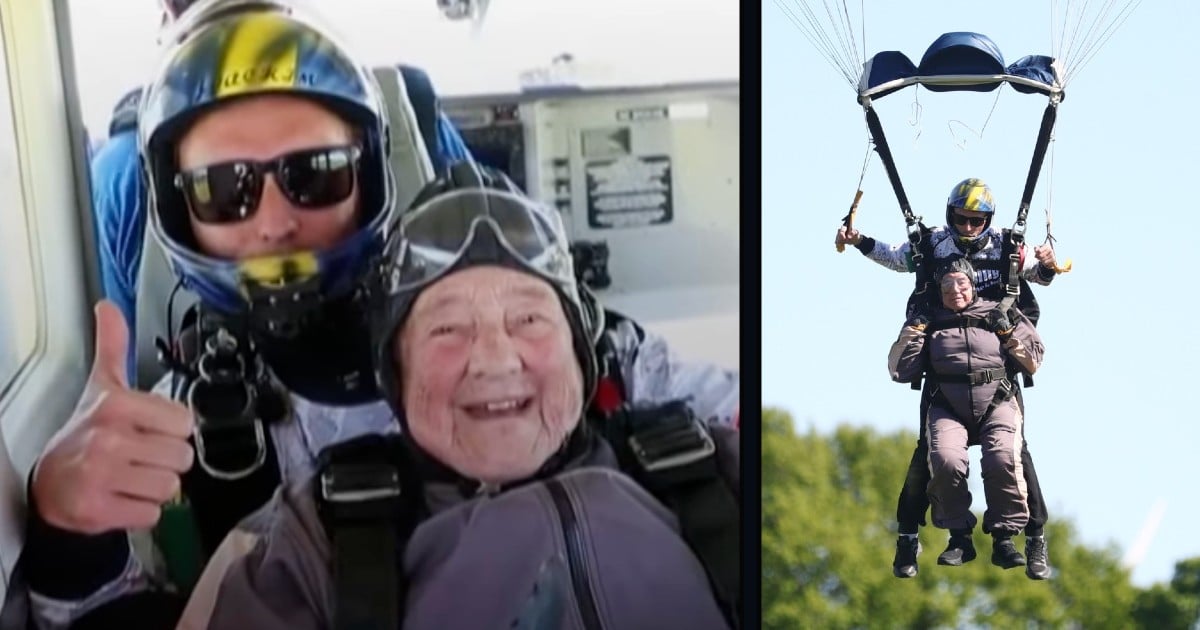 103-Year-Old Jumps Out Of A Plane For Her Birthday, Setting Record And Causing Awe
Read Article »

Actor Dick Van Dyke, age 96, was recently spotted in Malibu leaving a restaurant, and he shared that he was "just glad to still be here."

RELATED: Folks Are Losing It Over Dick Van Dyke Dancing And Singing At 96 In New Music Video With Wife

While Dick Van Dyke was out to lunch with friends and running errands, he was seen by the paparazzi looking happier than ever. And the people behind the camera wished him a Happy Father's Day before he went on his way.

The Chitty Chitty Bang Bang actor is known for staying fit and healthy despite his old age. He even shared that he still goes to the gym to work out three times a week! Now that's more than some people half his age!

"I've always been an exerciser and still am," said Dick Van Dyke. "I get in the pool and exercise. At my age, they say to keep moving. Put me on solid ground and I'll start tapping." It seems like there is nothing that can stop this talented actor & dancer!

Dick Van Dyke also shared that he likes to do water aerobics, lift weights, and walk on a treadmill while he is at the gym. But he said that his health can also be attributed to "good genes.”

No matter what genes he inherited, it is great to see Dick Van Dyke at age 96 still taking care of himself. Many of us grew up watching him in beloved movies like Mary Poppins. So it is wonderful to see that he is still around and enjoying his life.