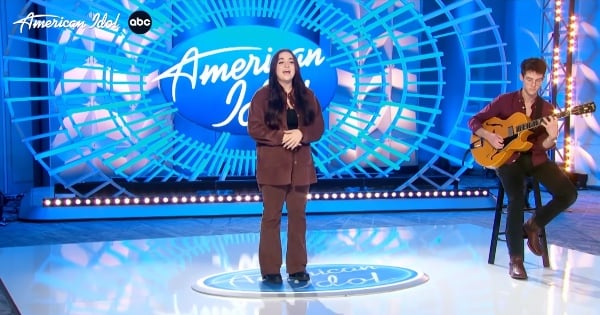 Check out 96-year-old Dick Van Dyke dancing with wife Arlene Silver (and singing, too!) in a music video for Arlene’s song, ‘Everybody Loves A Lover’. You may begin to see aging in a whole new light!

Most of us don't love the idea of getting old. We've witnessed the downside of aging that can include poor health, declining energy levels, feelings of loneliness, and depression. And it doesn't sound all that fun.

But, the talented Mr. Dick Van Dyke, who really is the total package in terms of his performing gifts-acting, comedy, singing, and dancing-looks anything but sickly, sluggish, or sad!

The video features Dick Van Dyke and Arlene Silver, the actor’s wife since 2012. It opens with a performance title, which looks a bit vintage with regard to font and style. We then make our way into a large room decorated with statues that look Roman or Greek, naked figures like we expect to see in museums. There are bold wall coverings in floral and fruity patterns. And, mirrors. There are mirrors of various shapes and sizes.

Next, we meet Arlene Silver, wife of Dick Van Dyke, as she struts up to an orange mirror. She's wearing black slacks, a black top, and a green sweater, which pulls out the jade of another colorful wall in view. She sings Doris Day's 1958 hit single "Everybody Loves a Lover" as she checks her make-up and hair in that mango-colored looking glass.

The first four lines of this fun and flirty song go as follows:

“Everybody loves a lover

I’m a lover, everybody loves me

Anyhow, that’s how I feel

Arlene continues singing as she twirls, snaps, and saunters her way across the room to her husband, seated in a chair that is also very bright and vibrant! Dick Van Dyke takes his turn and sings a verse. The song seems to be a simple message about how being in love can make a person feel pretty darn special in general!

Dick Van Dyke is just so on point! His gestures complement the lyrics, and his smile seems as young as it ever did. He rises easily from his chair and dances with Arlene, as others enter the scene.

RELATED: 94-Year-Old Grandma Shows Of Her Fancy Moves While Dancing With Her Family

Three gentlemen singers, known as The Vantastix contribute background vocals, and the famous jazz trumpeter Tony Guerrero spices up the number. The video is a delight, both visually and musically!

The couple sings together, embraces, and strolls over to sit on a loveseat as the song ends. There are glimpses of the nonagenarian as he playfully covers the nude figures with pieces of sheer fabric. Then, Dick Van Dyke and Arlene Silver share a quick kiss.

The final perfect wink to viewers at least half as old as Mr. Van Dyke is when he almost stumbles over an ottoman, which is what he did during every opening of the classic television show that bore his name.

YOU MAY ALSO LIKE: Dick Van Dyke Spoke Out In 1974 About Being An Alcoholic & His Words Are Just As Powerful Today

"They will still bear fruit in old age, they will stay fresh and green," Psalms 92:14