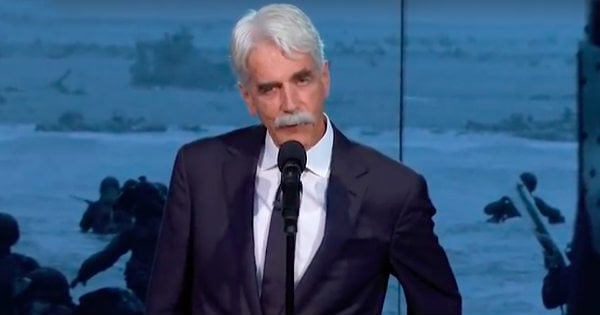 Actor Sam Elliot with a D-Day Speech to Remember: The True Story of an American Hero
Read Article »

They're calling this woman who happens to be 103 years old a daredevil, I'd call her a kindred spirit.

We're never too old to check this off our bucket list, nor are we too old to learn something new and go on an adventure. Rut Larsson at 103 years old jumps out of a plane for her birthday, setting a world record and causing awe!

RELATED: The ‘Longest Living Married Couple' Shares The Secret Behind Their 86 Years Of Marriage

The brave 103-year-old is officially the oldest woman to skydive. That's right, Rut tandem dived out of a plane. When she was in her 90, she was curious about taking to the sky and began researching paragliding and ballooning.

Then she learned of an American woman, Kathryn Hodges. Kathryn previously set a world record by jumping out of a plane at the age of 103 years and 129 days old. Naturally, the competitive streak in Rut came out and she just had to beat her at 103 years and 259 days old. Rut said, “There was an American woman who beat the record so I had to beat hers. It was wonderful to do this, I’ve been thinking about it for a long time.”

Even though Rut has a walker to assist her in getting around, she started the day by getting suited up in Motala, Sweden. As the plane took the skies, she posed for a photo with Joackim. He gave the camera a big thumbs up for her.

Minutes later, you could see Rut gliding through the air in a brightly colored blue and white parachute. Meanwhile, Joackim braced for impact and helped create a smooth landing for this brave and spunky woman.

Rut landed safely on the ground. And moments after, friends and family surrounded the 103-year-old. She posed for photos, holding a plaque of the world record. She said everything went as planned and that she was going to have cake when she got home to celebrate the moment.

Is it just me or is anyone else inspired by her bravery and goal of becoming the oldest woman in the world to skydive? I hope that when I get to be her age that I will be just as full of life and that I won't allow the thoughts of being too old to prevent me from living my best life.

YOU MAY ALSO LIKE: 93-Year-Old Grandma Gets Arrested After Being Good All Her Life But All Because She Asked For It

God wants us to live our lives abundantly and to the fullest. Rut is certainly living proof of his goodness and promises.

WATCH: 103-Year-Old Jumps Out Of A Plane For Her Birthday